12 Top Employers in Pennsylvania (And Some Seriously Cool Job Opportunities)

These companies help make Pennsylvania the best place to grow a career. 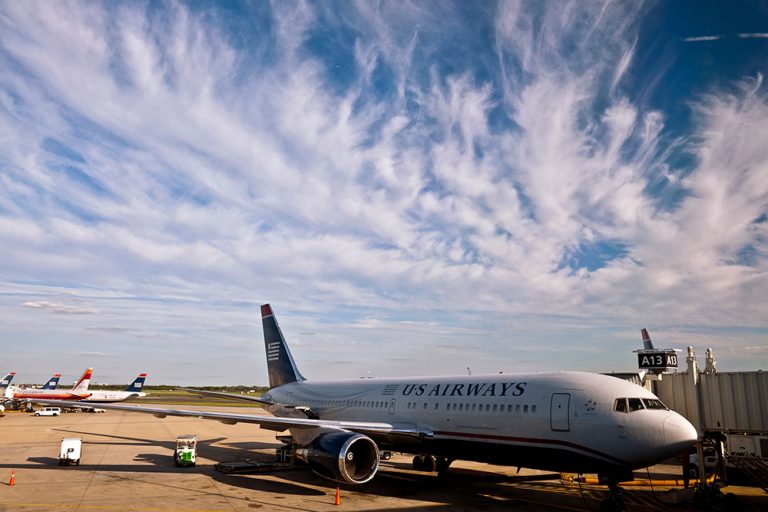 If you’re looking for the next step in your career, consider Pennsylvania.

The commonwealth is home to a diverse array of world-class companies, all joined together by common threads like innovation, creativity and advancing humankind.

Key industries here include life sciences, manufacturing, agribusiness, and logistics; many Pennsylvania cities have burgeoning high-tech sectors, too. Whether you’re an established executive, an entrepreneur with a fresh new idea or someone who’s looking to chart a totally new career course, you’ll find just what you need in Pennsylvania.

It’s no surprise that PA is home to some seriously cool companies – the state has the top-of-the-line infrastructure, a low cost of living, plenty of wilderness to explore, arts and cultural offerings, family-friendly activities and amenities and so much more. The people here are friendly, talented and highly educated – what more could a hiring manager ask for?

Plotting your next move? Take a peek at the fantastic companies and universities that call Pennsylvania home – and the cool job opportunities they have to offer.

Often referred to simply as “Pitt,” the University of Pittsburgh was founded in 1787 and features 16 schools and colleges on its urban Pittsburgh, PA campus. More than 30,000 students attend classes, and the university has multiple historic buildings. It’s a serious hub for innovation, with a long history of important contributions to the world – the Polio vaccine was developed here, as well as CPR (cardiopulmonary resuscitation), just to name a few.

Cool job: Researcher at the Louis J. Fox Center for Vision Restoration, which specializes in restoring people’s sight and supporting people who are challenged by vision loss.

2. The Children’s Hospital of Philadelphia

This world-class children’s hospital has been providing impeccable healthcare to children since 1855. In fact, it was the first hospital devoted exclusively to caring for children in the nation. Families trust in CHOP because of the hospital’s long track record of medical discoveries and innovations in neonatology, fetal surgery, cancer, cardiac genetics and more. It’s also regularly regarded as one of the country’s best children’s hospitals by U.S. News & World Report. If you’re looking for a career that will allow you to make a difference, consider joining the more than 14,500 employees who already work here.

Based in Pittsburgh, Uber Advanced Technologies Group is on the cutting-edge of self-driving car technology. The Pennsylvania team starts with a standard vehicle, then adds special sensors and software so that the car can “think” for itself. Researchers at Uber Advanced Technologies Group specialize in robotics, machine learning and computer vision.

Merck, aka MSD, is one of the world’s leading biopharmaceutical companies. With a handful of Pennsylvania locations, Merck is inventing and developing life-saving medicines and vaccines for illnesses like HIV, Ebola and cancer (they’re also focused on medicines and services for pets!). The company has more than 71,000 total employees and conducts nearly $10 billion worth of research each year.

Commonly known as Penn State, the main campus of Pennsylvania State University is located in University Park, PA. Across the university’s 24 campuses, there are more than 31,000 full-time employees making a difference in the lives of more than 91,000 students. The university offers more than 440 bachelor’s, associate and graduate degree programs.

Located in Berks County, PA, East Penn Manufacturing is the largest single-site manufacturing facility in the world for lead batteries. This private, family-owned company makes batteries and other products for cars, boats, forklifts, trains and energy providers, just to name a few. It’s consistently ranked as one of the best places to work in PA – and it shows. More than 35 percent of employees have been with the company for more than a decade.

Headquartered in the Philadelphia suburb of Horsham Township, PA, Bimbo Bakeries makes bread and baked goods products for brands like Thomas, Sara Lee, Oroweat and Entenmann’s. The company employs more than 20,000 people across its corporate headquarters and its 60 bakeries.

Pittsburgh is where it all began for Heinz, maker of ketchup and tons of other condiments. Thanks to a 2013 merger, Heinz is now part of Kraft Heinz. The company is co-headquartered in Pittsburgh and Chicago and has more than 38,000 total employees at locations worldwide. Though this company has a long and storied history, it also has an eye toward the future – in fact, an entrepreneurial and forward-looking spirit permeates throughout Kraft Heinz. Today, the company still makes ketchup, but it also makes popular products like Kool-Aid, Jell-O, Grey Poupon, Oscar Meyer and Ore-Ida.

Hershey is one of the best-known brands in the world – and it’s all thanks to Pennsylvania. Headquartered in Hershey, PA, the company has a long history in the commonwealth dating back to 1894. Today, Hershey continues to make milk chocolate but has also branched out into other candies, including Reese’s, Kit Kat, Cadbury, Jolly Ranchers, Twizzler, Payday and Rolo, just to name a few. The company has approximately 18,000 employees around the world.

Cool job: Food technologist, a member of the research and development team who experiments with new recipes, ingredients and packaging.

Originally founded in New York in 1948, today Dick’s Sporting Goods is headquartered in Pittsburgh. The popular chain operates more than 720 stores across the country and is a leading retailer of sports equipment, apparel, shoes and more. Dick’s also owns Golf Galaxy and Field & Stream.

Cool job: Senior buyer, a role that involves investigating – and testing out – the next hottest products in the world of sporting goods.

Philadelphia International Airport generates more than $16.8 billion every year for the region’s economy. It’s run by the city of Philadelphia and is home to more than 21,000 employees for various companies. The airport is a major hub for American Airlines and UPS.

Cool job: De-icer, a super important member of the crew who helps airplanes get off the ground in this chilly Pennsylvania city.

Since its founding in 1921 by four Navy buddies in Philadelphia, Pep Boys has remained true to its roots while also staying ahead of the curve in the auto parts and services industry. Today, the company remains headquartered in Philadelphia but has expanded to include more than 1,000 locations across the country.