A closer look at Pennsylvania's thriving tech scene and the innovative companies and universities that are helping fuel it. 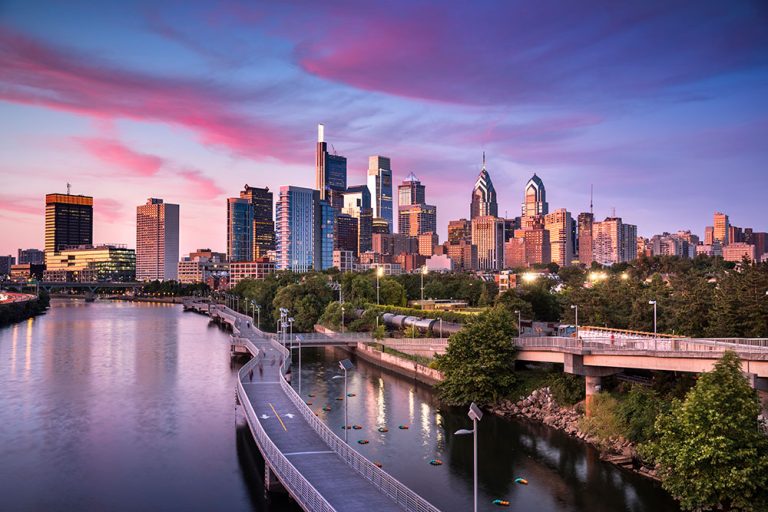 Pennsylvania played a starring role in the industrial revolution, which explains why so many people still associate the state with its industrial roots. But the entrepreneurial spirit woven into Pennsylvania’s DNA, as well as a strategic decision in the 1980s to substantially invest in tech-based economic development, has given way to a thriving tech scene that rivals more well-known tech hubs around the country – and definitely deserves a closer look.

Newcomers are often surprised by the diversity of tech innovations and industries in Pennsylvania, as well as the assets and talent spread throughout the state, says Ryan Glenn, director of statewide initiatives for Ben Franklin Tech Partners, which provides funding, businesses assistance and networking opportunities to technology firms throughout Pennsylvania.

The state’s companies and universities are at the forefront of tech in a wide variety of industries: Seven leading research universities call Pennsylvania home, and the state has competitive tech clusters that include robotics, advanced materials and manufacturing, healthcare IT, medical diagnostics and therapeutics, software development, powdered metals and connector technology.

To get specific, one of the first producers of microchip wafers (IQE) was founded and located in Bethlehem – yes, in the same town as Bethlehem Steel, Glenn points out. “We are also the birthplace of cable television, the polio vaccine and, believe it or not, the smiley emoticon,” Glenn says.

But unlike some of the hot tech scenes that people often think of – Silicon Valley, Seattle and New York City – those who grow their careers in Pennsylvania can enjoy an affordable cost of living while still having access to arts and culture, amazing food, great craft beer, major league sports and more.

An Ecosystem to Support Tech

In the early 1980s, Pennsylvania’s economy was dealing with high unemployment as major industries like steel were in severe decline, Glenn explains. The state needed a bridge between its struggling manufacturing economy and the technology-based economy that would carry the state forward.

The state government put Pennsylvania on the trajectory to become a tech hub, and, in 1983 created Ben Franklin Technology Partners. Launched in collaboration with the state’s universities, it has become one of the nation’s longest-running tech-based economic development programs.

The idea? Ben Franklin Technology Partners was founded to accelerate the development of technology-based industries by investing in start-ups and funding innovation in established industries, Glenn explains. The organization serves all 67 counties in Pennsylvania through four regionally based centers

“Over the past 35-plus years, Ben Franklin has been the most widely known and emulated technology-based economic development program in the nation and is still considered the gold standard for driving and cultivating an innovation-led economic ecosystem,â€ Glenn says.

Early on, Ben Franklin focused on helping research universities move basic research projects into applied research areas that could be transformed into products and services, Glenn says. In the 1990s, Ben Franklin shifted its approach to focus on entrepreneurs and start-ups and helping established manufacturers adopt and become more innovative to compete in the global economy.

“Now, our work is focused heavily on supporting start-up entrepreneurs and surrounding them with a nurturing, supportive ecosystem that enables them to thrive, grow and become the employers of the future,â€ Glenn says.

An independent study of the program has shown that Ben Franklin has helped create more than 148,000 additional jobs and contributed more than $25 billion to the Pennsylvania economy. State investment in the program from 2012-2016 produced $3.90 in additional state tax revenue for every $1.00 invested.

“There’s a willingness of individuals throughout the ecosystem to help anyone looking to develop, market or build on an idea,â€ he says. Each corner of the state has pockets of expertise, and statewide there are resources that can support businesses and entrepreneurs.

The Factory and its accelerator in the Lehigh Valley holds frequent events where hundreds of start-ups have a place to pitch their companies. In the Northeast, TekRidge Center supports the growth of relocating and expanding businesses within Lackawanna County, and the Scranton Business Center is a state-of-the-art business facility built in 2003 that houses anchor tenants and a Business Incubator for new and expanding small businesses.

In Lancaster, The Candy Factory, which was the first co-working space in central Pennsylvania, opened in 2010 and today has more than 200 members, about 60 percent of whom are in technology fields, says founder Anne Kirby. Membership ranges from self-employed software developers to remote workers working for businesses of all sizes and industries.

“We have a strong tech scene in Lancaster and I know that our members are always sharing skills and work amongst each other,â€ she says. “It’s very supportive.â€

With remote working becoming more acceptable, especially since COVID-19, she hopes to see more people choosing to live in smaller cities, growing the talent in these areas even more.

Pennsylvania boasts all kinds of tech success stories, with elite research universities and inventive companies spread throughout the state.

Carnegie Mellon University in Pittsburgh, for example, is known for its tech commercialization and spin-offs and producing world-class talent in the tech space. University City Science Center in Philadelphia offers labs, office space and support services for entrepreneurs. Harrisburg University is consistently ranked among the top universities for science, technology, engineering and math.

With a pipeline of talent from nearby universities and a statewide ecosystem that supports tech, every major and mid-sized city in the state now has robust innovation and start-up ecosystems. Helping spread the talent throughout the state are Keystone Innovation Zones, an incentive program that provides tax credits to companies less than eight years old operating within targeted industries.

The result is a statewide roster of established and up-and-coming tech companies.

Pittsburgh-based Duolingo, for instance, is a homegrown tech company that’s reached the tech world’s esteemed “unicornâ€ status, a term in the venture capital industry to describe when a privately held startup company is valued at $1 billion or more. The language learning platform uses bite-size lessons to teach users new languages and employs many Carnegie Mellon University graduates and Pittsburgh locals.

In the south central region of the state, York Exponential is a manufacturer poised to transform the area into a robotics hub. Offering permanent robotic installations for companies and a “Robot as a Serviceâ€ rental model, YorkEx was already growing, but its necessity was recently amplified by COVID-19. The pandemic has shifted the need for robots from “novel to practical,â€ explains John McElligott, the company’s CEO.

On the health care front, biopharmaceutical company American Therapeutics, a New Jersey-headquartered company, recently expanded in Philadelphia to partner with gene therapy researchers at the University of Pennsylvania and Penn Medicine, setting up shop in the University City Science Center, which is brimming with innovation. Recently, Cognition Therapeutics, a company developing a cure for Alzheimer’s disease, won a $75.8 million grant from the National Institute of Aging. In Scranton, Signallamp Health, Inc., a platform for integrated clinical services, expanded its offerings in 2019 to provide telehealth services to individuals with Opioid Use Disorder. Leveraging a total of $270,000 in Ben Franklin investments, the company earned follow-on funding from angel investors and venture capitalists, now employs 69 people, and has plans for substantial growth.

Rounding out the appeal of Pennsylvania, though, is the way of life. “With a bursting craft beer scene, limitless outdoor recreation activities, world-class cities and easy access to New York, Washington DC, beaches and winter sports, Pennsylvania offers exceptional quality of life for technology company founders and employees,â€ Glenn says. “It’s an exciting time to be in Pennsylvania.â€