This State Leads the Way in Artificial Intelligence

From autonomous vehicles and robots to moon rovers and more, Pennsylvania excels at innovation. 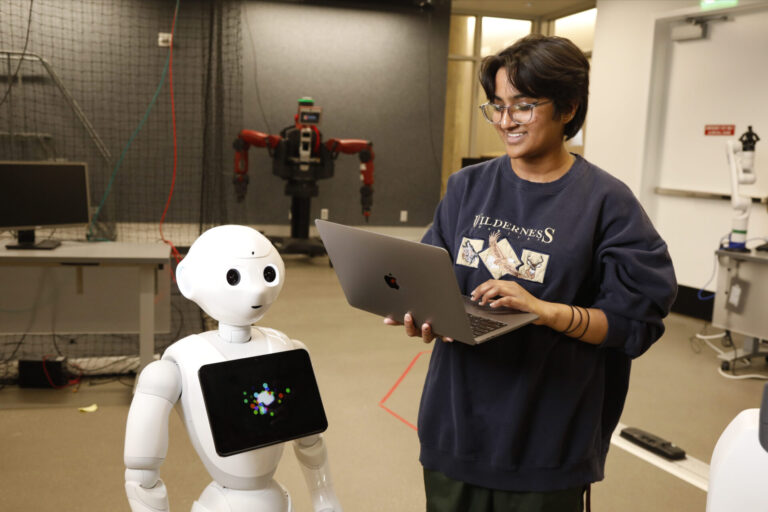 As the home of top-notch universities and a growing number of cutting-edge companies, Pennsylvania is able to marshal world-class research to launch new ventures that are disruptive forces across a range of industries. The state is the birthplace of artificial intelligence and continues to be a leader in AI innovation.

Helping fuel innovation in Pennsylvania is a critical mass of private companies, higher education institutions and research organizations that collaborate. Together, they’ve positioned Pennsylvania as a leader in mobility, from electric transportation to autonomous vehicles to space exploration.

A collection of standout universities gives Pennsylvania research heft that fuels innovation in areas such as artificial intelligence, robotics and autonomous vehicles.

The University of Pennsylvania, Penn State, the University of Pittsburgh and Carnegie Mellon University (CMU) are among the top research universities in the U.S. CMU in particular has a rich history of AI innovation, offering the country’s first bachelor’s degree in artificial intelligence.

A number of AI projects are being led by the university, including one to solve a global food crisis by using robotics and AI technologies to improve plant breeding, and another collaboration that aims to translate genetic findings into new therapies for Alzheimer’s disease.

An Education in Innovation

Carnegie Mellon University is building a pipeline for the next generation of innovators with projects like the CMU Computer Science Academy, which is a free, online graphics-based computer science curriculum that’s reached more than 114,000 students to date.

On the highlight reel this year are two major space projects, says Martial Hebert, dean of the School of Computer Science at CMU. MoonRanger, a small robotic rover being developed at CMU, and its spinoff Astrobotic, is prepped for a 2022 mission to search for signs of water at the moon’s south pole.

Separately, CMU’s shoebox-size Iris rover is aiming to be the smallest and lightest rover to land on the moon. Over the past few years, more than 200 CMU students have worked on the rover, which is equipped with cameras and is set to make observations of the moon’s terrain and rock formations.

Strong partnerships between CMU, the city and local startups have helped make Pittsburgh a hub for AI innovation, Hebert says.

The world-class research talent at institutions such as Carnegie Mellon and the University of Pittsburgh has also made the state a hub for autonomous vehicles.

Global technology companies in the AV realm, including Aptiv, Qualcomm and Aurora Innovation, have invested millions of dollars in the state.

Pennsylvania offers world-class facilities for vehicle research. For example, the Thomas D. Larson Pennsylvania Transportation Institute at Penn State was designated as an Automated Vehicle Proving Ground by the U.S. Department of Transportation and is one of just 10 selected sites across the country.

The 1-mile oval track features a vehicle-handling area and durability-testing course. The institute is helping advance AV innovation in a number of ways, including investigating how autonomous vehicles behave in road construction zones, studying how drivers obtain trust in AVs, and testing new driver-assist and fully autonomous algorithms to allow vehicles to perform safely in icy or wet conditions.

A new autonomous vehicle will arrive in the summer to support a Penn State student team’s entry into the Society of Automotive Engineers AutoDrive Challenge II competition, an intercollegiate contest where students are challenged to program an AV to perform increasingly difficult driving tasks.

An emerging company in robotics development is Philadelphia-based Ghost Robotics, which develops agile and all-weather autonomous four-leg robots, known as Quadrupedal Unmanned Ground Vehicles, or Q-UGVs, used for military, defense, security and other purposes. The company’s Q-UGVs mimic how mammals operate across a range of urban and natural environments.

In addition to AI and AV, Pennsylvania is a hotbed for robotics companies. In 2020, for instance, Astrobotic Technology, a space robotics company whose mission is to make outer space accessible to the world, expanded its headquarters in Pittsburgh.

In Philadelphia, Ghost Robotics serves military and commercial customers with legged robots that can navigate unstructured terrain. The company will be moving into new offices in the Philadelphia Navy Yard.

“One of the reasons it makes sense for us to be headquartered in Philadelphia is because we have access to the best and brightest talent coming out of the outstanding robotics programs at the region’s top colleges and universities,” says Michael J. Subhan, chief marketing officer for Ghost Robotics.