Why Do Manufacturers Choose Pennsylvania? 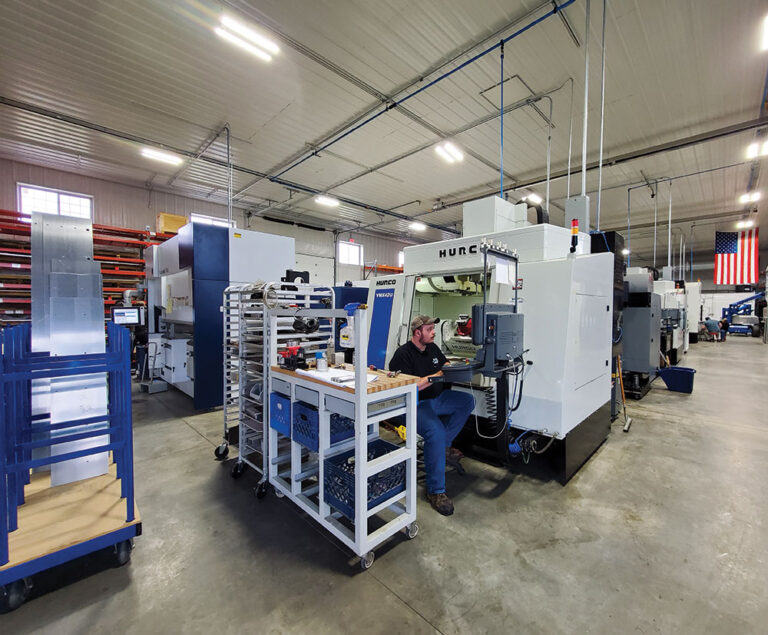 Roads, railways, rivers and airports make it easy for people and products to get from Pennsylvania to anywhere in the country or around the world, but that superior transportation network is just one of the reasons the Keystone State is the ideal place for manufacturers to invest, grow and create jobs.

Lower industrial energy costs than other Mid-Atlantic and New England states, a network of training resources and a full pipeline of skilled labor help the state’s 19,000 manufacturing establishments succeed. Altogether, they employ 545,000 Pennsylvanians who produce products ranging from motorcycles to crayons to food products to guitars, baseball bats and consumer goods.

But it’s not just a leader in traditional consumer goods. Manufacturing in Pennsylvania is at the leading edge of advancements in artificial intelligence, robotics and additive manufacturing as well as new technology-driven industries such as autonomous vehicles.

The Workforce & Economic Development Network of Pennsylvania (WEDnetPA) provides funds to train workers in areas such as manufacturing operations, machine maintenance and advanced technology. Funding is available to existing companies as well as out-of-state companies that relocate to Pennsylvania. The program has updated and improved the skills of more than 1.2 million Pennsylvania employees.

Pennsylvania’s manufacturers benefit from a well-developed infrastructure that includes an integrated network of interstate highways, 64 railroads and ports with access to the Great Lakes, the Gulf of Mexico and the Atlantic Ocean.

Those attributes helped make it the right place for CaptiveAire to grow. The company, which arrived in Bedford County in 2009, has expanded several times, in part because of access to a highly skilled and productive workforce.

The company, a manufacturer of commercial kitchen ventilation systems and commercial HVAC equipment, cut the ribbon on a 102,000-square-foot expansion that is adding 30 jobs. Bedford County’s location, at the crossroads of Interstate 99 and I-76 gave it a decided advantage.

“We are thrilled to expand our Bedford manufacturing facility,” says Bob Luddy, CaptiveAire’s president. “This growth will allow us to serve the needs of our customers in the Northeast region with shorter lead times and faster replacement timelines.”

The state’s award-winning Ben Franklin Technology Partners (BFTP) is one of the nation’s longest-running, technology-based economic development programs. BFTP provides companies with funding, expertise, and access to a network of resources. A 1:1 matching grant is available for technology-based, enterprise-wide innovation in established manufacturers.

Pennsylvania also benefits from a state support structure that helps foster the relocation and growth of manufacturing businesses. One example is MI Windows and Doors, one of the nation’s largest suppliers of vinyl and aluminum windows and patio doors and a fixture in Central Pennsylvania.

The company is investing $27 million to expand its capacity in Dauphin County, where it is adding 90,000 square feet of production space.

The expansion is expected to add nearly 100 jobs to the 1,500-member workforce. The expanded facility will feature two additional vinyl window production lines, a new automated glass room and a training center. It will also include several enhanced safety features.

MI’s expansion was aided by a coordinated effort of the Governor’s Action Team, which works with companies considering locating or expanding in the state. MI received a funding proposal from the Governor’s Action Team that utilized different sources of state funding to off set the costs of the project and bolster its workforce through job training.

The Next Manufacturing Center is one of the world’s leading centers of innovation in additive manufacturing (AM), known as 3-D printing. Nearly three dozen Next faculty members conduct research on materials, new designs, equipment, processes and anything else associated with advancing AM. Using AM designs and processes results in more lightweight parts, which is important in the aviation, aerospace and automotive industries.

Support from the state also helped Advanced Acoustic Concepts decide to expand in Fayette County and consolidate operations there into its main building in the University Business Park.

The company, a provider of undersea warfare solutions for integrated USW systems, sensors, weapons and trainers, is investing $1.2 million to add 30,000 square feet of production space and expects to create 36 jobs.

The site plays a key role in development and manufacturing for the U.S. Navy and is the company’s largest facility. The company received technical and financial assistance from the Governor’s Action Team, which helped pave the way for a smooth expansion.

Frank Gail, the company’s vice president and general manager of Pennsylvania operations, says the support from local and state leaders was “invaluable in helping our company remain in the local area and provide positive employment and growth opportunities for the community.”