The Best Cities in Pennsylvania for Food & Drink

From farmers and producers to beloved food companies, the commonwealth is a foodie’s paradise. 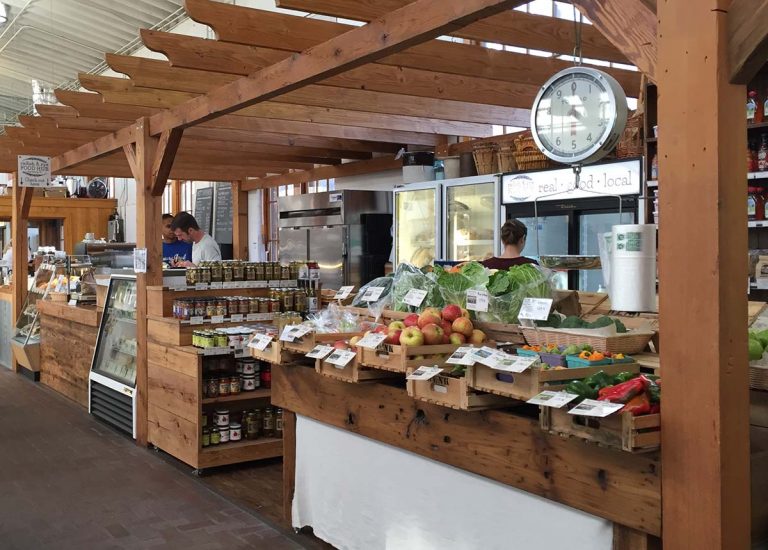 From rolling farm fields to the dinner table to the grocery store shelves (and everywhere in between), Pennsylvania is a food leader. The state is a top producer of dairy, livestock and produce, thanks to great soil, a strong tradition of farming, partnerships with local universities and world-class infrastructure. Beyond that, Pennsylvania is a leading food manufacturing and processing state, with companies making everything from pretzels and potato chips to butter and chocolate products.

Whether you want to pursue a career in food science or production, or you just want to sit down for a truly delicious meal, you’ll find all that and more in these six top cities for food and drink.

Lancaster is making quite the name for itself when it comes to food (in the best way possible!). Thanks to this mid-sized city’s welcoming and inclusive atmosphere, it’s become a hub for refugees and immigrants – and their delicious cuisines. Today, Lancaster offers residents and visitors an eclectic smorgasbord of foods from all over the world, including Vietnamese, Japanese, Caribbean, Nepalese and Middle Eastern fare, plus plenty of hybrid and fusion foods, too. Dining aside, Lancaster is also a hub for food innovation and manufacturing. Auntie Anne’s, the popular pretzel chain, is headquartered here, and companies like Kellogg, ConAgra Foods and Frito-Lay also have locations in Lancaster.

Pottsville may be small, but this eastern PA city sure is mighty. It’s home to Yuengling, a brewery founded nearly 200 years ago right here in Pottsville. You can take a tour to see how this popular beer gets made and learn more about the brewery’s storied history. When you’re done, head to WHEEL, a restaurant specializing in gourmet grilled cheese sandwiches with more than 85 ingredients to choose from (you can even build your own – nothing is off limits!), then browse the shelves and grab a cup of coffee at Pressed Coffee & Books.

Welcome to York County, AKA the snack capital of the world. And they’re not exaggerating, either. In this southern PA region, you’ll find a lot of heavy-hitting snack makers – pretzel makers like Snyder’s of Hanover and Revonah Pretzels, as well as potato chip manufacturers like Utz Quality Foods and Martin’s Potato Chips, just to name a few. You can satisfy your curiosity – and, of course, your taste buds – by taking factory tours at many of these plants. But you can’t live on snacks alone (or can you?). Hanover is also home to some unique bars, restaurants and dessert shops too, including Dough and Arrows, which specializes in edible cookie dough. Are you drooling yet?

The secret’s out – the state’s capital city is starting to get recognized for its burgeoning food scene. Dozens of new restaurants opened their doors in Harrisburg in 2019. What’s more, the city’s craft beer scene is also exploding (there’s even a special beer trail you can explore). Whether you’re on the hunt for delicious Asian fusion food or you want to enjoy a glass of wine at one of the region’s many vineyards, you’ll find it all in Harrisburg. You can also connect directly with farmers, purveyors, chefs and other food artisans when you visit the Broad Street Market, a true foodie’s haven with roots dating back to 1860.

Hershey is one of the original Pennsylvania foodie cities. And, in fact, without its namesake chocolate products, this small town wouldn’t exist. Milton Hershey decided to move his growing chocolate empire to central PA in the early 1900s because of the easy access to nearby dairy farms, which provided the key ingredient he needed for his legendary milk chocolate. Along with his new factory, which opened in 1904, Hershey knew he needed to build a town for his many workers – hence, Hershey, PA was born. Today, Hershey continues to be the epicenter for all things chocolate, but has also become a hotbed for craft breweries, wineries and delicious dining (and, no, dessert isn’t the only thing on the menu at Hershey restaurants!).

Whether you love it or hate it, ketchup is one of the most popular condiments in America. And though the first catsup recipes originated in Asia, the tomato-based ketchup we’re familiar with today got its start in Pittsburgh in 1876, thanks to H.J. Heinz. That same spirit of food innovation is alive and well in Pittsburgh today, but goes far beyond bottled toppings. Now, Pittsburgh has a booming food scene, complete with upscale fine dining, farm-to-table restaurants, casual joints, microbreweries, food festivals and a rich diversity of ethnic foods. If you want to eat it, Pittsburgh’s got it. The city is also home to leading food manufacturers like TruFood Mfg., which makes 200 pounds of snacks, chocolates, protein bars and other foods every minute.