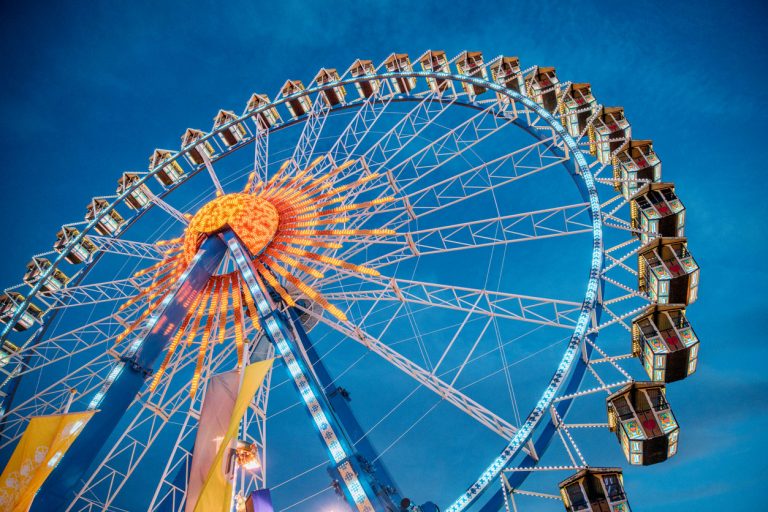 Pennsylvania is a hotbed of innovation and creativity – and it always has been (Benjamin Franklin lived here, after all).

From life-saving vaccines to day-saving chocolates, you can thank Pennsylvania residents for coming up with some seriously cool inventions, many of which you probably use (or eat!) on a regular basis.

With its business-friendly climate, quality infrastructure and robust support for entrepreneurs, it’s no surprise that Pennsylvania is such a powerhouse when it comes to thinking outside the box. Bottom line? Countless awesome foods, gadgets, medicines and toys originated in this great state – and more are being added to the list every day.

Here are 10 inventions, innovations and ideas that wouldn’t exist without Pennsylvanians:

Polio was a horrific and heartbreaking disease that disabled some 35,000 people each year during the late 1940s and early 1950s. Fortunately, the disease’s reign of terror did not last forever. While working at the University of Pittsburgh, virus expert Jonas Salk and a team of researchers developed a pioneering polio vaccine that effectively eliminated polio. Thanks to this life-saving Pittsburgh invention, zero cases of polio have originated in the United States since 1979.

If you’ve ever experienced the joy of riding a Ferris wheel at an amusement park or the local county fair, then you’ve got Pennsylvania to thank. Pittsburgh engineer George Washington Gale Ferris Jr. came up with the design for a massive revolving wheel ahead of the 1893 World’s Fair in Chicago. The original Ferris wheel was gigantic, spanning 250 feet in diameter and carrying cars that could hold up to 60 people each.

Long before Jeep became a household car brand, a hard-working auto manufacturer in Butler, PA, came up with the first prototype for this rough-and-tumble style of vehicle. In 1940, the U.S. Army asked American auto-makers to design – in less than 50 days – a very specific vehicle that could withstand the demands of war. The American Bantam Car Company, located in Butler, was one of just two companies that responded to the request. The tough new vehicle, originally called the Bantam Reconnaissance Car, could haul soldiers and heavy artillery and climb over rough terrain. All told, Bantam produced 2,675 jeeps, but could not keep pace with the Army’s demands. The Army gave the vehicle’s blueprints to other auto-makers, which churned out 600,000 jeeps for World War II.

Make a mistake while writing with a pencil? No problem. Simply flip it over and use the eraser on top to rub out your error. This handy little invention comes to us from Hymen Lipman, a Philadelphia resident who sold pens, paper and other office supplies. Lipman filed the first patent for a lead pencil with an attached eraser way back in 1858, then sold the patent to an entrepreneur. Unfortunately, the U.S. Supreme Court determined this wasn’t actually a new invention, just a combination of two earlier inventions – pencils and erasers. Patent law aside, this classic combo is still pretty handy today, even in an era of computers and smartphones.

Where would we be without Hershey’s chocolate? S’mores would be bland, ice cream would be sad and holiday cookies would lack pizzazz. Thanks, Pennsylvania! Milton Hershey founded this ultra-successful candy company in 1894 in Lancaster, PA. Not long after, Hershey built a factory and a model town by the same name, Hershey, PA. Today, Hershey’s makes popular candies like Reese’s, Almond Joy, Twizzlers, Jolly Ranchers, Rolo and more.

Though “catsupâ€ had a long history in Asia, the tomato-based “ketchupâ€ we know and love today was invented in Pittsburgh. Back in 1860, H.J. Heinz began selling pickles, vinegar and horseradish in clear glass bottles, which allowed people to see the quality of the foods and condiments they were buying. Then, in 1876, he started making a new condiment that would someday become a household name: ketchup. And the rest is history.

These days, Pittsburgh residents are still pretty obsessed with ketchup, putting it on anything and everything. Just make sure it’s Heinz!

8 Reasons to Move to Pennsylvania

Believe it or not, the Slinky was an “oopsâ€ invention, created by accident in Clifton Heights, a suburb of Philadelphia. In the early 1940s, mechanical engineer Richard James was trying to design a useful device for Navy ships. But, as the legend goes, he accidentally dropped some coiled wires on the ground and had an epiphany when they tumbled end-over-end. It seemed like a fun, simple toy that could have mass appeal. His wife, Betty, came up with the name after scouring the dictionary for a word that might fit. After the husband-and-wife duo did a demonstration at a Gimbels department store in Philadelphia, Slinkies became the hottest Christmas toy of the 1945 shopping season.

The revolving door, aka the three-way storm door, was the brainchild of Philadelphian Theophilus Van Kannel. Necessity is the mother of invention, as the saying goes, and that’s certainly true for Van Kannel. He was sitting in a building lobby on a cold winter’s day and noticed that every time someone opened the door, a cold gust of wind blew through the lobby. Perturbed by this disturbance, he took matters into his own hands and invented the revolving door. Not only did it help keep out snow, rain and wind, but it also helped alleviate issues caused by pressure differences in skyscrapers and it became an important architectural element.

How many times a day do you casually insert a smiley face into a text message or email? Bet you’ve never stopped to consider that someone actually invented this handy communication tool. It was a professor at Carnegie Mellon University in Pittsburgh by the name of Scott E. Fahlman who first put together three punctuation marks to create the iconic low-tech emoticon – it looked like this :-). He posted the world’s first-known smiley face on an online bulletin board in 1982.

Though simple crayons were probably invented somewhere in Europe (no one knows exactly when!), the multi-packs of colorful crayons that we know and love today were born in Easton, PA. Alice Binney, a school teacher, first came up with the idea and suggested it to her husband Edward Binney. The manufacturing company he co-owned, called Binney & Smith, began making and selling crayons in 1903. We can also thank Alice Binney for the name “Crayola,â€ which has become a household name over the last 100-plus years. Today, the company still manufactures more than 3 billion crayons each year.