Brews and Berries Bring Business to the Poconos 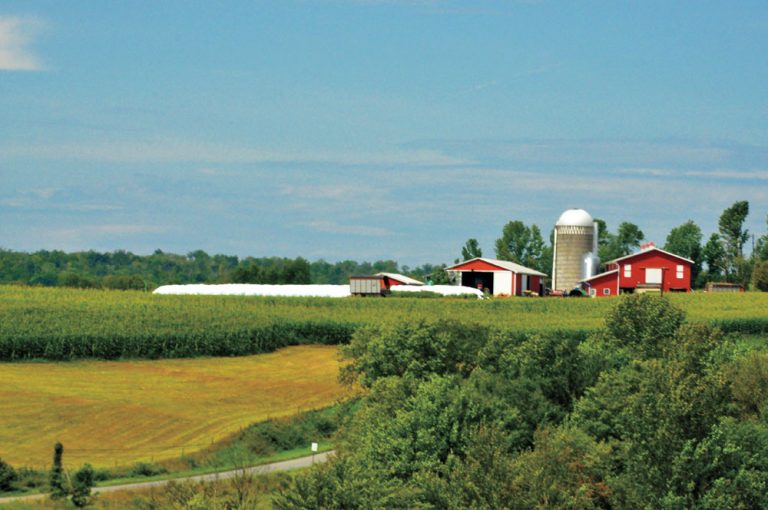 Specialty food and drink production is rapidly growing into an abundant cash crop in the Pocono Mountains region.

A tourism and hospitality hub for generations, the region is now supplying the increasing consumer appetite for organic and locally grown food, with everything from craft beer to healthy snacks, artisanal cheese and ice cream.

Organic farming practices are increasing in the region. A U.S. Department of Agriculture report shows Pennsylvania has the fourth-largest number of organic farms in the country. Historically, this northeast corner of the Keystone State has deep agricultural roots.

Buy Fresh From the Farm

Locally owned operations in Wayne County like the Coutts family’s Paupack Blueberry Farm have been growing the luscious fruit since the mid-1960s. It is a popular U-pick site, with fresh blueberry muffins available. Each autumn, people drive for miles to Rickard’s Cider Mill in Honesdale for a gallon of pure apple cider, squeezed with no preservatives since 1929. Nearby, Calkins Creamery is an award-winning farmstead cheese operation on the 125-year-old Highland Farm. It produces a variety of raw milk and pasteurized artisanal cheeses.

On the Riverside Farm in Waymart, the Creamworks Creamery has been making dairy products, including ice cream, for nearly a decade. A short distance away in Wayne is Shemanski Maple Syrup, a small commercial sugaring establishment. An ancestor reportedly gifted maple sugar to George Washington.

“We believe in healthy food for us, our goats and our customers,” says Jeff Henry, the fifth generation to live on the 100-acre farm. “Cheese made in traditional ways from animals on pasture is certainly something to celebrate.”

A new face in the region’s food production arena is Terrafina LLC, a sustainability-focused manufacturer of healthy snack options.

After a two-year search for a new home, the company moved its operations from New York City to a 72,000-square-foot facility in East Stroudsburg, investing more than $4.1 million into the project. Terrafina opened its doors at its new digs in spring 2018, creating 120 new jobs.

Terrafina was attracted to the community for several reasons, says Paul Miller, vice president of sales.

“The potential of at least five-fold increase in productivity and close proximity to I-80, an important transportation artery,” Miller says. “There’s a strong local labor pool, and having East Stroudsburg State University nearby is a plus. And key, it is a more cost-effective place to do business.”

A 2017 study by The Boyd Company, an internationally recognized site-location firm, heralded northeastern Pennsylvania as one of the best locations in the country for companies looking to open new food manufacturing facilities.

Terrafina has been made to feel welcome, Miller says.

“From the governor’s office to a little coffee shop around the corner, we love the reception we have gotten,” he says.

Another growing part of the region’s food and beverage production is craft brewing.

The Brewers Association reports Pennsylvania ranks first in the nation for barrels of craft beer produced, at 3.9 million per year, and the Pocono Mountains is doing its part to contribute to that total.

In Hawley, Wallenpaupack Brewing Company operates a 20-barrel brew house. Its brew pub has a food menu and more than a dozen beers on tap. It began in September 2017 following two years of planning and to date has generated 26 jobs.

“We have a passion for crafting great beer that showcases a breadth of styles made with high quality and consistency,” says Becky Ryman, Wallenpaupack Brewing president.