Manufacturing in the Pocono Mountains: A Tradition of Innovation 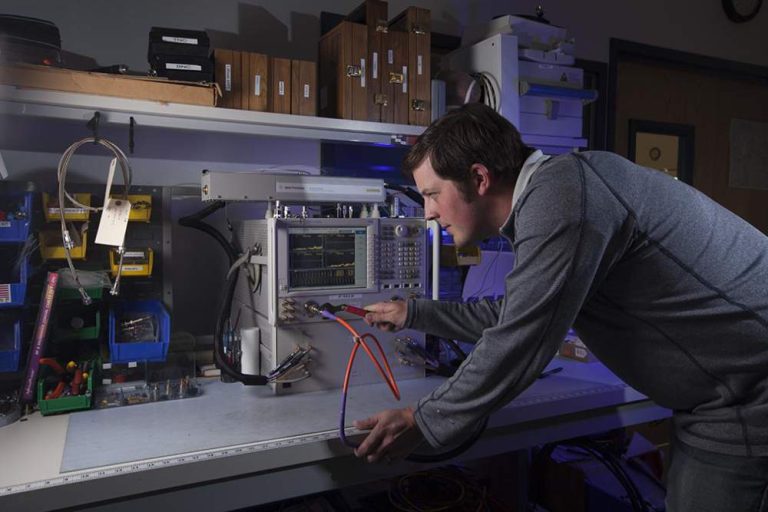 The 20,000-square-foot facility in Stroudsburg in Monroe County is small, but the products it builds have a global reach. Actually, make that “interplanetary.” This is MegaPhase, the leading designer and manufacturer of high-performance coaxial cable assemblies used in automobiles, telecommunications systems, military aircraft and even spacecraft.

“Just about every consumer who has a cell phone or some electronic device has been touched by our products,” says MegaPhase CEO Bill Pote. “Some of the biggest names in telecom – Nokia, Ericsson, Lucent Technologies – all use our cables to test their products.”

MegaPhase’s success is just one manufacturing success story from the Pocono Mountains Region. An abundance of skilled workers, superior transportation, proximity to major markets including New York City and Philadelphia and lower relative operating costs give the region an edge for manufacturing investment.

Winchester Archery began almost 150 years ago as part of the legendary guns and ammunition maker Winchester. It became independent in 2009 and moved last year from Northern New Jersey to Honesdale in Wayne County. Winchester’s sophisticated compound bows and crossbows are built from aluminum with stainless steel hardware.

Much of the aluminum used in making the bows is anodized, an electrochemical process that adds strength and corrosion resistance. A process called color fusion is used for decoration. In selecting a new location, the Pocono Mountains Region was a natural choice for a variety of reasons, says Eric Brex, the company’s executive vice president.

“First, our customers are hunters and shooters, which makes this a much better place for our company,” he says.

The company was attracted by the lower taxes and cost of living and the “can-do” spirit of the local workforce. Besides offering a wide range of training and educational resources, Pennsylvania also provides benefits to employers who hire unemployed or disadvantaged workers.

The Defense Department and the Army constantly work to stay at the cutting edge of technology, both in the systems they use and the techniques employed to build those systems. That has made the Tobyhanna Army Depot an advanced manufacturing powerhouse.

“We use industry-standard, computer-aided engineering and manufacturing processes for components used by soldiers in the field,” says Bob Katulka, director of production engineering. “This requires the use of state-of-the-art software and machine tools, which we often procure from area industries.”

With a total workforce including tenant activities and contractors of about 3,900, Tobyhanna Army Depot specializes in the fabrication of military hardware used by all four armed services, particularly trailers, vehicles, shelters and the ancillary rack equipment used to transport military electronics to field sites. In particular, the Tobyhanna depot has built ongoing relationships with local vendors for sourced work involving metal forming, parts machining, and refinishing.

“These processes must be done to strict military specifications, and often require fast turnaround,” Katulka says. “This is beneficial both to us and to those local enterprises.”

Since 1946, KME Kovatch has built firefighting trucks, police cars and other specialty vehicles for communities the world over. Its facility in Nesquehoning in Carbon County now employs about 900 people.

“We build these vehicles from the ground up, which includes the chassis as well as the truck’s body,” says Phil Gerace, director of sales for KME Kovatch. “Our process starts with a state-of-the-art design department that utilizes advanced two- and three-dimensional design systems.”

“We work with legislators and local educational institutions on programs at the local vocational-technical high schools and community colleges on skills training,” Gerace says. “We have many fathers and sons, uncles, and even grandfathers in our work force. We’re proud to be a part of this tradition.”