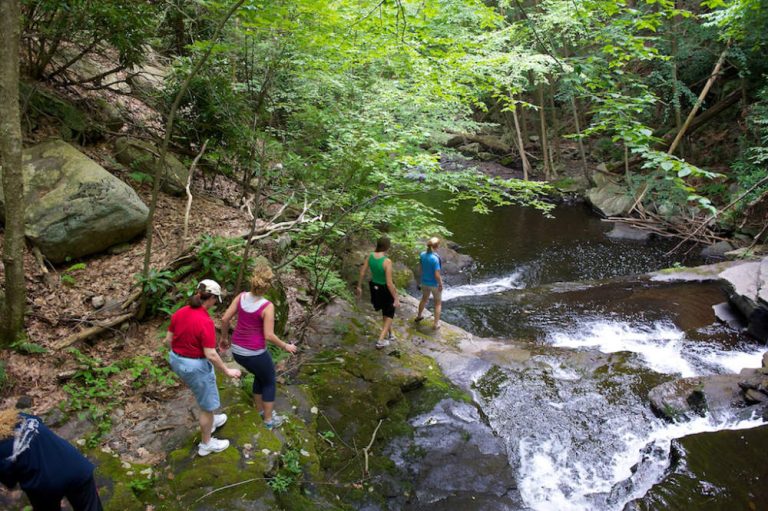 Long known as a premier resort destination, the Pocono Mountains region has reinvented itself as a strategic location for a diverse group of industry sectors that includes life sciences, advanced manufacturing and logistics. The four-county region, home to more than 330,000 people, is nestled in Northeastern Pennsylvania between the major markets of New York and Philadelphia. Its rolling mountain terrain, rivers and waterfalls, and access to nine state and two national parks coupled with a sophisticated innovation economy has created the ideal environment for attracting entrepreneurs.

The region – which includes Carbon, Monroe, Pike and Wayne counties – is home to diverse businesses, ranging from sophisticated software companies and traditional manufacturers to one of the nation’s largest continuously operated vaccine and pharmaceutical operations. Company executives are able to pick from well-developed business sites, enjoy excellent highway access and count on reliable utilities. Availability of a well-trained workforce, a favorable cost of living, and plentiful recreational and lifestyle amenities provide a recipe for success. The region is well served by Interstates 84 and 380 and I80 is just minutes away. New York City, Philadelphia and Hartford are all less than three hours’ drive away. The region is also well served by a general aviation airport and excellent rail access.

“A major asset we enjoy is our proximity to the marketplace,” says Chuck Leonard, executive director of the Pocono Mountains Economic Development Corp. “We can reach a large concentration of the population easily and efficiently.”

The region offers ready access to major East Coast ports, a distinct advantage for shipping worldwide. The proximity advantage is one of the major reasons for the dramatic gain in small manufacturers in the region in the past several years, Leonard says.

“The available workforce is an additional benefit in the region,” Leonard says. “We are fortunate to have a number of outstanding colleges and universities where businesses can recruit well-trained people and partner with those institutions to train their current workers.”

The region has also been successful in attracting businesses through wise use of the Keystone Opportunity Expansion Zone program, a state initiative that enables qualifying businesses to receive tax abatements on most state and local taxes for a period of time.

“It’s a significant advantage to have a Keystone Opportunity Zone here,” Leonard says. “It a key location issue for companies considering this region.”

Sound planning and development have created several ideal site locations, including modern industrial parks. One of those most recently completed is the Sterling Business & Technology Park in Wayne County.

“The region is well served with a great mix of high-quality businesses, and this business park is ready for more,” says Troy Bystrom, marketing director for Sterling Business & Technology Park.

Most of the work has been completed at the business park, which is located on 252 acres with 23 parcels, ranging from 3 to 30 acres in size.

“The more relaxed pace and setting have long made it a top recreational area, but now it also offers a lifestyle that many business owners find ideal, and it is easily accessible to larger urban area as well,” says Carl Wilgus, president and CEO of the Pocono Mountains Visitors Bureau.

More than 25 million visitors come to the region each year, spending more than $3 billion annually. In excess of 33,000 jobs are tourism-related. Pocono Raceway, which hosts NASCAR and Indy races, alone has an economic impact of more than $257 million, and the Delaware Water Gap National Recreation Area is the 10th-most-visited park in the U.S. National Park System. The region is gaining two nationally franchised indoor water parks in 2015, and has some of the best winter skiing in the Eastern U.S. The fresh air and water and mix of seasons are an attraction for both businesses and vacationers.

“We have always been a beautiful place to live,” Leonard says. “I believe many business owners who once vacationed here later decided that it would also be a great place to locate their businesses.”