Products made in the Pocono Mountains keep the world healthier, more secure 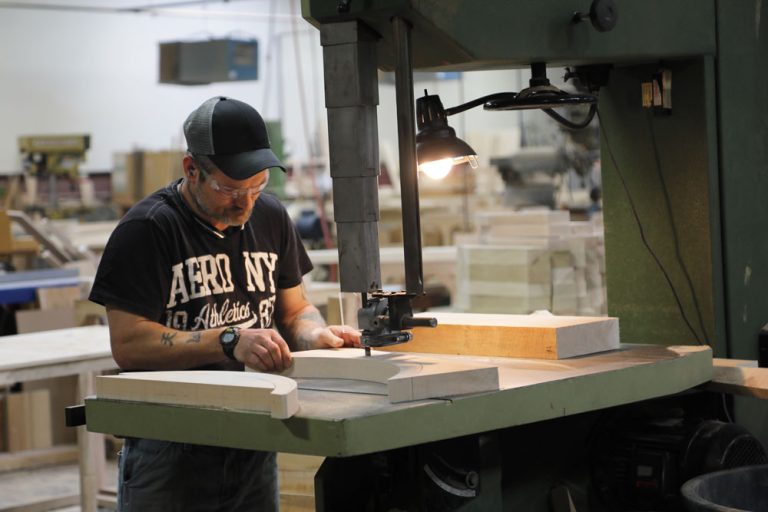 If it makes the world safer from disasters, disease or military threats, chances are it’s made in Pennsylvania’s Pocono Mountains region, where technology-oriented manufacturers find a wealth of skilled workers, superior infrastructure and lower costs.

The region, composed of Carbon, Monroe, Pike and Wayne counties, has developed a specialty in the production of firefighting and emergency response equipment and supplies. The latest arrival, Sutphen East, came to Wayne County in 2017 after relocating from New York.

The facility manufactures aluminum pumpers for firefighting as well as commercial pumpers and tankers and handles repairs and service for the local market.

Since arriving in the region, the company has thrived, says Darryl Rhyne, general manager of the Sutphen East facility. He cites several advantages of being located in the Sterling Business & Technology Park, situated midway along the Washington, D.C.-Boston corridor. The facility has created 50 jobs and has a 12- to 14-month backlog of work.

Those advantages include proximity to Interstate 84, Wilkes-Barre/Scranton International Airport, and hotels and restaurants.

“Being located in Pennsylvania is a great advantage for us versus our prior location, in New York state,” says Rhyne. “We are growing rapidly. We’ve expanded our product lines since relocating here.”

Sutphen East is not alone. KME, based in Carbon County, manufactures customized specialty trucks and vehicles, including firetrucks and rescue vehicles. MajesticFire Apparel is based in Lehighton. Its products are sold by distributors located in the United States and select international locations to firefighters, welders, electricians, utility workers and the military.

At the Tobyhanna Army Depot, 3,774 workers contribute to the nation’s defense by providing a range of technical, manufacturing and support for communications, computers, surveillance, electronics, and missile guidance and control for the military.

“Tobyhanna’s corporate philosophy, dedicated workforce and electronics expertise ensure the depot is the Joint C4ISR provider of choice for all branches of the armed forces and our industry partners,” says Smith.

As of September 2016, the depot’s economic impact on the surrounding 11-county region of northeastern Pennsylvania was $2.9 billion, which resulted in the creation of 11,875 community jobs.

Other technology-driven manufacturers are thriving, as well. Elk Group International, a premier designer and manufacturer of indoor and outdoor residential and commercial lighting fixtures, is based in Carbon County.

Loveshaw, a manufacturer of packaging equipment, has been a fixture of the region’s manufacturing sector since 1962.

New Wave Custom Woodworking in Wayne County has been a leading manufacturer of custom high-end furniture, cabinets and other products since 1991. The company employs state-of-the-art 3-D laser scanners and virtual carving technology software and hardware to aid in CNC production of complex furniture pieces.

New Wave’s location in the Pocono Mountains has been a major factor in its continuing growth.

“It offers a great way of life for our families and is close to New York City and Philadelphia. I cannot say enough good about the people,” says Schemitz.