Discover how highways in the Pocono Mountains provide ready access to markets including New York and Philadelphia. 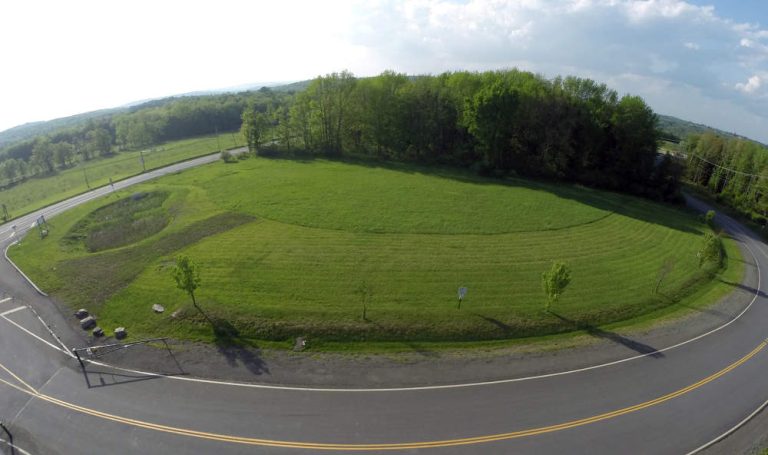 The highway network in the region includes interstates such as I-80, I-81, I-84, I-380 and the Pennsylvania Turnpike (I-476). That highway access and proximity to major markets has drawn companies like Walmart and FedEx Supply Chain (formerly GENCO) to the region for major warehousing-distribution operations. The region’s location puts it within a day’s driving reach of more than 50 percent of the U.S. population. Meanwhile, for companies that like to ship cargo by air, other transportation advantages include proximity to Lehigh Valley International Airport and Wilkes-Barre/Scranton International Airport.

Several large industrial parks are located throughout the Pocono Mountains region. The Sterling Business & Technology Park, located in Wayne County off I-84 at exit 17, is a 252‐acre property divided into 23 lots ranging in size from 3 to 30 acres. Several shovel-ready sites are available.

“Our business park is the only one located on I-84 in Pennsylvania, and I-84 is an underutilized traffic corridor offering fast travel speeds to points in the Northeast and East,” says Troy Bystrom, Sterling Business & Technology Park marketing director.

Bystrom points out that in addition to its central location to metro areas stretching from Boston to Washington D.C., the region offers many four-season outdoor recreational resources that have made the Pocono Mountains famous and the park is in close proximity to many of them.

“We are minutes from the largest man-made lake in Eastern Pennsylvania as well as several ski slopes, the Delaware River, golf courses, world class spas and thousands of acres of state game lands,” he says. “Our park blurs the line between work and recreation.”

Bystrom adds that a number of plans are in progress for the business park during 2017, including the expansion of wireless communications and broadband capabilities, building a business enterprise center, developing recreational trails, and increasing amenities.

“We have our own sewage treatment plant,” he says “And the Wayne Economic Development Corp. is exploring the use of alternative energy sources on site including wind, solar and geothermal.”

On the Right Track

For companies wanting to ship by rail, the region is served by a number of rail carriers. The Pennsylvania Northeast Regional Railroad Authority own 95 miles of tracks in a territory that includes Monroe and Wayne counties, and the tracks are used by the Delaware-Lackawanna Railroad to provide freight service to more than 25 industries in the region. Also serving the Pocono Mountains region is the shortline Stourbridge Railroad that has connections to Class I carriers like Canadian Pacific, CSX and Norfolk Southern Railway. The Reading Blue Mountain & Northern Railroad is a privately held line that serves much of Eastern Pennsylvania.

RBMN was established in the mid-1980s to serve commercial customers, and today the carrier also operates a passenger rail tourism service that showcases the scenic grandeur of the Pocono Mountains.

“We have a Lehigh Gorge Scenic Railway excursion to beautiful Lehigh Gorge State Park that operates from May through December on weekends, and seven days a week from July through August,” Johnson says. “We have since expanded to run between Port Clinton in Schuylkill County and Jim Thorpe in Carbon County, and in 2017, we added a station in Muhlenberg Township in Berks County to provide passenger service to Jim Thorpe.”