Learn how manufacturers in the Pocono Mountains region find skilled workforce an asset. 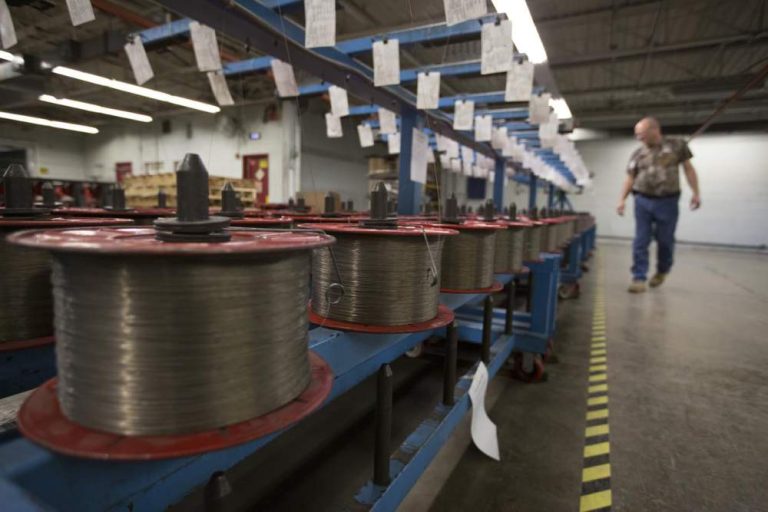 The U.S. manufacturing sector is experiencing a resurgence, and the Pocono Mountains region can prove it. Carbon, Monroe, Pike and Wayne counties are all enjoying success in the advanced manufacturing sector, with nearly two dozen small manufacturing operations lured to the region from outside of Pennsylvania over the last 15 years. Major manufacturers achieving prominence in the region include fire engine and apparatus manufacturer KME, vaccine producer Sanofi Pasteur and industrial abrasives maker Weiler Corp.

At the Tobyhanna Army Depot in Monroe County, all branches of the U.S. military get repairs and upgrades to their communications, intelligence and surveillance systems. The region’s cost advantages and access to higher education and workforce training resources have helped attract manufacturing, particularly from higher-cost neighboring states.

The Pocono Mountains region offers highway access that allows businesses to ship their goods to hotspots like Philadelphia, New York City and Washington D.C. in a half day’s drive or less. In 2017, Houston-based Sharps Compliance Inc. opened a new facility in Carbon County that specializes in the disposal of medical waste. The $2 million plant accepts medical waste containers and bags, then treats and disinfects the items by using heat and pressure. Disinfected material is then ground into “confetti” for disposal in an approved landfill.

The work of one of the region’s signature manufacturers can be seen frequently on major cable channels. Boyce Products Ltd., which is based in Wayne County, designs and manufactures custom desks, furniture and workstations. One of its recent projects was constructing the new CNN television studio in Washington, D.C., that houses shows like Wolf Blitzer’s Situation Room and The Lead with Jake Tapper.

“I grew up on a farm in Wayne County and graduated from Honesdale High School, and I chose to base my business and raise my family in this beautiful rural setting,” says David Boyce, owner of Boyce Products.

Boyce says he appreciates that the Pocono Mountains region offers a pro-business atmosphere and that has led him to invest in his company. In 2016, Boyce Products expanded its manufacturing facility with an additional 10,400-square-foot building.

“This building allows us to incorporate all of our metal CNC milling capabilities, assembly and storage in one building,” he says. “It will further increase our production efficiency in this region.”

The region setting amid standout natural attractions draws visitors from locations including Philadelphia and New York, notes Kathy Henderson, director of economic development for the Carbon Chamber & Economic Development Corporation. More than a few CEOs who arrived in the Pocono Mountains for a vacation ended up coming back to set up a business.

“For quality of life, this region offers the four seasons with dozens of scenic amenities, and for business, we are close enough to major interstates that we can offer good locations for manufacturers, distributors and other companies,” Henderson says. “We have the Pennsylvania Turnpike and I-476 that run north and south throughout the entire length of our county, while stretching east and west is Interstate 80.”

The region’s education resources also assist its manufacturing sector. East Stroudsburg University in 2016 upgraded its G3 Design Lab, giving students access to state-of-the art technology and industrial equipment. The lab includes industry standard design software, 3D printers and scanners, a vacuum press, and computer-guided laser cutting and etching machinery. The university also added a certification program in 3D printing and product design. Resources such as the Carbon Career Technical Institute, one of the top tech schools in Pennsylvania, provide students with internships and apprenticeships and companies with students trained for a job when they graduate.

“We are pro-business and want good companies to locate here, but we are choosy because we want to protect our natural resources, since the tourism industry is another major sector,” Henderson says. “Our goal is to bring in manufacturers and businesses that are good neighbors.”