Read how leaders in the Pocono Mountains' $3 billion-plus tourism industry credit their success to an enduring spirit of cooperation, reinvestment, environmental stewardship and respect for tradition. 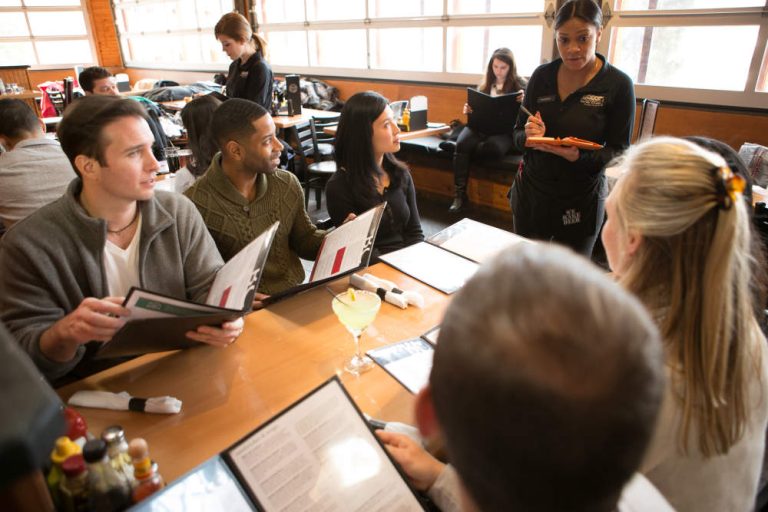 Since the first boarding house opened here in 1829, the region has grown into a destination that lures more than 25 million visitors annually, employs approximately 34,000 and accounts for $1.2 billion in labor income. The region has more than 100 attractions, including nearly two dozen resorts, 35 golf courses, quaint downtowns, a handful of wineries and breweries, a nationally renowned raceway and scores of restaurants and retailers.

Stories behind those impressive numbers often have a family theme. It’s truly a family story for Linda and Randy Rice of Mountain View Winery and Distillery in Stroudsburg, one of several wineries in the region. The entire family is involved in some way, and they extend that fellowship to the other properties in the region.

“We have had people looking to start a winery ask for help, and we are happy to do that. We don’t look at it as competition, but as another destination in our community that will help keep people – and money – here in the Poconos,” Linda Rice says. “We are also fortunate to have good relationships with the resorts and restaurants. Many of them carry our wines, and we do promotions with some of them, such as offering complimentary tours and tastings for their guests. It all comes back to partnering and being as cooperative and friendly as you can, because we all have the same goal.”

Another homegrown success story is Barley Creek Brewing Co., whose owner, Trip Ruvane, opened the brewpub in 1995. Ruvane’s parents met at a summer camp in the Poconos, and after marrying, eventually bought a second home in the region, where Ruvane spent his last two years of high school. After leaving a career in corporate banking, he’s just celebrated 20 years of realizing his goal of “being successful in my hometown.” The brewery offers tours, a variety of pub fare and catering as a 2-star Certified Green Restaurant, as well as games like Wiffle ball, bocce and recently-added cornhole in its Pint-Sized Park. Ruvane says he draws inspiration from the tradition established by four historic properties that opened early in the 20th century – The Inn at Buck Hill Falls, The Inn at Pocono Manor, The Shawnee Inn and Skytop Lodge.

“Those properties were at the top of their game and really attracted some of the top movers and shakers in the country. I fully believe the Pocono Mountains will do that again, especially seeing the new development as well as reinvestment in current properties. It’s crazy how good these facilities are getting,” Ruvane says.

“The Pocono Mountains Visitors Bureau has welcomed Kalahari with open arms and has been instrumental in introducing us to neighboring businesses and members of the community,” Nelson says.

Brian Bossuyt, director of marketing for the Pocono Mountains Visitors Bureau, says making those introductions is a pleasure because of the shared vision and cooperation among the region’s destination leaders and economic development organizations, crediting a rebranding initiative launched in 2007 for formalizing those efforts.

“Over the next four years, you saw most of our properties reinvesting in themselves to stay on the cutting edge, determined to remain leaders in the industry. Even when the recession slowed things a bit, it actually helped us in a way, because of the groundwork we’d already done. All of our member properties really had to reexamine themselves, but by sticking to the brand we all agreed upon, it sharpened their focus for reinvestment, and we really saw the brand come to fruition,” Bossuyt says. “That kind of cooperative effort just creates a buzz that is attractive to people looking to open new businesses and those thinking about relocating.”