Discover the rich history and event spaces that many theater and music acts use to entertain guests in the Pocono Mountain region. 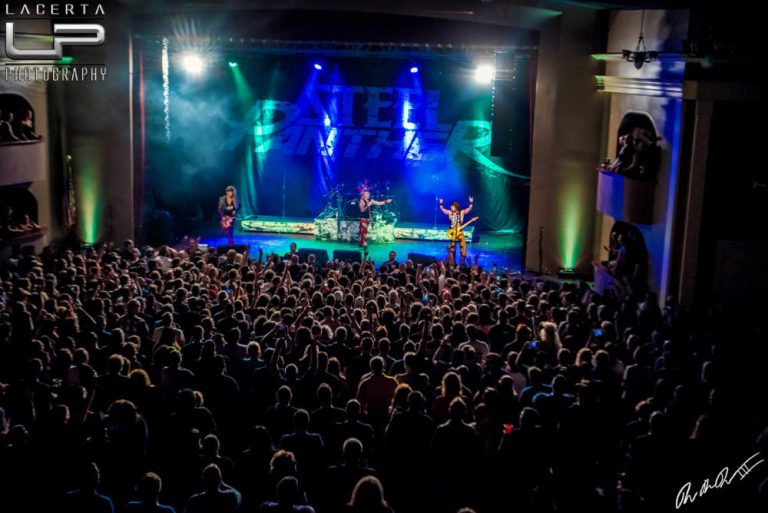 Out of the city and into a scenic wonderland. It is a feeling shared by residents and visitors alike in the four-county region that encompasses the Pocono Mountains region, situated just outside of two major metropolitan areas.

The region is known for its stellar hospitality and outdoor activities in a picturesque setting that’s just a short distance from the 24-hour bustle of New York and Philadelphia. The region is also rich in arts and culture with venues for everything from theater to live music.

Many theaters date to the late 1800s and feature local theater groups, musicals and other performing arts. Festivals and mountaintop views also abound in the region and offer a little something for everyone whether interests are the performing arts, music or libations – or all of the above.

The Mauch Chunk Opera House in Jim Thorpe in Carbon County opened in 1881 with a comedy production, but it soon became a hotspot on the Vaudeville theater circuit. The theater didn’t have microphones back then, but hosted some big names of the time, including Mae West, Al Jolson and John Philip Sousa. The theater went through many transitions over the years, used as a movie house for three decades, and then a warehouse for pocketbooks until the Mauch Chunk Historical Society purchased the building in 1974 and began restorations.

Today, Mauch Chunk Opera House prides itself on being a distinctive venue for live events. It recently underwent major upgrades with a new roof, sound system, electrical, seats and lighting.

“It’s an unusually intimate and special place to perform,” says Dan Hugo, Mauch Chunk Opera House media relations. “The town of Jim Thorpe is a really special place in itself. You can come here for a few days and enjoy yourself and do all kinds of things without ever getting in your car.”

Other theaters in the Pocono Mountains region are also entertaining guests with a historic draw and engaging performances. The Ritz Company Playhouse in Hawley in Wayne County, once a movie and Vaudeville playhouse, is home to the Ritz Players theatrical group. The troupe performs every season with players from many different backgrounds and ages. Productions have run the range from The Wizard of Oz to Young Frankenstein.

About 40 miles south in Stroudsburg, the circa-1920s Sherman Theater went through major renovations in the 2000s, recreating the sound and comfort the historic theater brought to audiences and visitors. The Shawnee Playhouse in Shawnee on Delaware in Monroe County served as a local playhouse and then a radio studio from 1904 until after World War II. The theater was rebuilt with the help of community donations and now serves as a playhouse for residents and visitors – almost in its original form and beauty.

“There’s nothing like the arts in the Pocono Mountains,” says Laura Goss, Poconos Arts Council executive director. “People come here to see something different than in New York City, and an enormous amount of talented people and artists move out of the city to live here for the better pace of life.”

Music In The Mountains

Along with theaters, the Pocono Mountains region offers live event spaces amidst scenic surroundings. The Buck Hill Skytop Music Festival was formed in 2010 to offer musical and educational events through a summer music festival and performances throughout the year. Performances in intimate settings around the region feature chamber music, opera, cabaret and pop music.

The Dorflinger Suydam Glass Museum and  Sanctuary in White Mills hosts the Wildflower Music Festival, a series of performances across a range of musical genres that draws heavily from the New York City area.

Penn’s Peak in Jim Thorpe is a mountaintop event venue that surrounds visitors with panoramic views. The venue can entertain up to 1,800 guests at live music events, weddings and other private events. It also offers outside seating for an unobstructed view of the Pocono Mountains.

“There’s festivals and music everywhere in the summer,” says Goss. “The arts and environment work really well together in the Pocono Mountains.”