Learn how agriculture and farming in South Carolina supports companies such as Tyson Foods, Nestle and Kraft Heinz. 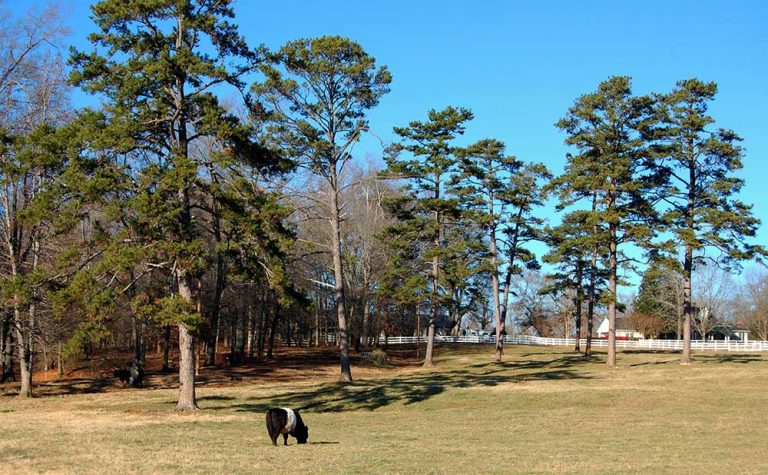 Greenville / Courtesy of JR P under a CC 2.0 license.

A number of globally known food producers have operations in the state, including Kraft Heinz, Nestlé, Perdue Farms and Tyson Foods.

Agribusiness, including agriculture and forestry, delivers a $41.7 billion economic impact in the state and supports more than 212,000 jobs. Food production is pervasive in the state.

More than 25,000 farms totaling more than 4.5 million acres of land operate in the state, where the diversity of produce revenues has doubled in the past few years. Farm receipts totaled more than $2.7 billion in 2014. Poultry is the top commodity in cash value.  Field crops such as corn, cotton, soybeans, peanuts, tobacco and wheat are grown on over 1.3 million acres.

Related to forestry, the packaging industry plays an important role in the state economy. A homegrown company in the sector is Sonoco Products Co., a global provider of a variety of consumer, industrial, protective displays and packaging products based in Hartsville in Darlington County.  The company operates more than 300 facilities in 34 countries.

Sonoco’s roots in South Carolina run to 1899 and it is one of the state’s largest employers, with a workforce of more than 2,000 at 10 different facilities.

“Sonoco has a great legacy in South Carolina, one based on a belief in our people, on innovation and on the necessity of transformation,” says Jack Sanders, president and CEO. “South Carolina provides a strong base of operations which allows us to achieve our global growth strategy. We have found that South Carolina is one of the most business friendly states where we operate. This is a testament to our state’s leadership.”

Sanders also praised the state’s business and education communities for working together to create a well-trained and educated workforce.

Sonoco recently completed a $12 million high-tech consumer packaging research and development facility in Hartsville, known as the iPS Studio. The company has also invested extensively in its manufacturing operations in Hartsville. This includes nearly $75 million for a state-of-the-art, carbon-neutral biomass cogeneration operation that provides steam and electricity to its three-mill complex in Hartsville.

United Phosphorus Inc. (UPI) recently announced that it would establish its first U.S. manufacturing plant in Williamsburg County in South Carolina. UPI is a leading supplier of crop protection products and plant technologies designed for the agricultural, professional, and aquatics markets. The company will invest more than $20 million in the project, and create over 65 jobs.

The new facility involves renovation of an existing facility located on 60 acres in Kingstree. The facility will initially produce herbicides primarily used by corn and soybean growers in the U.S. and abroad.

“The opening of our first U.S. full production facility will permit us to better serve our customers in the U.S.,” says Vicente Gongora, UPI’s business head for the U.S. and Canada.

Vicente says a major reason for the location of the facility in South Carolina was proximity to the Port of Charleston and access to markets in the United States.

UPI is a global producer of agricultural crop protection products, as well as specialty products that serve the turf, ornamental, pest control and aquatic market segments. The company offers a wide range of compounds that include insecticides, herbicides, fungicides and fumigants for use in multiple segments.

Gongora said the presence of a rail link also helped in the company’s decision to locate in South Carolina.

“We were also impressed with the cooperation we receive from both state and local officials,” he says.