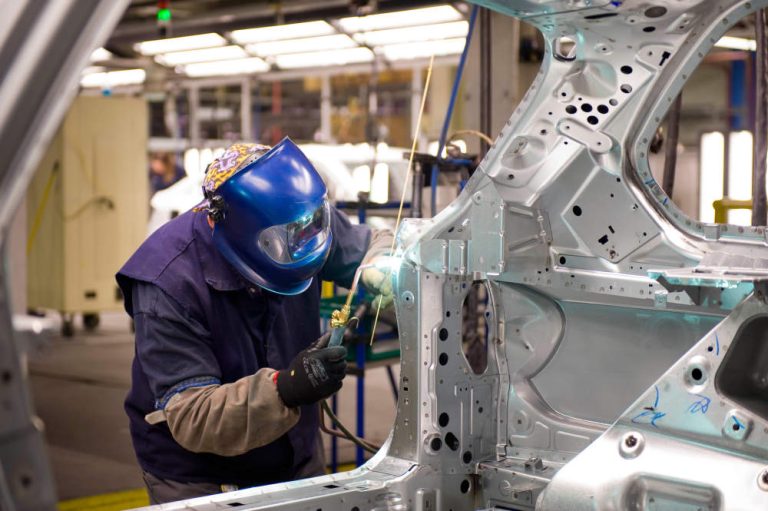 South Carolina popped up on the global automotive map in 1994, when BMW chose the Palmetto State for its first U.S. production facility. Since then, the German automaker has expanded production from one model to six and made $6.4 billion in investment commitments. That first BMW assembly plant helped propel the state’s automotive sector and made it a magnet for auto-related manufacturing, attracting more than 300 companies, including some of the world’s best-known tire brands and a slew of other Tier I and Tier II suppliers.

South Carolina’s auto industry cluster is growing with the announcement of two significant investments – from Volvo Cars and Mercedes-Benz – that leverage the state’s infrastructure, workforce and training advantages. Volvo plans a $500 million high-technology manufacturing complex, its first in the Western Hemisphere, that will be built in Berkeley County. The facility is expected to create 2,000 jobs over the next decade.

“We’re excited to build our first American factory in South Carolina and we look forward to helping grow the local community and economy,” said Lex Kerssemakers, president and CEO of Volvo Cars of North America. Kerssemakers says the decision to choose Berkeley County was influenced by the access to international ports and infrastructure, a well-trained labor force, attractive investment environment and experience in the high tech manufacturing sector.

The South Carolina Department of Commerce has established a database for vendors for construction and operation of the Volvo Cars manufacturing facility, says Ashely Teasdel, South Carolina Department of Commerce small business manager. Companies can register their contact information by email at VolvoCarsSC@sccommerce.com or on the website at www.SCCommerce.com/VolvoCarsSC.

Mercedes-Benz plans to invest around $500 million to build a full production manufacturing plant in Charleston County to supply the North American market with the next-generation Sprinter van, creating 1,300 new jobs over the next several years.

“Charleston is an excellent location for our new plant. The region has very highly skilled workers, a dense network of reliable suppliers, and an outstanding logistics infrastructure that includes good transport connections to the nearby harbor,” says Volker Mornhinweg, head of Mercedes-Benz Vans. “Just as important is the very good cooperation and support we’ve experienced at the local, municipal and state levels.”

Factoring heavily into the Volvo Cars and Mercedes decisions were three of the state’s leading advantages for manufacturing: convenient access to major interstates and highways, rail and the Port of Charleston, the presence of a supply chain and a highly trained labor force bolstered by the state’s renowned workforce training programs, including readySC. South Carolina is committed to high-caliber workforce training. When Singapore-based Giti Tire picked Chester County for a $560 million plant that will employ 1,700 workers and turn out 30,000 tires a day, readySC representatives went to Giti Tire’s China and Indonesia operations to learn their processes so they could better provide training programs for Giti workers in South Carolina. readySC representatives will make another visit in January 2016. South Carolina is the No. 1 exporter of tires and includes major production facilities for Continental, Michelin and Bridgestone. Giti Tire will join that group some time in 2017.

Tier I and II suppliers are investing heavily in the state because of the presence of original equipment manufacturers, a deep pool of skilled workers and a superior transportation system that links ports, rails and highways. Precision parts manufacturer Schaeffler Group, for example, is investing $163.8 million to expand and upgrade three of its existing South Carolina facilities. Greenville-based Sage, the world’s No. 2 maker of fabric for vehicle interiors, is expanding into the luxury auto segment. German-based Bosch has produced diesel, gasoline and chassis products in Dorchester County since the 1970s. ZF Group, a leading automotive supplier, makes fuel-efficient automatic transmissions for the passenger car and light truck market in Laurens County. WABCO, a global supplier of technologies that improve the safety and efficiency of commercial vehicles, is expanding its compression and braking operations with a $17 million investment in a new manufacturing site in North Charleston. The investment is expected to create more than 50 new jobs and help sustain approximately 175 existing jobs.

More global companies are attracted by the quality of the workforce with the proven abilities in high-tech manufacturing, says Lewis Gossett, president and CEO of the South Carolina Manufacturing Alliance/South Carolina Automotive Council. “The BMW X5 is one of the most sophisticated machines they’ve ever made, ZF is making 7- and 9-speed transmissions, these companies are telling you that South Carolina workers can make these high-tech products,” Gossett says.