Discover why the Palmetto State was named a national champion for foreign direct investment. 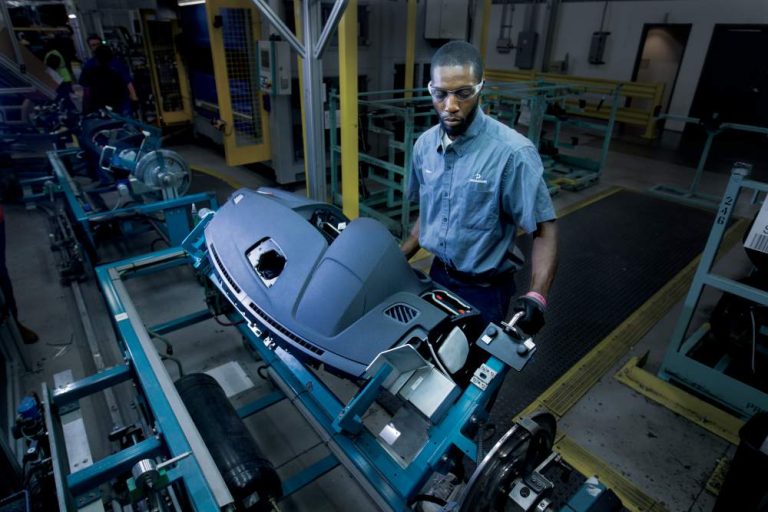 The roster of foreign-owned companies with major operations in South Carolina includes some of the world’s best-known companies: BMW, Bosch, Bridgestone, Continental Tire, GlaxoSmithKline, Mercedes-Benz, Michelin and Volvo are among the 1,200 foreign-based firms that, collectively, employ some 115,000 workers. Since 2011, foreign-based companies have invested some $14 billion in South Carolina and created 30,000 jobs, according to the South Carolina Department of Commerce. In 2016, fDi magazine named the state its national champion for FDI growth – further cementing South Carolina’s status as a global business powerhouse.

The state’s numerous advantages for business growth—including low costs, highly skilled labor and superior logistics assets — have helped make it a manufacturing powerhouse and an export leader. South Carolina sent $30.9 billion in goods to foreign markets in 2015, another record year for exports. One reason for the state’s success in attracting foreign investment is the mix of incentives available to global companies, says Doug Woodward, director of the Division of Research and professor of economics at the University of South Carolina.

“For example, we’ve been able to attract a number of global manufacturers, such as BMW, and now Volvo, with the fee-in-lieu-of-property-tax incentive that often works out very well for the manufacturer that is putting in a lot of capital because they are able to negotiate a set fee, and it gives a lot of predictability to their tax burden. It brings the overall burden down and makes South Carolina more favorable than other states,” he says.

Woodard says South Carolina’s track record with global firms also attracts the attention of foreign-based investors. “That gives us a record of achievement that others can look at,” he says. “We started attracting international firms back in the ‘60s. The numbers grew in the ’70s with Michelin and Bosch and then BMW came in the ’90s.  A lot of international investors, especially the Europeans, and, now the Asians including the Chinese, hear about the positive favorable business climate in South Carolina from other investors.”

South Carolina’s thriving auto manufacturing sector that has made it both an export powerhouse and a magnet for foreign-owned companies, such as German-based auto supplier Draexlmaier Group, which operates a plant in Spartanburg County.  A Tier I supplier, DRÄXLMAIER, makes interiors for premium automobiles and plastic components in South Carolina, where it opened a facility in 1998. The company announced a  $35 million investment in fall 2015 that was expected to add nearly 100 jobs approximately 1,000-member workforce. Chip Vogel, director of procurement, Americas at Draexlmaier Automotive of America, points to state’s location at the center of the Southeastern auto manufacturing hub.

“We follow our OEM customers,” Vogel says. “In this case, with BMW being here and with us being a key supplier to them, it just made logical sense. It has been a true advantage for BMW because we are only seven miles away from them. Now that the Southeast is becoming more of an automotive hub, it’s given us some opportunities there.”

Vogel says the state’s pro-business attitude also contributed to the company’s location decisions. “The state was very supportive as was Spartanburg County. Between both organizations, they helped us find a temporary location that we worked out of for a number of years while we built our plants, as well helped with concepts, some training and employment incentives as well,” Vogel says. “As we have grown in our expansions, they have helped us with employee incentives. Both the county and the state have been very supportive for us in our goals for the business here in South Carolina.”

An integrated transportation network that includes the Port of Charleston and the South Carolina Inland Port is among the key advantages for foreign direct investment, as is the state’s ample supply of highly skilled workers and standout workforce training resources. Switzerland-based Swiss Krono Group and its American subsidiary, Kronotex USA Holdings Inc. plan to build a high density fiberboard mill and expand its laminate flooring production facility in Barnwell. The $230 million investment will add 105 new highly skilled technical and management jobs to the Barnwell area and increase total employment at KronotexUSA to 275 employees by the time the facility is completed in 2018.

“Infrastructure has played a major role in attracting global companies,” Woodard says. “We’ve got the inland port, which brings cargo directly up into the manufacturing belt of the upstate near Greenville. We have this East Coast location. We are within a day or two drive of most of the population of the U.S. That’s a competitive advantage that we have over the interior states.”

Woodard says the availability of skilled workers to fill jobs quickly has also worked in the state’s favor. “It’s a strength for the state especially working through the technical college system. We have one of the best apprenticeship programs. We have a good, solid record of achievement and workforce development,” Woodard says.