Made in South Carolina

See why manufacturers are making South Carolina their business address of choice. 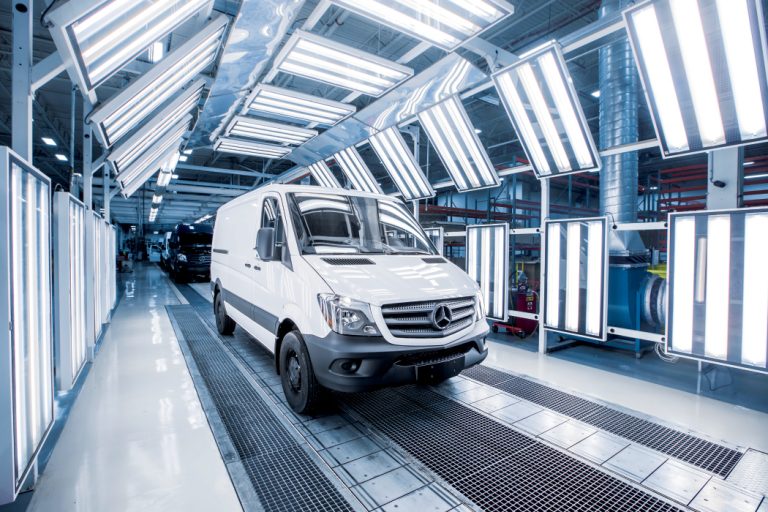 If the products that make modern life possible had a label – your automobile and the thousands of components that go into it, the airplanes that take you on business trips or to vacation destinations, the tires on your vehicle or many of the products that make your home comfortable – it very likely would say “Made in South Carolina.”

The state has a diverse and sophisticated manufacturing sector that includes such globally recognized companies as Boeing, General Electric, Mercedes Benz, Continental and Michelin. Volvo Cars is building a $500 million assembly plant northwest of Charleston set to open in 2018, its first U.S. manufacturing location. BMW has produced more than 3.5 million vehicles in South Carolina and completed a $1 billion expansion at its 6.5 million-square-foot operation in Greer.

Manufacturing helps propel the state’s export activity, with export volumes topping $30 billion and setting a record for the sixth consecutive year in 2015. Thanks to advantages including the Port of Charleston, a well-developed transportation network, low costs and innovative workforce-development programs, more manufacturers are selecting South Carolina as the ideal place to invest and create jobs. In 2015 alone, the state recruited 9,600 new manufacturing jobs.

“Automotive is hitting on all cylinders in South Carolina,” says Hayes.

As those companies grow in South Carolina, many of the companies that make up their supply chain will follow with investments and jobs of their own, she says.

Manufacturers establishing operations in South Carolina include Giti Tire Co. The Singapore-based company selected Chester County for its first U.S. facility. The company is investing $560 million and could create 1,700 jobs over 10 years. Volvo is one of Giti’s customers.

Giti ships tires to 100 countries and is ranked ninth globally in sales revenues. South Carolina is No. 1 among states in export of tires and is home to major production facilities for Continental, Michelin and Bridgestone.

“In coming to Spartanburg County, we’ll be located in a modern facility in a prime location, capitalizing on existing partnership agreements with major OEMs and distributors while facilitating the transfer of technology from one part of the world to another. Although we already sell our products in the United States and Canada, local production offers considerably more favorable conditions, thus enhancing our competitiveness,” says Maurizio Vischi, President of the Trelleborg Wheel Systems Business Area.

The new, 430,000-square-foot plant will be located with Trelleborg’s existing operations in Spartanburg.

Manufacturers in other sectors are growing, as well.

Nutramax Laboratories, a leading manufacturer of nutritional supplement products for people and pets, is expanding in Lancaster County.  The company moved its corporate operations and animal health business to Lancaster in 2010 and has invested more than $29 million at its facilities there. It in its latest expansion, the company is investing an additional $15 million and creating 125 new jobs.

“We have a commitment beyond just investing in facilities and jobs in South Carolina. We want to continue to be a part of making Lancaster a great place to work and live, including providing support to local organizations that are in line with our mission,” says Todd Henderson, Nutramax Laboratories President and CEO.

“Marriott’s desire to provide guests with terry bath products made by U.S. textile artisans speaks to the heart of why Standard Textile is thriving and creating new jobs after 76 years. Our commitment to technology driven manufacturing and innovation has enabled us to expand our operations in the U.S., creating a sustainable infrastructure for Marriott’s ‘Made in USA’ products,” says Gary Heiman, president and CEO of Standard Textiles.