South Carolina is a leader in manufacturing thanks to companies such as Boeing, BMW and Michelin. 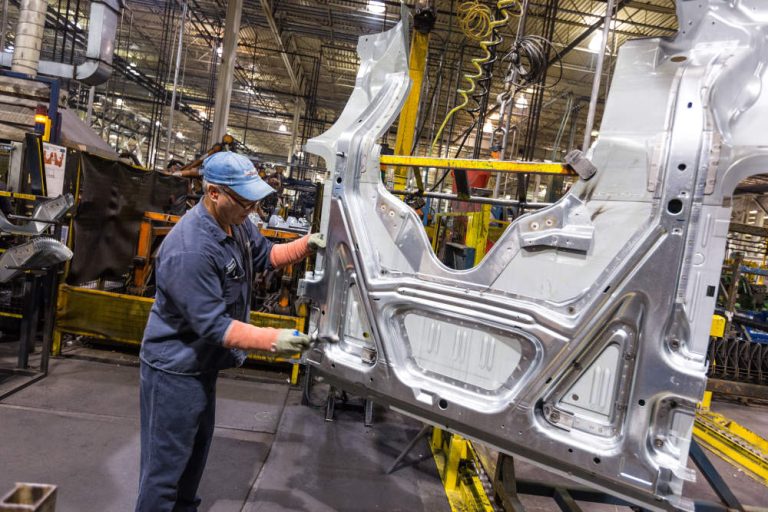 Frank Ervin draws a circle on a map to explain why being in South Carolina is so important to his company. “You have to be inside the ‘just in time’ circle,” says Ervin, manager of government affairs at Magna International, a global supplier of automotive components. Proximity to markets is one reason why South Carolina is a recognized manufacturing leader across a broad range of sectors, from auto production and aerospace to food processing and pharmaceuticals.

Other factors include an integrated transportation network, the Port of Charleston, the availability of a skilled workforce, coordinated training programs and a pro-business environment. Those attributes are attracting business investments and new jobs to the state in record numbers. Boeing, for example, has nearly 340 suppliers in South Carolina and spends more than $240 million on purchases from suppliers and vendors inside the state.

The facility will produce radial tires for agricultural machinery. Trelleborg is investing $50 million in the facility and expects to create approximately 150 jobs by 2018. German automaker BMW is expanding its plant in Spartanburg for the fifth time with a $1 billion investment that is expected to create 800 new jobs. The expansion will increase production capacity to 450,000 vehicles annually – up from 350,000 a year – and make the facility the highest-capacity plant in BMW’s global manufacturing network by the end of 2016. Thanks to the presence of manufacturers like Michelin, Bridgestone and Continental, South Carolina has been called the tire capital of the U.S., adding to the list of top 10 tire producers. Singapore-based Giti Tire is establishing a manufacturing facility in Chester County, which will be the company’s first plant in North America.

Giti expects to invest $560 million and create 1,700 jobs over the next decade. The growth of globally recognized manufacturers in South Carolina generates increased investment and expansions by numerous companies that are part of their supply chain. Magna International has a major presence in South Carolina as well. The Canada-based company has 315 manufacturing operations and 87 product development, engineering and sales centers in 29 countries – four of which are in the Palmetto State. The company’s facilities in Greenville, Greer, Spartanburg and Piedmont are important suppliers for the Southeast’s rapidly growing automobile manufacturing industry. Together, the facilities employ 1,700 workers.

Most of Magna International’s South Carolina production goes to BMW in Spartanburg, Mercedes-Benz in Alabama, Kia in Georgia and Volkswagen in Tennessee, all comfortably within Ervin’s just in time circle. “We want to be as close to our customers as we can,” Ervin says. “Where we sell it is where we build it.” Ervin says the commitment of government officials at every level to the success of job creators encourages businesses to invest in South Carolina.

“A lot of that is the result of the business climate in South Carolina, the legislative climate and a governor who understands business,” he says. Kiswire, a major producer of steel cord for the tire industry, is also growing in South Carolina. The Korea-based company invested $45 million over two phases of an expansion in Newberry County, where it is creating 75 new jobs. The facility is Kiswire’s second factory in Newberry County. “South Carolina’s strategic location, skilled workforce and growing presence of international tire manufacturers made that decision easy, says David Minnick, Kiswire’s president and CEO. “We have had great success with our first plant and the workforce.”

Other reasons for the addition of the second manufacturing facility include the presence of numerous tire manufacturers within a day’s drive. “That helps logistics costs,” Minnick says. “We supply every tire maker in the U.S. and will supply most of the new tire plants being built in the U.S.”