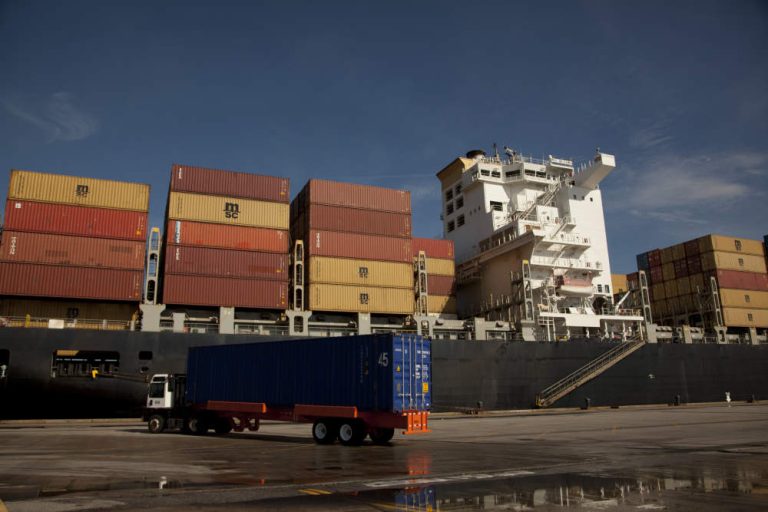 South Carolina is a growing gateway to the world. The Palmetto State’s world-class port facilities, abundant highway and rail connections, and a growing logistics industry form a powerful set of advantages for companies – domestic and international – that are considering expansion or relocation. The Port of Charleston ranks as one of the busiest container operations along the Southeast and Gulf coasts and is recognized worldwide as one of the most efficient and productive ports.

South Carolina’s ports, in Charleston and Georgetown, provide an annual economic impact of $45 billion, and continue to outpace the national average for ports in cargo handled annually. “Our port works exceedingly well, and that is why we have satisfied customers,” says Jim Newsome, president and chief executive officer of the South Carolina Ports Authority (SCPA). “We’ve planned our spending to meet the demand we will have 20 and even 30 years out.”

The SCPA’s $1.3 billion capital plan includes construction under way on a new three-berth, 280-acre marine terminal at the former Charleston Navy Base. Newsome says the new terminal will enable the port to handle larger ships and offer additional capacity in the future. The Port of Charleston already has a number of advantages over other ports in North America. Its deep channel depths – the deepest in the region – can easily accommodate larger “post-Panamax” vessels passing through the expanded Panama Canal (the port’s entrance channel has a mean low water depth of 47 feet at low tide).

“Most of all, we enjoy being an important part of the business-friendly approach of South Carolina,” Newsome says. The port is a key component of the state’s record-setting export activities, which topped $26.2 billion in 2013. Port expansion is also helping to drive growth in logistics operations in the state. Several cold storage firms have located facilities in Charleston, enhancing the port’s attractiveness to exporters with refrigerated products.

“We are relying more and more on private firms to help with our expansion and capabilities in serving business,” Newsome says. The SCPA has just completed the first year of operation of the South Carolina Inland Port, near Greer. The inland port extends Port of Charleston’s reach 212 miles inland, providing shippers with access to more than 95 million consumers within a one-day drive. The inland port also eases international freight movements between the Port of Charleston and companies located across the Southeast. The project is expected to create additional economic investment in South Carolina’s Upstate region, where BMW and other international manufacturers already operate. Norfolk Southern serves the inland port through its main rail line, and the facility is positioned along the Interstate 85 corridor between Charlotte and Atlanta. South Carolina’s two Class I railroads, Norfolk Southern and CSX, are important transportation links for businesses across the state and particularly for shipments overseas.

To assist with the efficient rail movement of cargo to and from the Port of Charleston, Palmetto Railways was established to make that connection as seamless as possible. A division of the South Carolina Department of Commerce, Palmetto Railways operates three railroad subdivisions. Its Charleston and North Charleston subdivisions provide switching services to port terminals and various industries in Charleston County, interchanging with CSX and Norfolk Southern. Its Charity Church subdivision, located in southern Berkeley County, serves a variety of chemical, metal and energy companies. Palmetto Railways is in the midst of the $180 million Intermodal Container Transfer Facility (ICTF) project, which will enable dual-rail access to both CSX and Norfolk Southern, and benefit shippers using the port facilities and enhance the use of the Navy Base Terminal when completed.

The ICTF eliminates the need for new rail lines in neighborhoods and will reduce truck traffic and highway congestion by creating efficient freight rail transportation, says Jeff McWhorter, president and chief executive officer of Palmetto Railways. Palmetto Railways has assisted companies in planning their rail needs and ensuring that facilities are adequate to meet their growth in the future. “We act as a true consultant in any rail project,” McWhorter says. “We are designing our rail facilities at the port to handle the growth we anticipate over the next 40 years.” Read more about transportation in South Carolina.