South Carolina is breaking records in business recruitment, job creation and exporting – all while bringing more opportunity to its rural areas as well as its metro centers. 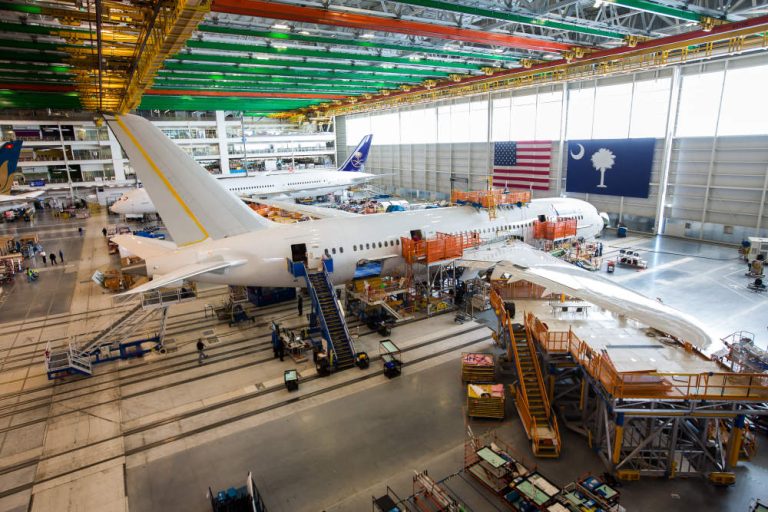 Records in South Carolina are meant to be broken. From attracting business investment and jobs to driving exporting gains, the Palmetto State is trumping its own records and drawing worldwide attention as a mecca for a range of industries, from manufacturing to logistics to life sciences and technology. The state’s productive workforce, business-friendly atmosphere, favorable costs and exceptional quality of life bring companies and big investments from around the nation and across the globe.

“There is momentum behind the South Carolina economy – we feel it, and our partners feel it,” says Bobby Hitt, South Carolina Secretary of Commerce. “In the past four years, we have solidified a recruitment strategy that involves all of our partners – Team South Carolina – and that collaboration is working well.” In 2013, the state exceeded its recruitment records, drawing $5.4 billion in capital investment from more than 127 companies locating or expanding in South Carolina, creating more than 15,000 jobs. Existing firms represented more than half of that capital investment, and a quarter of the jobs added were in rural counties. As part of its efforts to bring economic opportunity to every corner of South Carolina, the state recently created the Rural Infrastructure Authority, which has awarded more than $21 million in grants to help rural communities build up water, sewer and roadway infrastructure.

Manufacturing continues to drive economic growth across the state, comprising nearly 70 percent of new jobs and more than 80 percent of capital investment. Industry Today coined a new nickname for South Carolina –“The Beast of the Southeast” – for its heavyweight reputation in this industry. “With the major hubs of aerospace and automotive in the state, we’re continuing to attract suppliers and related industry,” Hitt says. “One of these is advanced materials and composites, which has applications in both automotive and aerospace.”

In 2014, Japan-based Toray Industries announced plans to invest $1 billion to build its first Northern American consolidated carbon fiber manufacturing plant in Moore, located in Spartanburg County. Automotive production is accelerating growth, with 250 auto and tire-related companies employing nearly 60,000 workers and touching all but six counties. BMW celebrated its 20th anniversary in the state by embarking on the fifth expansion of its Greer plant – its only U.S. production facility – and introducing a new vehicle model, the X7. The $1 billion investment will increase employment to 8,800 and boost production to 450,000 units annually, making the plant the highest capacity facility in BMW’s global network by 2016. Boeing is also in the midst of a $1 billion expansion of its Dreamliner plant in Charleston, which is expected to create 2,000 jobs over the next decade. Another significant expansion includes plans by Charlotte-based retailer Belk to double the size its e-commerce distribution and fulfillment center in Jonesville, investing $47 million and growing its employment to more than 300.

Leveraging road and railway networks, along with the deepwater Port of Charleston and a new inland port in Greer, South Carolina businesses are connecting to global markets at a rapid pace. The state posted a record year for export activity in 2013, with more than $26 billion in goods sent to 202 countries. Top trading partners include Canada, Germany and China. South Carolina ranks at the top in the nation for tire exports, controlling a 30 percent share of U.S.-made exported tires, and is a leading exporter of products from electrical machinery and organic chemicals to optical and medical equipment. Not only is South Carolina sending products around the globe, businesses worldwide are coming to South Carolina. Home to 700 international companies employing more than 100,000 workers, South Carolina is a top recruiter of foreign direct investment jobs. FDI represented 43 percent of investment in 2013, with a quarter of all new jobs tied to companies headquartered in foreign countries, with Japan, China, Germany, Canada and France.

The state is also building upon momentum in emerging sectors such as life sciences and other tech-based industries. The Commerce Department awarded $2.4 million in innovation grants to 14 organizations focused on building an innovative, technology-based, entrepreneurial business environment. “We’re focused on continuing to diversify the state’s economy – that means targeting business in sectors like life sciences and technology,” Hitt says. “By creating the Office of Innovation at the Commerce Department, we are helping to position the state to foster high-tech, high-growth and entrepreneurial businesses. I think we’ll continue to see the needle moving forward.” Read about the foreign-owned companies that chose to locate in South Carolina.