Discover how South Carolina has become an export powerhouse and a magnet for investments by international manufacturers thanks to advantages that include the Port of Charleston, superior logistics assets, low business costs and a highly skilled workforce. 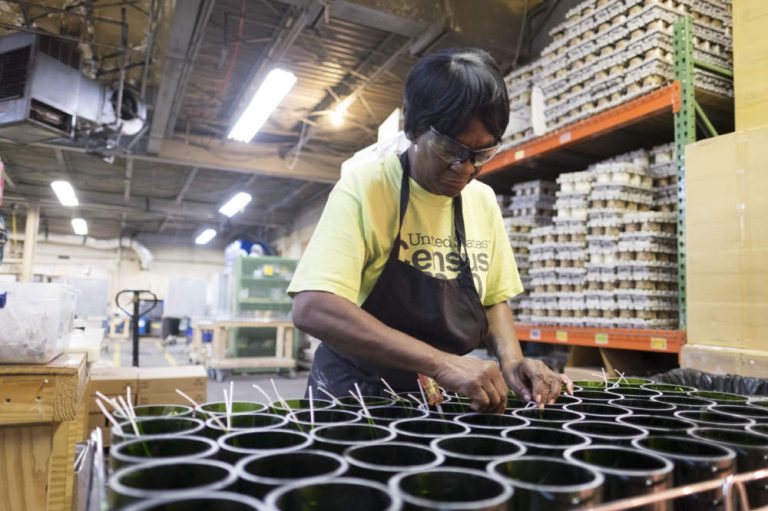 South Carolina is an export powerhouse and a magnet for investments by international manufacturers thanks to advantages that include the Port of Charleston, superior logistics assets, low business costs and a highly skilled workforce. Japanese manufacturer Komatsu, for example, relies exclusively on the Port of Charleston for imports of parts for the heavy equipment it assembles in Newberry and ships throughout the country.

Scout Boats, meanwhile, exports the sport fishing craft it manufactures in Dorchester County to almost 20 foreign markets. International markets are “extremely important” to Scout Boats, says President and CEO Steve Potts. “When our dollar is weak theirs usually strengthens. Also, it helps with balancing out production at times when many boats aren’t retailing as fast in the states due to the climate. Some of the other international markets’ climates are the exact opposite of ours, allowing us to reach a balance when it’s winter time here in the states,” he says.

Scout Boats and other South Carolina companies are contributing to the record pace of exports in the state, which broke records for the fifth straight year in 2014. Export volume topped $29 billion, up 13 percent from the previous year. Small manufacturers are able to compete in world markets from a South Carolina address, says Adam Fetsch, founder of Rewined, a Charleston-based maker of hand-crafted candles that sells its products in nearly 4,000 stores, 500 of which are outside the United States.

“Charleston is an ideal location for small and startup businesses because the people of this city wholeheartedly support them. The people of Charleston are passionate, generous, creative, welcoming and proud. Due to our proximity to the port, we also have access to exceptional resources that make the process of global expansion quite easy for us. We have easily linked up with experienced professionals who have allowed for a streamlined expansion overseas,” says Fetsch. South Carolina leads the nation in exports of a diverse range of products including passenger vehicles, tires, synthetic staple fibers, ball and roller bearings and lawn mowers.

The state also attracts investments by foreign-owned companies, which account for nearly 116,000 jobs, including 65,600 in manufacturing. In addition to globally known automakers such as BMW, Volvo and Daimler, South Carolina has attracted a host of foreign-owned companies across a range of industries. The state’s assets are instrumental in attracting foreign direct investment (FDI) from companies such as Komatsu and Bridge to Life, a biotech company based in the U.K. with its U.S. operations in Columbia and Charleston. Bridge to Life develops medical devices for organ transplants, with the mission of ending the wait for life-saving organs. The company sells its life-saving products in more than 40 countries.

“Our operations are in Columbia largely in part to the budding start-up community in our city. Columbia is working hard to become entrepreneur friendly, and there are many groups willing to help with office space, funding sources, and simply good advice. I’ve been told that we are one of the widest-reaching companies to graduate from the University of South Carolina Technology Incubator,” says Aaron Gilchrist, global sales director for the company. Komatsu has been working closely with the Port of Charleston for years, and today moves all of its imported materials through the port, says Isamu Hamai, senior manager, manufacturing.

“Before, we were importing though Savannah and Long Beach. Then I decided to consolidate all our imports via Charleston giving us an advantage of better control of our shipments and better communication with port managers. Thanks to our relationship with the South Carolina Ports Authority, I have met logistics companies … that we started doing business with,” he says. The result has been positive for the company and the state, says Hamai. “I believe this is a win-win relationship where Komatsu is doing more business in South Carolina working with companies in the supply chain that are located in the state, and at the same time the relationship not only with South Carolina Ports Authority but with the Secretary of Commerce allows us to generate more business locally,” says Hamai.