Learn why businesses in sectors as diverse as financial services, automobile manufacturing, food production and others are choosing South Carolina as the place where they invest, grow and create jobs. 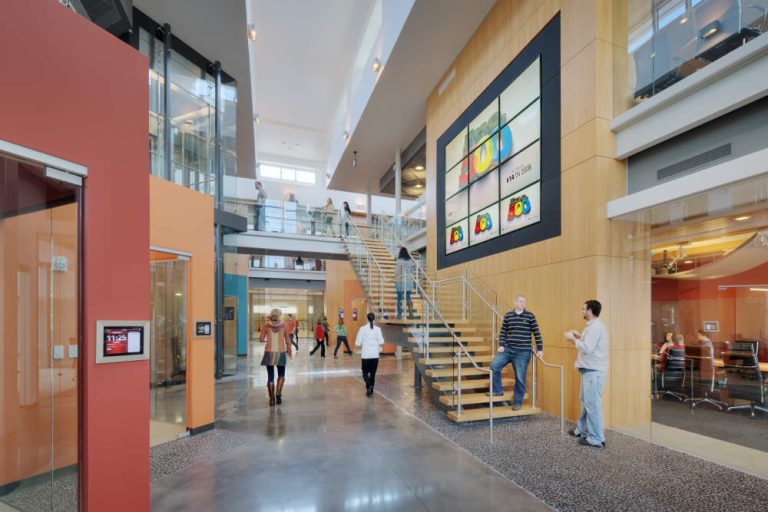 Thanks to a wealth of advantages and assets, South Carolina is the destination of choice for growing businesses in sectors as diverse as auto manufacturing, food production, financial services, information technology and logistics. Once they arrive, companies such as information technology leader Comcast and Israel-based Aran Packaging continue to expand, invest and create jobs in South Carolina, where they find a skilled workforce, low cost of doing business and a high quality of life. The state’s assets include deep-water Atlantic ports and energy that is both reliable and affordable.

For LPL Financial, those advantages were irresistible. The company is investing in a new, sustainable regional headquarters facility in York County. “We chose this location because of the possibilities the site offers us, for our growth and for our employees’ quality of life. The location provides proximity to a major metropolitan center, a high quality of life and the region attracts and offers a skilled workforce, which is critical for growing our business and delivering excellent service to our clients,” says Chairman and CEO Mark Casady. “The site itself was a great fit to be able to design a space that promotes employee wellbeing, and we appreciated the site’s unique blend between rural and urban spaces and access to a town center,” he says.

The company expects to create 3,000 jobs over the long term. LPL is a leading retail investment advisory firm.  As of July 2016, its brokerage and advisory assets grew to a record of $500 billion. The company has been ranked the No. 1 independent broker-dealer for the 21 consecutive years by Financial Planning magazine based on total revenues.

Comcast, which has a long-term presence in Charleston, is investing $21.4 million to establish a Customer Experience Center of Excellence in the city. The company, which announced the creation of 550 new jobs, was attracted by the deep pool of talented and highly motivated workers.

Aran Packaging selected Greenville County as the ideal place to establish roots in the U.S. market. Israel-based Aran, a leading company in the liquid packaging industry, announced the investment of $5.2 million in a facility in Greer, where it expects to create 63 new jobs over five years.

“We are excited to be expanding into the U.S. market and, specifically, into South Carolina. Because of its geographic location, an excellent business atmosphere and superb workforce, we believe that South Carolina is the ideal spot for us to open our first U.S. facility,” says CEO Lior Mor. Businesses are expanding across the state, with investments of $4.2 billion and an influx of more than 17,000 new jobs in 2015 alone. For many growing businesses, the availability of abundant, reliable and affordable energy is a significant attraction.

“South Carolina has one of the lowest industrial power rates in the United States, about 16 percent lower than the national average,” says James Chavez, South Carolina Power Team CEO. South Carolina Power Team and its partners Santee Cooper and Central Electric Power Cooperative are joined by 20 electric cooperatives in the state. Businesses locating and expanding with the assistance and encouragement of those utilities include Volvo Cars, which broke ground in fall 2015 on the automaker’s first U.S. factory. The $500 million in capital investment in Berkeley County is expected to create 2,000 new jobs.

Customer acquisition marketing firm Red Ventures capped off a $90 million expansion in York County that created another 1,500 jobs at its corporate campus in Fort Mill. The company, launched in 2000 with just a handful of employees, now has more than 3,000 workers and is the country’s largest technology-enabled platform for growing sales and marketing businesses.

“More and more people are calling this region home every day,” says Joel Martinez, Red Ventures executive vice president of human capital. “We have an increasingly diversified business environment, which was once dominated by banking, and has since expanded to welcome technology companies, entrepreneurs, analysts, sales professionals and others at a rapid pace.”

In 2014, the SC Power Team’s trustees and Santee Cooper board of directors approved the establishment of a $30 million Site Readiness Fund (SRF), a community preparedness initiative that will generate a minimum of $60 million in investments to advance business sites, says Chavez. “In addition, Santee Cooper and the 20 electric cooperatives adopted a new rate structure and incentive program, which makes our power system one of the lowest cost and most reliable utilities in the U.S. The rate offers deep discounts for large load projects, making our rate among the lowest in the Southeast,” says Chavez.