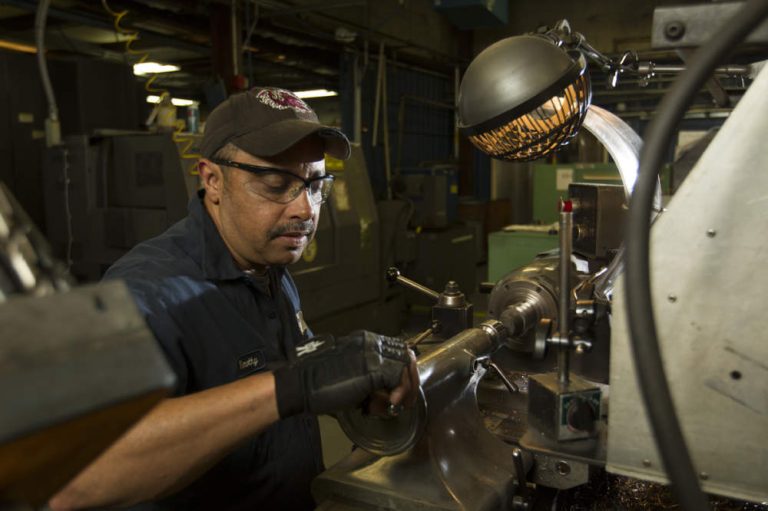 South Carolina’s efforts to spur investment and job creation touch every corner of the state. Given that nearly a quarter of the state’s workforce lives in rural communities, the state is committed to policies and incentives that attract investment in its rural communities. That commitment is paying off. In the last five years, more than 20,000 new jobs have been added and more than $5 billion have been invested in rural communities. Companies attracted to rural South Carolina’s quality of life, workforce and pro-business climate are realizing what Bamberg-based Phoenix Speciality has known since the company relocated from New York in 1966.

“We’re privately held, so the only people we answer to are to our customers and our employees, but we’ve done well, and the business has prospered,” Bob Hurst, company president, says. The family-owned business is a leading supplier of custom parts for equipment manufacturers, including those in the aerospace industry.

“South Carolina is a very business-friendly state,” Hurst says. “It does an excellent job recruiting new companies to come in here to try to increase payrolls, and they try to target recruitment to rural areas.”

Hurst says the company’s location in rural Bamberg County has played a major role in its growth and success. “We’re in small town USA – everyone knows everyone – and there’s a lot of good sides to that. We personally know the people in the county sheriff’s office; we know the mayor. Back in the ‘80s when we were growing helter-skelter, if we had a major electrical outage, the local co-op could have it fixed in a few hours,” Hurst says.

“Downtown Hartsville and even surrounding areas of the city became an attractive asset for new businesses and residents to relocate to the area,” says Natalie Zeigler, Hartsville city manager. “In recruitment of businesses specifically Hampton Inn and the Mantissa Boutique Hotel, a positive relationship between city administration and private investors were vital to enticing these businesses to locate to Hartsville. Private investors were willing to take a risk on Hartsville because of the efforts and incentives of the city.”

Zeigler says in addition to a strong mix of pro-business incentives, companies are also attracted to the community’s quality of life. “We possess a small town charm with quality infrastructure and a good school system that has begun attracting young professionals and young families to the area, providing for future stability and growth of the city’s population,” she says. “A combination of the city’s efforts and a community that is passionate about the betterment of Hartsville is crucial to attracting businesses.”

Another example of productive private-public partnerships is that between the state and the South Carolina Manufacturing Extension Partnership (SCMEP), which works to help small and mid-size manufacturers grow and flourish, many of which are located in rural parts of the state. A key in assisting recruitment efforts is the state’s infrastructure, says Chuck Spangler, SCMEP president. From Gov. Nikki Haley’s commitment to tourist communities to attracting companies to rural communities to the Department of Commerce, county and city economic developers.

“It’s just incredible teamwork,” he says. “This state is just phenomenal how we all are united and working together to do the right thing – not only to help recruit new companies but also to help existing businesses which, in turn, really helps draw the new companies.” The SCMEP has helped offset the cost of training and consulting for companies as well as with obtaining critical certifications.

“We’re working on trying to help offset the cost up to 50 percent of a project so they can get high-level quality consulting and training at a discount price so we can really help the maturity of those companies,” Spangler says. “We’re also helping companies in rural areas get the right certification so they can be a player in the supply chain. It’s going to help recruiting new companies to our state.”