South Carolina is a state where companies come, stay and grow. Its latest success story is Boeing, which brought a boom in the aerospace industry. 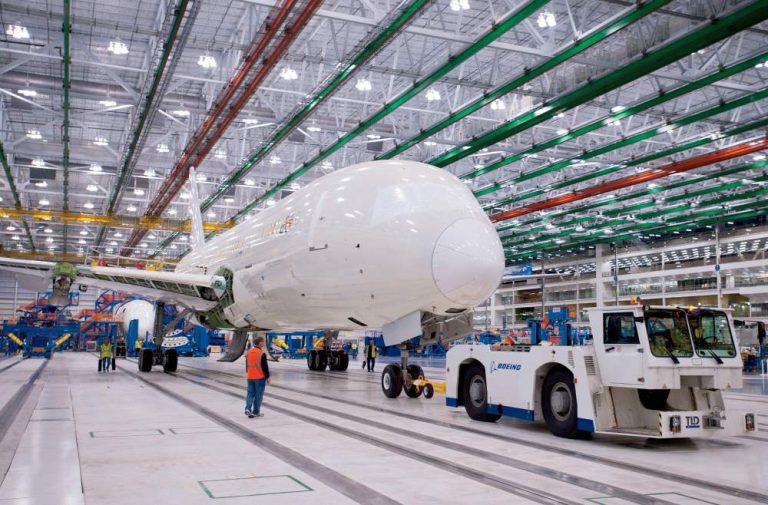 When it comes to geographic size, South Carolina may not be a heavyweight contender – it ranks 40th in area – but the Palmetto State has attracted some big names when it comes to business investment. In fact, it has readily established itself as a place where companies come, stay and grow.

“We are fighting above our weight,” says Bobby Hitt, South Carolina’s secretary of commerce. “We’re a small state blessed with good geography and good basic infrastructure and a nice, compact government scheme that lets us solve problems for our companies.”

One of its booming industries is aerospace, which has charted a course for rapid growth in the state that shows no sign of slowing soon. The sector is anchored by The Boeing Co., which chose Charleston in 2009 for a massive assembly operation for its 787 Dreamliner. Today, the company employs 6,000 workers at four facilities in South Carolina.

Boeing announced in April 2013 that it would invest another $1.1 billion in South Carolina, creating an additional 2,000 jobs over the next eight years. This expansion represents a 30 percent growth in its workforce there.

Hitt says Boeing’s selection of South Carolina put the seal of approval on the state for the aerospace and aviation industry. In fact, South Carolina’s aerospace industry is now comprised of more than 200 manufacturing and defense companies across the state, including Lockheed Martin, GE Aviation and A.I.D. Co.

In 2012, the state formed an Aerospace Task Force to develop and grow this industry. Its director, Charlie Ferrell, says he’s seeing the interest level picking up in South Carolina.

“We attended the Paris Air Show, and there was a tremendous amount of interest in South Carolina,” he says. “Because of Boeing, people around the world now know where South Carolina is. Having Boeing choose us was a game-changer. South Carolina now has a reputation for being a player in aerospace.”

“My job is to direct our strategic plan that will enhance the aerospace industry,” he says. “In the last 15 months, we’ve worked on all of the issues that make us competitive with neighboring states as well as in the world. We’re working especially hard on workforce development.”

Ferrell says South Carolina is investing in its STEM (science, technology, engineering and math) programs across its education system, beginning in kindergarten.

“Aerospace is highly regulated, and it takes a very skilled workforce,” he says. “We know that our schools have to become feeders for a high-tech education system. We have one of the better technical programs in the country. We’re also focusing on our readySC and apprenticeship workforce development programs.”

Hitt agrees: “Continuous improvements in workforce are one of the most important catalysts to our state being able to help businesses expand and grow.”

Building a Supplier Base

Both Hitt and Ferrell say attracting suppliers to the state to serve a new industry takes time.

“Boeing is in the early stages,” Hitt says. “The company is not unlike BMW. In its first 10 years, BMW helped us attract 12 or 15 suppliers to South Carolina. Now, 20 years later, we have more than 40 companies that came here specifically to serve BMW. And some of those came within the last year or two.”

Ferrell says as Boeing’s production rises, so will more interest.

“BMW builds about 1,200 cars per day – that’s an astounding amount,” he says. “Boeing is producing two or three airplanes per month. Suppliers are waiting, but they’re also watching.”

“Companies like Boeing and BMW are like big oak trees,” says Hitt. “They grow and they spread, and a lot of things grow in their drip line. Our job as government is to help take care of them. When companies are profitable, they will continue to do business here.”