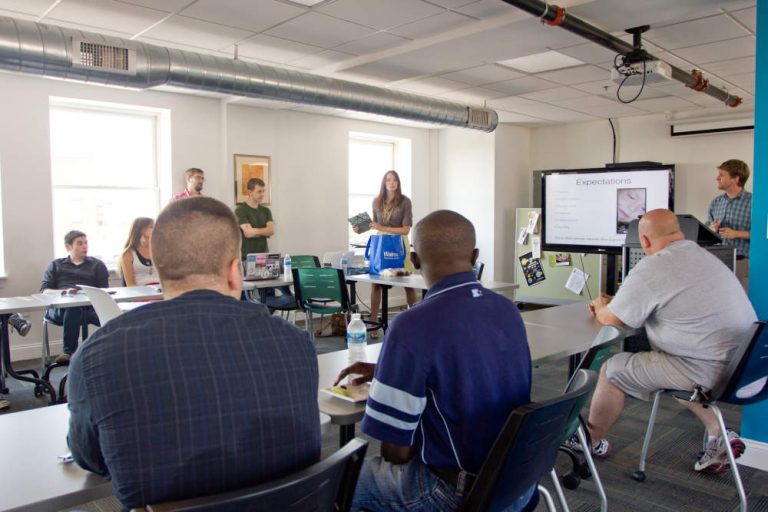 Cool companies are hot in South Carolina. The state is an innovation destination, spawning new companies in such breakthrough fields as information technology, energy and biotechnology. And helping these entrepreneurial companies grow requires an integrated support network, a deep reservoir of resources and the state’s commitment to innovation.

One example of that commitment is the $2.4 million in matching grant funds the state made available in early 2014 to qualifying organizations with projects aimed at attracting high-tech, high-growth companies. The grant program is part of a comprehensive Innovation Plan developed by the South Carolina Department of Commerce, and led to the creation of its Office of Innovation.

“Our primary goal is to support these homegrown, high-growth, high-tech companies in the state. To do that, we need to create an ecosystem that is supportive of entrepreneurs and startups and technology-based companies,” says Amy Love, director of the Office of Innovation.

“We want to engage  and educate the people of our community about the new opportunities that are out there,” says Stephen Turner, director of economic and urban development for Rock Hill. “We want to introduce them to the idea of entrepreneurship and owning your own business. and the resources available to assist in that.”

City leaders are transforming a former textile mill area between the downtown district and Winthrop University into the multi-use Knowledge Park development. The project involves hundreds of millions of private and public investment that will turn downtown Rock Hill into a destination for high-tech companies, residences, retail, restaurants and entertainment venues.

The Innovation Center is one of several components of Knowledge Park. Another component, the Technology Incubator at Knowledge Park, is a collaborative effort with Clemson University to take entrepreneurial ideas and help them grow into successful businesses.

Companies such as SPARC, a technology services provider, and Echovate, developer of human resource management software, are shining examples of the types of knowledge-based businesses that South Carolina wants to grow and attract. Both companies are members of the Charleston Digital Corridor, an incubator in downtown Charleston for software startups. In 2013, Inc. magazine named SPARC the 14th fastest-growing company in the country.

SPARC was founded in 2009 with just a couple of team members and a single project.

“We hired our 200th employee in July 2014 and are working on multiple projects across multiple business units,” says Chad Norman, SPARC’s director of marketing. “South Carolina and Charleston in particular have been very supportive of businesses in the technology sector. South Carolina understands that an investment in jobs in the knowledge-based economy will give our state a future advantage by cultivating high-paying, high quality-of-life jobs to attract and retain residents.”

Innovate Anderson, a public-private partnership in Anderson is using its grant award to help fund construction of e-Merge @ the Garage, an abandoned parking garage-turned-business incubator. The 10,000-square-foot facility will serve as a creative and training space for startup businesses.

The Anderson project is a testament to the state’s commitment to growing more high-tech companies within the state’s existing core industries – companies such as Columbia-based RhythmLink International, which manufactures and distributes medical monitoring devices like electrodes. Founded in 2002 by neurodiagnostic technicians and engineers, the company announced a $1.4 million expansion in 2014 expected to create around 50 new jobs.

“Jobs in the knowledge-based sector come with a big tax base, and this helps every local community where a technology startup puts down roots,” Norman of SPARC says. “In addition, people in the technology field have a high propensity to start their own companies, which continues to grow this vital sector.”