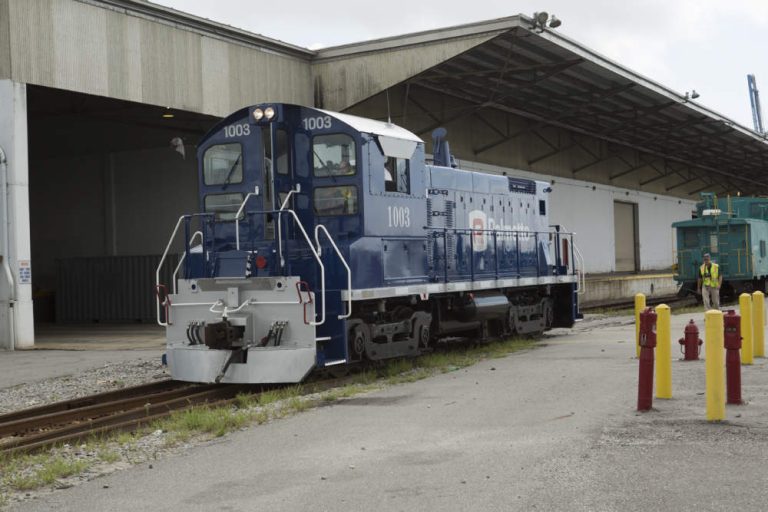 When Jim Redman-Gress relocated his logistics company to Charleston from New York City, he became quickly impressed not only with the facilities (such as the Port of Charleston) available there, but with the efficiency with which they operate.

“It seemed like a growing area compared to New York, which was kind of maxed out,” says Redman-Gress, owner of RGA Logistics. “It’s very alive. It’s growth-oriented. It’s a great place to ship through. Trucks move through the port quickly. Customs is really efficient here.”

South Carolina is a hub for domestic and international trade. The state offers access to the fast-growing Southeast and East Coast markets – and a highly skilled workforce. Its deep-water ports, airports and five major interstates connect to major North American markets and international shipping destinations.

Add land availability and low operational costs, and it’s no wonder high-profile companies such as Amazon, adidas, Target and QVC choose South Carolina as a distribution location. Another plus: a roster of Foreign Trade Zones that allow companies such as BMW Manufacturing Co. to defer or eliminate duties and taxes. BMW was named Exporter of the Year in 2012 by the National Association of Foreign Trade Zones on the strength of the $5.24 billion in exports from a Spartanburg subzone.

The Port of Charleston helps power the state’s international trade, handling more than $63 billion in commerce each year. It’s the center of a growing export business that sent $25.7 billion in products from South Carolina overseas in 2012. And it’s a key advantage for major manufacturers such as BMW and tire makers like Michelin, Bridgestone and Continental in reaching global markets.

Over the course of 10 years, the Ports Authority plans to invest around $1.3 billion in its ports, Newsome says, “representing an all-in bet on the future of big ships calling Charleston, as well as population growth in the Southeast and the rise of exporting activity.”

That plan that includes a new container terminal at a former naval shipyard. Slated to open in 2018 or 2019, the Navy Base Terminal will boost container capacity 50 percent. The port will also upgrade existing facilities. The state is providing another $700 million in infrastructure, including a new Intermodal Container Transfer Facility. The ICTF will be served by two rail carriers and connect to I-26 and the Navy Base Terminal.

With a depth of 45 to 48 feet, Charleston Harbor currently holds a five-foot advantage over the next-deepest port. The ports authority plans to deepen Charleston’s channels to 50 feet or greater, complementing Panama Canal expansion that will allow larger vessels to reach Atlantic Coast ports. The U.S. Army Corps of Engineers is studying the project; once it’s approved, Charleston will be the only Southeast port to allow 24/7 access to larger, post-Panamax vessels

“The Southeast is an export-rich area, with natural resources like forest products and agricultural goods, as well as a large share of the nation’s manufacturers that make product in global demand,” Newsome says. “The Port of Charleston is positioned to become an even larger player in exporting activity, thanks to its deep shipping channels, which are currently the deepest in our competitive region. Ships continue to increase in size, requiring deep water to efficiently handle goods and maximize a vessel’s capacity. For each foot of additional water, a carrier can load 100 additional containers per voyage. Charleston has a five-foot advantage over its next-deepest competitor, which, for an ocean carrier, is found money.”

In addition to the port, South Carolina’s integrated transportation network includes two Class I rail carriers, eight short-line railroads, five commercial airports and five interstate highways that cross the state and put it within a day’s drive of two-thirds of the U.S. population.

“We do a lot of business with smaller companies looking for ways to save money,” Redman-Gress says. “We’ve shown people that you can move your goods through the Port of Charleston for a lot less than if you were to bring it in through New York or Los Angeles.”

“South Carolina is working at providing tax breaks wherever they can,” says Hal Burton, president and CEO of third-party logistics provider Premier Logistics Solutions in Charleston.

For instance, companies that increase their cargo volume at Charleston’s port by at least 5 percent in a year can become eligible for tax credits.

Redman-Gress also appreciates the work ethic in the state. “Even though it’s a slower pace of life, it’s full of hardworking people proud of doing what they do,” he says.

“These guys are blowing through (the rolls) just as fast in the middle of July as in January when it’s beautiful out,” he says. “South Carolina is a very business-friendly state. If you compare the working environment, the living environment, the port and its infrastructure, it seems like it’s a win all the way around.”