Skip to content
Home > SC > Education, Careers & Opportunity > Technology in South Carolina: Where the Future Is Being Invented

Technology in South Carolina: Where the Future Is Being Invented

Learn how innovative companies are growing in South Carolina thanks to a business ecosystem rich with resources that promote entrepreneurial activity, access to financial and technical support, a wealth of facilities and a highly desirable quality of life. 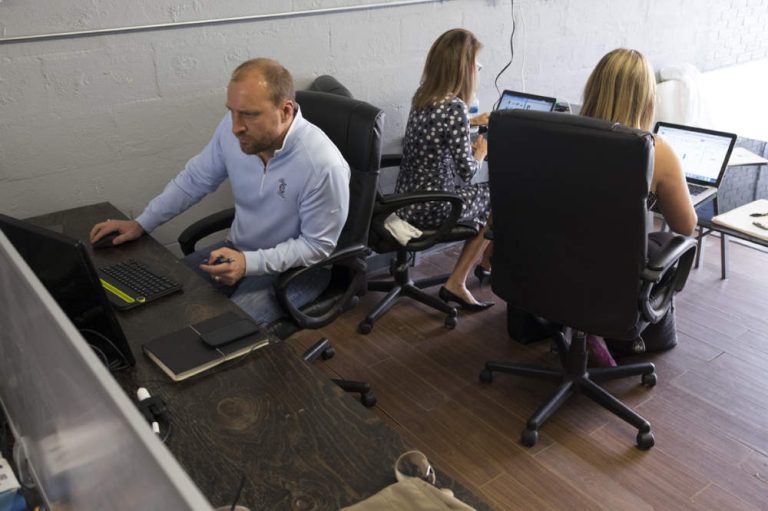 Innovative companies are growing in South Carolina thanks to a business ecosystem rich with resources that promote entrepreneurial activity, access to financial and technical support, a wealth of facilities and a highly desirable quality of life that attracts and retains talent. “There’s a good reason Charleston has earned the name Digital Harbor,” says Sam Staley founder of Bidr, a startup whose technology allows users to bid on silent auction items and get updates on their smartphones. Bidr won a $100,000 pitch competition prize from Steve Case, the co-founder of AOL who now leads Revolution LLC, a Washington-based investment firm. Case made the investment in Bidr when he brought his “Rise of the Rest” bus tour to the Palmetto State, where he found numerous examples of entrepreneurial innovation.

“Rise of the Rest” is about shining a spotlight on cities like Charleston, and many others throughout the nation, where it is becoming easier for new businesses to start, scale and add jobs in their local community,” says Case. “Charleston is a city steeped in history, but there is real potential to leverage resources and build a vibrant startup ecosystem that spurs innovation in the future. I’m excited to work with the talented team at Bidr, which is an example of a promising, young company in Charleston,” he says.

That optimism, says Case, is also buoyed by a wave of promising new businesses including specialty candle producer Rewined Candles and digital marketing firm LevelWing. Entrepreneurs also benefit from a supportive infrastructure such as the Harbor Entrepreneur Center and attention they are receiving from local and state governments, including and Charleston Mayor Joe Riley and Gov. Nikki Haley.

Another startup, Eatabit, is disrupting the food service industry with text messaging and printing technology that simplifies the process of placing an order at a restaurant. “You text your favorite restaurant the same way you would call them,” says Eatabit co-founder Stewart Moore. The messages are delivered to a printer that Eatabit developed and supplies to its clients, which include restaurants, hotels, golf courses and other businesses. Moore and partner Greg Oleksiak came up with the idea for Eatabit while trying to place a delivery order from their favorite bar. Their phone call wouldn’t go through and there was no way to order online.

“We hacked this thing together in Greg’s garage,” Moore says of the company’s prototype printer. Next, they participated in the Harbor Entrepreneur Center’s Business Accelerator program, which provided access to a network of mentors and advisers, classes, free work space and introductions to potential investors. “I don’t know where we’d be without the accelerator. I can’t even put a dollar figure on the value,” says Moore. Entrepreneurs throughout South Carolina have access to numerous resources. The state encourages entrepreneurship through efforts such as the Office of Innovation, launched in fall 2013, and SC Launch, which facilitates applied research, product development and commercialization programs.

The South Carolina Angel Network (SCAN) connects more than 20 leading angel groups that consists of 200 individual angel investors who meet frequently to analyze the best early-stage companies from around the region and support them with their financial and intellectual capital. South Carolina companies attracted more than $266 million in venture investment between 2010 and 2014.

SCAN affiliates have invested more $12 million in 37 companies, 80 percent of them in South Carolina. Greenville-based New York Butcher Shoppe received funding through SCAN’s network. The company retails high-quality beef and items such as chicken cordon bleu, fresh seasonal vegetables, pastas, sauces and wines. The company has franchises in South Carolina and Georgia and has plans for locations in other states. Staley, the founder of Bidr, says South Carolina is building a strong foundation of innovative companies that can draw strength from one another.

“I network with 20 or 30 companies. You never know where that synergy will come from,” he says. South Carolina’s quality of life is a major advantage for startups competing for top talent with Silicon Valley and other hotspots, says Staley, an Atlanta native who arrived in Charleston for college and never left. South Carolina is a nurturing environment for tech startups, says Moore. “We’re in the right place at the right time,” he says.