Skip to content
Home > SC > Education, Careers & Opportunity > Why You Should Move Your Business to South Carolina

Why You Should Move Your Business to South Carolina

South Carolina's strong economy and quality of life for residents draw companies from far and wide to set up shop. 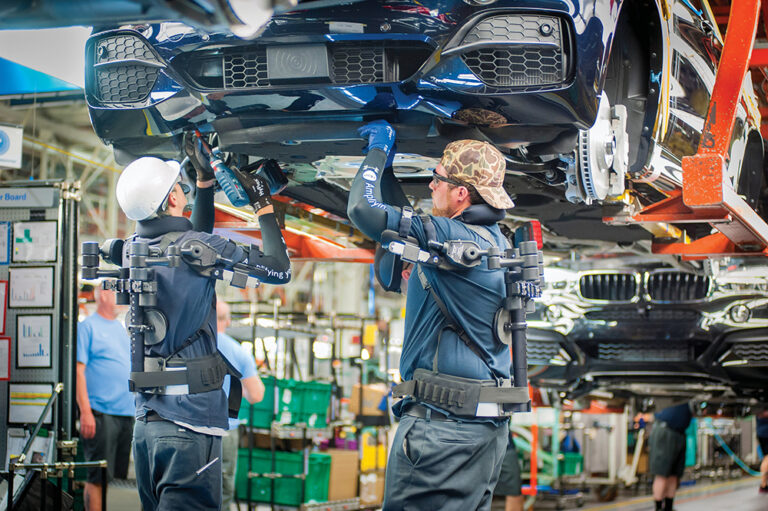 South Carolina is a destination for growing businesses and the talented workers who make them successful, thanks to its outstanding quality of life, affordability, higher education options, strategic Eastern Seaboard location and outdoor-oriented lifestyle. As a result, business expansion is taking place at a record-setting pace throughout the state, which attracted 153 projects, representing $5.7 billion in capital investment and more than 18,000 new jobs in 2021.

“The state of South Carolina is an attractive location for industry due to a variety of circumstances,” says Jay Schwedler, president and CEO of Sumter Economic Development.

“A workforce that is growing, learning and acquiring new skill sets will position South Carolina for future growth.”

These include South Carolina’s East Coast location, superb infrastructure, such as the Port of Charleston, and access to major markets and population centers within a two-day drive. In addition, the state’s business climate is welcoming to all companies, including startups, manufacturing and other industry sectors, he says.

Foreign direct investment is a significant contributor to the state’s economic strength.

The Palmetto State is home to more than 1,200 operations of foreign-based firms, including BMW, Mercedes-Benz and Michelin. International businesses employ more than 140,000 workers in South Carolina.

The state’s location and infrastructure are unmatched, he says. The Port of Charleston is one of the deepest on the East Coast. Five interstate highways crisscross the state, and manufacturers and shippers have access to Class I railroads CSX Transportation and Norfolk Southern.

“We have proven time and time again that this state is a great place to do business. For instance, no one thought we could build luxury BMWs, or how about wide-body Boeing jets? I’d say we proved them wrong,” Kosinski says.

Numerous companies recognize South Carolina’s appeal and choose to create or expand operations in the state. As a result, several prominent business announcements were made in 2021.

Plus, Kosinski says there have been more announced projects since the pandemic hit than any other time in the history of Clarendon County. Examples include Provalus, which announced 105 jobs; Loctek, which invested $5 million and created 15 jobs; and Westinghouse, which announced an investment of approximately $24 million and 50 jobs.

“The Sumter and Lee County area is representative of much of South Carolina. It combines historical assets, a still-thriving agribusiness sector, a growing and long-storied industrial portfolio of companies that have proven over many years that our region is an exemplary location for business, and a thriving military environment with Shaw Air Force Base providing enormous economic impacts,” he says. “All of these, coupled with our people, make this region an ideal location for a variety of industry sectors.”

South Carolina’s flourishing, pro-business economy creates a unique allure that many areas strive to achieve. The state has become a magnet for companies in various stages of growth and industries. The state also offers incentives that businesses can add to their list of reasons to open up shop. Here are seven statutory benefits businesses can expect:

Other advantages include fast-track permitting, numerous shovel-ready sites, easy rail access, five interstates that make it easy to get from point A to point B, and workforce development programs that train workers to fill in-demand jobs. For more information on the state’s business incentives and advantages, visit sccommerce.com.

After the pandemic turned the world upside down and brought things to a speedy halt, South Carolina has rallied and seen great business success. In particular, 2022 has been an excellent year for the state, especially regarding the number of announcements for significant business expansions and other capital projects.

Here are some notable announcements made in 2022: