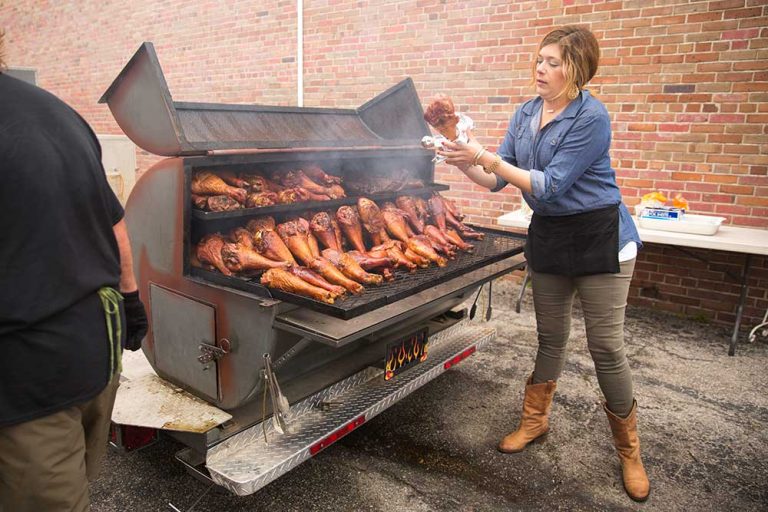 Charleston / Courtesy of North Charleston under a CC 2.0 license.

It pays to take the road less traveled in South Carolina, where hidden gems are scattered across the state. From its tucked-away treasures to tried-and-true destinations, the Palmetto State gives residents and visitors countless reasons to keep coming back for more.

Created in 2013 by the South Carolina Department of Parks, Recreation and Tourism (SCPRT), the South Carolina BBQ Trail includes more than 235 barbecue restaurants. While the state has long been known for its excellent barbecue, a few of its can’t-miss dining spots are not on the main route.

“Barbecue is all over the state, but some of the best barbecue restaurants are down a dirt road – nowhere near a city,” says Duane Parrish, director of the SCPRT. “We thought barbecue was a great way to introduce the rest of the state and get people off the beaten path.”

Part of what makes South Carolina such a unique barbecue hotspot are its four sauces:

* Mustard, which is unique to the Palmetto State.

* Vinegar and pepper, most commonly used along the coast.

* Light tomato, popular in the northeast corner and upper middle part of the state.

* Heavy tomato, which is usually found in the state’s western and northwestern areas.

According to Lake E. High Jr., author of A History of South Carolina Barbecue, South Carolina is the only state in the nation that uses all four kinds of sauce on a regular basis.

In addition, the state has more barbecue festivals per capita than any other state in the country. One of its top events is Bands, Brews & BBQ, an annual festival held in Port Royal that includes a barbecue cook-off sanctioned by the South Carolina Barbecue Association.

“We are the barbecue state,” High says. “We have barbecue everywhere that’s been cooked right.”

Focused on promoting the state’s lesser-known attractions, the SCPRT’s DiSCover campaign launched in 2014. The campaign was designed to help South Carolina visitors explore destinations beyond its golf courses, beaches and popular cities like Myrtle Beach and Charleston.

“It’s the most beautiful lake – not just in South Carolina, but maybe anywhere,” Parrish says. “It has about 10 waterfalls around it that you can go see, one of which you can take your boat under, and it’s just a really fun experience. It’s a place that’ll make your blood pressure drop about 10 points.”

While many visitors check out the state capital in Columbia, many may not realize the city’s Riverbanks Zoo and Garden – home to more than 2,000 animals – was named one of America’s top 10 zoos by both TripAdvisor and USA TODAY readers. Columbia also includes the South Carolina State Museum, which has more than 70,000 artifacts and is the largest museum in the state, as well as EdVenture, the south’s largest children’s museum.

Achieving notoriety during the Revolutionary War, Blackville’s Healing Springs is believed to have healing powers in its mineral water. Legend has it that four British soldiers miraculously recovered from severe injuries after bathing in the springs, and Parrish says people continue to come from all over the Southeast to access the water.

“It’s really off the beaten path, but every day there are at least three or four people waiting in line to get water,” Parrish says.

In the future, the SCPRT plans to create a “liquid assets” trail that will include places such as the Firefly Distillery on Wadmalaw Island and the Blenheim Ginger Ale bottling facility in Hamer. Ideally, each destination will offer visitors the opportunity to tour their operations and taste their final products.