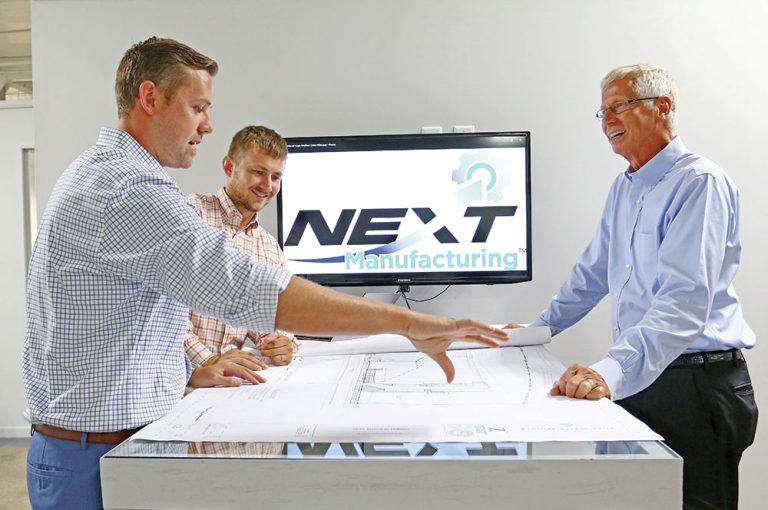 Whether you’re a home baker with a one-of-a-kind scone recipe, an artist with a plethora of work to showcase in a downtown studio or a devout angler with an idea that makes fishing more efficient, Greenville is a place where entrepreneurs can find not only opportunity, but success.

Take the devout angler, for instance. After graduating from college, Greenville local Nick Rubio was out fishing on Lake Hartwell one day with the man who introduced him to the sport, a resource officer from Greer Middle School (Rubio graduated from Greer High School prior to attending college). Like always, the two were filling out their fishing journal for that day, recording things like the weather and what they had caught, when a few questions arose: “Why are we still writing this down? Why isn’t there a way to capture this and more data automatically?â€

And from these questions, an idea formed: Use an app to automate the numerous tasks involved with successful fishing.

“It kind of ran from there,â€ Rubio says.

In 2015, he developed such an app, Fatsack Outdoors, but lacking resources and experience, Rubio leaned on NEXT, an entrepreneurial support organization created by the Greenville Chamber in 2006 that connects, educates and promotes entrepreneurs and their ventures through a vibrant ecosystem of innovators, facilities, capital and talent.

Through NEXT’s Venture Mentoring Service (VMS), a team-based mentoring program developed by MIT, Rubio had everything he needed to grow his business, and he continues to meet with his mentors today.

“Really, one of the biggest things they offered was connections in the area … lawyers or patents or anything like that – it seems like NEXT had the people that could help,â€ Rubio says. “Without that mentor program and what NEXT offered in the beginning, I don’t think I would have been as successful in raising money and really just operating the business as a whole.”

And success he has seen. Since the company’s inception, Fatsack Outdoors has seen 50,000 downloads and hosted fishing tournaments for companies and fishing clubs across the U.S.

Fatsack is one of the more than 110 businesses NEXT assisted in 2019, and VMS is only one of the programs it offers. NEXT provides everything from monthly peer networking and learning events, to the Upstate Carolina Angel Network that was developed in 2008, to internships, to three award-winning entrepreneur spaces.

“If you engage, you will immediately get into the ecosystem and into a peer network,â€ says Ken Brower, NEXT’s CEO. “I think the real magic of NEXT is the intangible stuff. The magic that happens in the hallways in the facilities with the collaboration between these companies, … and if anybody’s having a particular problem, it’s pretty easy to reach out to some peers who have been there.”

Brenda Laakso, vice president and one of the original cofounders of NEXT, says a number of entrepreneurs have chosen to relocate to Greenville because of everything NEXT has to offer as well as the area’s quality of life.

And for Rubio, it was not a question whether he would stay in Greenville to develop his company.

“I’ve traveled around the country a good bit, and this place is the one I want to always call home (because of) the resources, but more so the people,â€ Rubio says. “It seems like everybody’s willing and wanting to help and wanting to make Greenville a better and more inclusive place.”