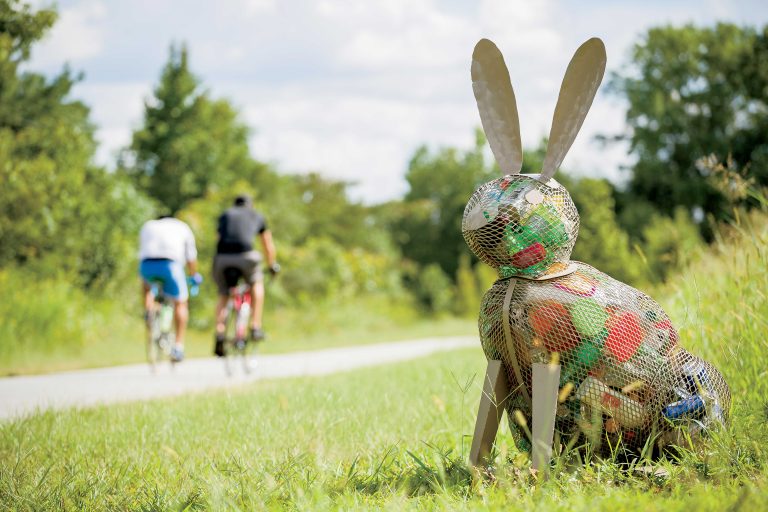 Former pro bike racers Boyd and Nicole Johnson moved from Charlotte to Greenville 13 years ago for one main reason – because for bicyclists, Greenville has amazing terrain.

“Boyd was a professional stage racer and I was a Criterium racer, and the Blue Ridge Mountains are perfect for training,â€ says Nicole. “When Boyd retired from racing, he had ideas to improve top-level bike equipment, so he launched Boyd Bikes in 2009 in Greenville.â€

The company, now known as Boyd Cycling, began designing and building bike frames, handlebars and other products, but after 1 1/2 years, the married couple just wanted to specialize in producing high-tech bicycle wheels and hubs.

“In 2011, we launched our own rim designs and hubs thanks to Boyd’s engineering and bike competition background, and today we sell racing wheels in 150 bike shops throughout the nation and have online customers worldwide,â€ Nicole says. “We employ 10 people.â€

The company specializes in carbon fiber and aluminum wheels for high-performance bikes that ride on gravel or asphalt, and Nicole says that besides the terrain advantages, Greenville is a great place for bicyclists because of the weather.

“You think about Colorado and Utah that are amazing for high-performance bicycling, but you have to contend with their snow and harsh winters,â€ she says. “In Greenville, it’s only in January when you need to be completely bundled up. The rest of the year is great.â€

Nicole adds that local motorists are “pretty tolerantâ€ of the bicycling community, knowing that Greenville is a city where people ride bikes.

“It seems that every road being built these days includes a bike lane, and we also have an excellent Swamp Rabbit Trail that is ideal for all forms of bicycling,â€ she says. “Greenville has bike clubs, organized races and a bike share program, and the city seems to be embracing a European scenario about bicycling that is really good to see.â€