South Carolina provides entrepreneurs with a wealth of support and resources. 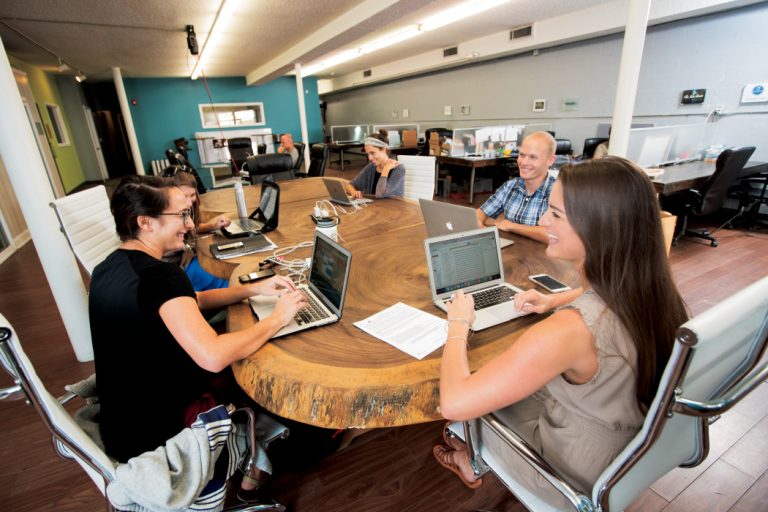 When the Charleston Digital Corridor (CDC) initiative was launched in 2001 to grow the high-wage economy in Charleston, there were just 18 tech-related companies in the city.

Today, the Charleston area boasts more than 350 tech companies representing more than 10,000 jobs, and the state’s oldest city is now considered a technology hub, one with an enviable quality of life and low cost of living.

But Charleston isn’t the only city in South Carolina where innovative, new companies are launching and succeeding. Thanks to integrated support networks that encourage and assist highly motivated entrepreneurs, knowledge-based communities are growing across the state, attracting hundreds of millions of dollars in venture capital and raising the high-tech profile of communities such as Greenville, Spartanburg, Rock Hill and all points downstate.

Among the organizations working to enrich the state’s innovation economy is the South Carolina Research Authority, which supports entrepreneurs via its SC Launch program, an initiative that provides investment, commercialization assistance and mentoring to early-stage companies in the life science, transportation, defense and energy industries, among others.

A host of support networks focus their efforts on a particular region. Consider Spartanburg, which benefits from the activity of the Economic Futures Group and the Duncan-based Center for Business and Entrepreneurial Development, which has a half-dozen client businesses utilizing its 363,000 square feet of office and industrial space. Also of note is the Spartanburg Entrepreneurial Resource Network, “a collaboration of businesses, educational institutions and organizations – [all] working together to encourage and support a climate of entrepreneurship in Spartanburg.”

For its part, Charleston has long been reaping the benefits of the CDC’s 15-year-and-counting effort to raise per capita wages, diversify the local economy, and create high-paying jobs for recent college grads.

“The idea was to leverage this beautiful city – the built and natural environment – to try to insulate Charleston from economic downturns,” says Ernest Andrade, executive director of the CDC.

“Slowly but surely we’ve been able to build a successful tech and innovation community by taking what we have that is attractive to people and working from there.”

Another organization making a difference in Charleston is Lowcountry Local First, which operates Local Works (est. 2014), a community co-working facility. Local Works is home to a diverse array of entrepreneurs that currently numbers 42 and which together produce $16 million in annual revenue. One of its other initiatives is the Johns Island-based Dirt Works Incubator Farm, which helps new and beginning farmers launch farm businesses by providing access to land and mentors.

Yet another big part of the local entrepreneurial community is the Harbor Entrepreneur Center, a business accelerator with four locations in the region that aims to build scalable businesses in the Charleston area, enrolling startup teams in 14-week programs that are guided by mentor entrepreneurs. Among its portfolio companies are Bidr, developer of a silent auction platform designed to let event attendees text their bid for auction items, and OpenAngler, which lets users see which charter fishing companies have available dates, select a charter based on location, type, or verified trip reviews, and book a reservation.

Greenville’s Next Innovation Center provides entrepreneurs, startups and small technology businesses the opportunity to lease office space in a collaborative work environment. One of its members is Phillip Grimshaw, president of Phillip Technologies, which manufactures components used in the semiconductor and optics industries. Grimshaw’s company operates out of its own independent facility, but he still takes advantage of the resources accessible via the Next Center.

“There are so many easy-to-access resources,” Grimshaw says. “For anyone starting a business it’s easy to find your footing here because the community is easy to reach out to. At the Next Center you can get next to guys who have sold their companies for a hundred million dollars and are willing to mentor you. That’s incredibly cool, and you don’t have to jump through hoops to get that.”

To hear Grimshaw tell it, there’s plenty of inspiration to go around: “With the amount of technology companies that have come into the state,” he says, “South Carolina now has a great atmosphere for tech.”