Location and quality of life draw business and talent to the sixteen-county Greater Chattanooga Region. 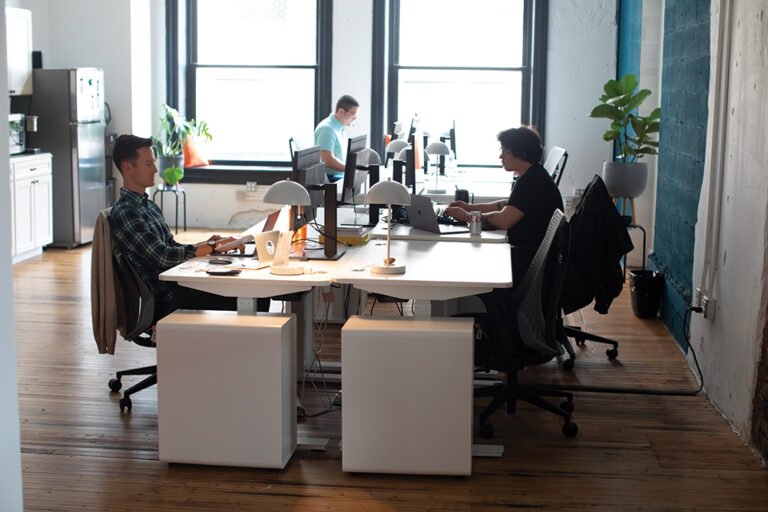 Logistics provider Trident Transport and cast iron cookware manufacturer Lodge are entirely different businesses, and neither has much in common with Viget, a digital marketing provider.

All of them are located in Greater Chattanooga, which consistently ranks as one of America’s most business-friendly locations thanks to its low taxes, superior infrastructure, including 10-gig broadband, and an unbeatable quality of life.

“Our culture is deeply entrepreneurial, so we needed to operate in a region that shares that same spirit. The economic development, talent and passion in this city have created a destination for growing businesses like ours,” says Mark Harrell, president and chief operation officer, Trident Transport, Chattanooga.

The 16-county, three-state region has a $45 billion economy. Dozens of newly arriving and expanding businesses created more than 5,000 jobs in 2020 and 2021. The Greater Chattanooga Economic Partnership reports that their combined investment totaled more than $1.73 billion.

“Chattanooga has grown into a thriving region due in large part to the confluence of natural assets and urban amenities that attract great talent and logistical advantages that allow businesses to successfully support their customers across multiple industry sectors at a global level,” says Charles Wood, vice president of economic development, Greater Chattanooga Economic Partnership.

Viget has new offices in downtown Chattanooga’s historic Loveman Building, where workers enjoy convenient access to the heart of the city.

Viget has five employees in Chattanooga and is growing. The company is hiring digital product managers, designers, software developers and others.

“Chattanooga is a great place to live, work and build a team. It has all the ingredients needed for a sustainable creative tech community: solid infrastructure, great dining and entertainment options, countless outdoor activities, affordable and welcoming neighborhoods to live in and a supportive entrepreneurial culture among both digital and traditional businesses,” says Bush.

Chattanooga’s status as a “gig city” with the availability of the world’s fastest internet speeds was an attraction for Trident. Of Trident’s 283 employees, 208 are in the city.

“Chattanooga has grown into a thriving region due in large part to the confluence of natural assets and urban amenities that attract great talent.”

Trident looked at other cities outside of Tennessee when the company launched, but no other location matched the advantages that Chattanooga had to offer. The city’s broadband and technology capabilities, and its position as a central logistics hub, were at the top of the list of deciding factors, says Harrell.

The support the region offers businesses, coupled with its quality of life, was another plus.

“We felt the buzz of this city over eight years ago when we decided to set up shop here,” Harrell says. “The energy of this city has been booming with growth ever since.”