The parachute producer is bringing the greater Chattanooga region to new heights. 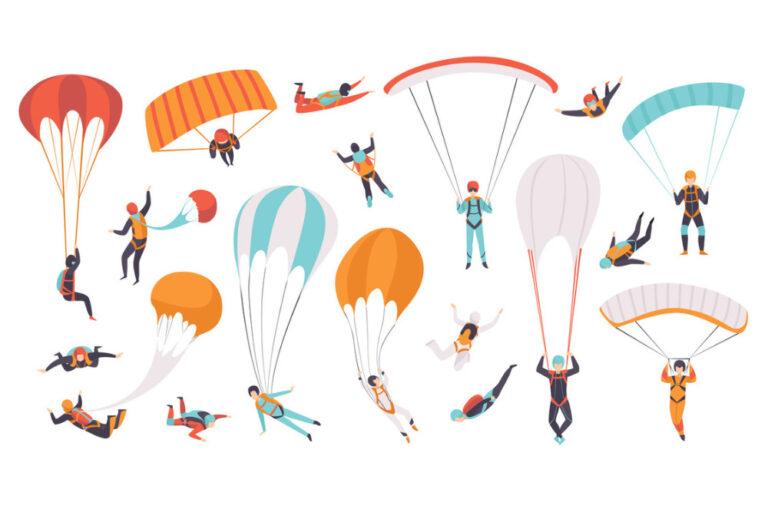 When Red Bull needed a parachute to safely bring someone down to Earth from a space freefall, they called Precision Aerodynamics, the Dunlap, Tennessee-based parachute company.

Part of a network of successful area manufacturing companies, Precision is known for designing parachutes that have served militaries around the world, from the British Royal Marines to Japanese armed forces, turning out more than 60,000 parachutes in its 47 years of operation. The chutes are highly maneuverable, letting jumpers land with precision using satellite guidance from high altitudes.

When George Galloway founded the company in 1975, he had no way of knowing that he’d be behind navigating President George H.W. Bush’s 85th birthday skydiving jump.

The company’s patented Raven chute allows people of varying weights, sizesch and body types to use it and get the same performance. While Precision’s parachutes are used by adventurous types who jump from planes, bridges and cliffs, its parachutes are designed with more than thrill-seekers in mind — people who need to jump from a high-rise building in case of an emergency, such as an earthquake or terrorist attack, can also use the EscapeChute.

Galloway’s fascination with parachuting and planes began in childhood, and when he started, he was sewing nylon chutes to help support his jump school. In the early 1980s, he moved his business operations from Chattanooga to Dunlap, which at the time had a population of about 10,000.

The coal mining town was known for its hang gliding, and Galloway hired seamstresses who had worked in the area’s textile mills. The company is a point of pride in the region, having invested almost $2 million in its business, which is housed in a 200,000-square-foot manufacturing facility and employs dozens of locals.