Why Entrepreneurs and Tech Startups Are Flocking to Chattanooga, TN

Chattanooga's entrepreneurial ecosystem and 10-gig broadband have made the city a startup magnet. 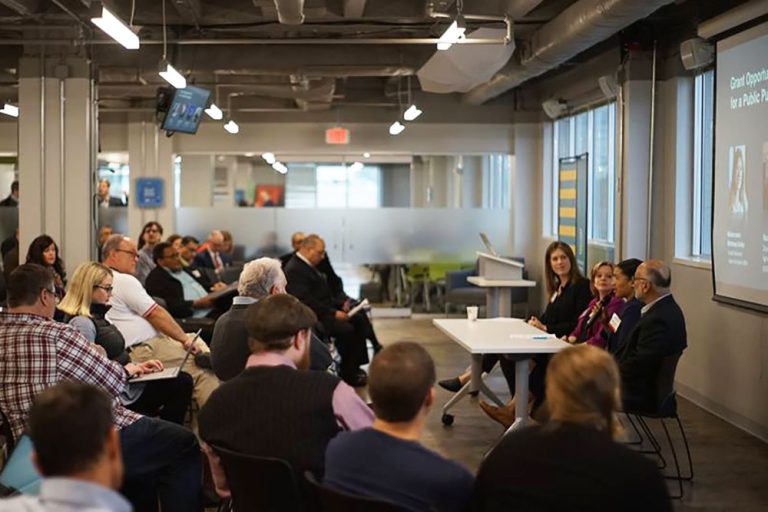 In 2002, Felicia Jackson faced a life-and-death situation: her two-year-old son was choking and slipping out of consciousness.

Jackson’s husband was able to save their son, but the frightening incident inspired her to create CPR Wrap, a lightweight, medical-grade plastic wrap with a one-way mouthpiece that empowers any bystander – certified in CPR or not – to give someone lifesaving CPR.

After a year at the 127,000-square-foot INCubator located in the Hamilton County Business Development Center in Chattanooga, CPR Wrap is poised to scale up and begin selling its product in volume.

CPR Wrap is one of dozens of businesses benefiting from calling the Business Development Center home. Together, those 70 companies generated $17 million in revenue and investment in a recent 12-month period. The INCubator –  the largest (in square footage) business incubator in the state and third largest in the country – turned 30 in 2018.

10 Reasons You Should Do Business in Chattanooga, TN

“We’ve been here for five years and it’s been tremendous,â€ says Harrison Tyner, founder and chief strategy officer of WeCounsel. “It’s a very attractive location with great office spaces that you can mold and shape to whatever you want them to be.â€

Tyner has also been dazzled by the local entrepreneurial ecosystem as a whole.

“We chose Chattanooga over other cities because we were impressed with the resources that the city and community have made available to entrepreneurs,â€ he says.

WeCounsel was previously was a part of Chattanooga’s CO.LAB accelerator, which Tyner describes as “the front door for entrepreneurship in Chattanooga.” WeCounsel took pat in Co.LAB’s GIGTANK program, a boutique accelerator for startups developing business applications that thrive on low-latency networks.

“They taught us what it is to run a business,â€ says Tyner. “The great community of other entrepreneurs has allowed us to leverage a vast mentor network and develop an advisory board for the company.â€

Resources such as the INCubator and Co.LAB ignite innovation across the region.

The Enterprise Center leads development of Chattanooga’s downtown Innovation District, a collection of business incubators and accelerators. The city’s vibrant and walkable downtown fuses public spaces, restaurants, coffee shops and other gathering places with amenities  such as a bike share program and free downtown electric shuttle. That chemistry brings together creative thinkers, entrepreneurs, student, and tech-savvy innovators to, in the words of the Enterprise Center, “collide and collaborate” to conceive new ideas.

In Dalton, GA, a downtown incubator opened in early 2018 in the signature Landmark Building.  The Dalton Innovation Accelerator (DIA) launched with a competition that allowed entrepreneurs to pitch their ideas to potential investors. The DIA provides a range of services for fledgling ventures and also the opportunity to connect and collaborate with other entrepreneurs.

International Maritime Security Associates cited the speed and reliability of the 10-gig network, run by Chattanooga’s publicly owned EPB utility, as a big factor in the company’s decision to relocate from South Florida to Chattanooga.

EPB’s broadband also appealed to the organizers of the Alexa Conference, which attracts developers for Amazon’s cloud-based voice service, who came to Chattanooga from around the world in January 2018 to share thought leadership and best practices. The conference will return to Chattanooga next year.

Additionally, in October 2017, Chattanooga hosted the inaugural TENGIG Festival – produced in partnership with EPB Fiber Optics, Vayner Media and Next Generation Esports – a three-day event in which hundreds of attendees gathered to play and stream the biggest games in eSports.

The 10-gig broadband has also been a catalyst for development of the local tech industry, says J.Ed. Marston, EPB’s vice president of marketing.

“It’s not just that we have the infrastructure and that the broadband is available at a very affordable price; we have developed a really strong support system for entrepreneurs,â€ he says.

That enviable support system is reflected in the success of Rezli, a social networking and career building platform for individuals in the gaming industry, as well as Branch Technology, which recently took the top prize in a NASA competition designed to advance the construction technologies necessary to create off-world habitats.

For his part, Marston notes that the city’s already successful entrepreneurs are now leading another wave of new ventures, which sets up an even more exciting future.

“We have already had several exits and acquisitions, and the alums from those companies have turned around to start new companies,â€ he says. “We have a really high quality of life, a low cost of living, and we’re in a state with no income tax. That’s a pretty good combination for entrepreneurs who are living in other states where it costs a lot more and there are higher taxes.â€