Maury County business and community leaders are coming together to revitalize their downtown districts. 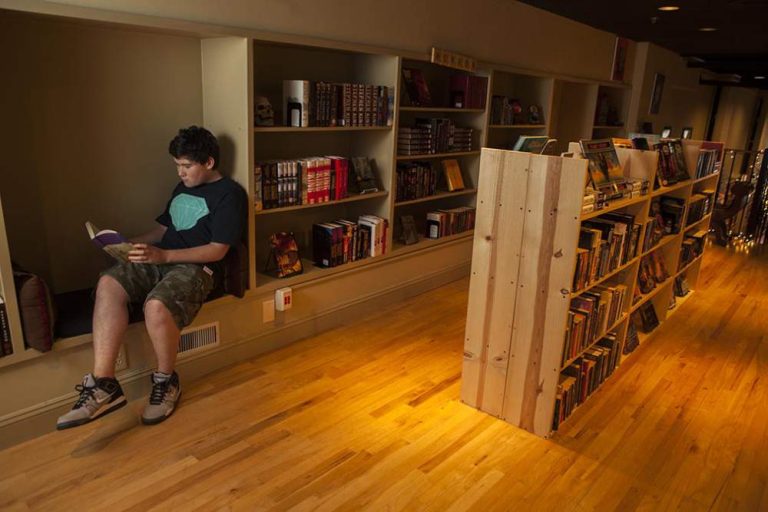 From the aroma of freshly roasted coffees and the taste of rich Southern cuisine to the nostalgic sound of vinyl records and displays of merchandise inside local shops, an eclectic mix of old and new gives visitors in downtown Columbia plenty to engage the senses.

Best known outside the area for being the site of the ancestral home of 11th U.S. President James K. Polk, downtown Columbia attracts a steady stream of tourists to the home, its gardens and its Presidential Hall museum. But Columbia’s revitalized downtown is also drawing traffic for its growing rows of shops and stores.

Enhancing the downtown experience is the nearly 1-mile River Walk along the Duck River. It begins with a walking trail at the Public Square, extending to a park and farmers market. A new centerpiece of the River Walk is a ornate fountain, constructed with funds contributed by local businesses through the Columbia Downtown Business and Professionals Association.

With new activity flourishing downtown, it’s no wonder Columbia’s downtown has become a magnet for entrepreneurs.

“What we have seen over the past few years are entrepreneurs looking for unique places like our downtown,” Martin says. “They want to be a part of the community. They are bringing a renewed energy and creativity to the downtown, with stores like Puckett’s Grocery, Variety Records and Muletown Coffee.”

Chris Weninegar and partners recently opened Muletown Roasted Coffee in Columbia’s downtown, where they roast all their own coffee for the shop and other shops as well.

“We thought the downtown had loads of potential and natural charm,” Weninegar says. “We fell in love with the River Walk. For us, this was the only option. There is such a good vision for the downtown – so much history and character. I can’t speak highly enough of how we were welcomed.”

Variety Records operated in downtown Columbia for years but closed in 1993. Local business owner Tim Scribner reopened the store 20 years to the day from when it closed in its original location.

“When we saw the old record store building was available, we contacted Edna Lentz, the original owner, and she was glad for us to open Variety Records, using the same name,” Scribner says. “Vinyl records are making a comeback; it’s the purest sounding music media. It’s not unusual for customers to spend hours listening and looking at records.”

“It feels great to be downtown,” Scribner says. “One store attracts another; there is good synergy. It’s a benefit to the whole community.”

Columbia has seen the retail upswing in others areas as well with new clothing and gift shops like Sister Kate’s as well as existing ones like Itty Bitty Children’s Boutique, Ye Peddler and Lily Jane. Also drawing crowds are Puckett’s Grocery & Restaurant, which brought its popular eatery and live music venue chain downtown in 2013, and Columbia Health Foods, which recently expanded into new downtown space.

Contributing to the revitalization locally is redevelopment of residential properties. The downtown square has eight residential housing units. Columbia Housing and Redevelopment Agency is purchasing abandoned properties in distressed neighborhoods and building new affordable housing in their place.

“We have many beautiful historic brick buildings available,” says Donna Morency, director of Mount Pleasant Community Development Corporation. “We are working in partnership to develop a plan to be done in phases for infrastructure improvements and sidewalks, with projects to enhance economic development and quality of life.”

Spring Hill continues to attract new business. For three consecutive years, the city has been among the top five of “Tennessee’s Business Friendly Cities” by the Beacon Center of Tennessee. Investment also continues at The Crossings in Spring Hill, where Carmike Cinemas recently announced plans to construct a new 12-screen entertainment complex.

In Columbia, city leaders are hoping to bring more retail establishments and restaurants into the downtown district in the near future.

“We welcome other businesses; we have space available,” Columbia Main Street’s Martin says. “Our downtown is a crown with many jewels.”