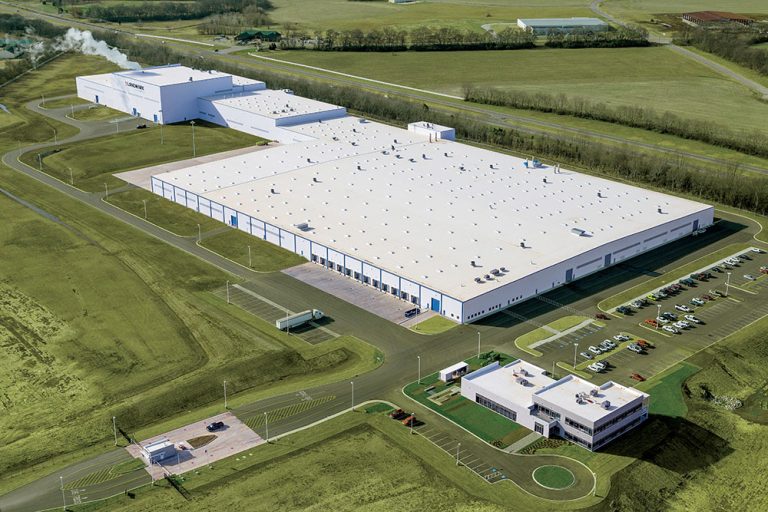 Maury County is actively investing in industrial and corporate office parks, where the jobs of the future are being created today.

It is an economic development strategy that capitalizes on Maury County’s position at the heart of Tennessee’s auto manufacturing industry and location along the booming Interstate 65 growth corridor between Nashville and Huntsville, Alabama, where Toyota and Mazda are building a $1.6 billion auto assembly plant.

“Maury County is blessed to be strategically located along I-65, close to I-840, between two of the hottest metro areas in the United States,â€ says Travis Groth, Vice President, Economic Development for the Maury County Chamber and Economic Alliance.

That strategy is already creating results. Fuel Total Systems, a Japanese company, is investing about $60.9 million and creating 150 jobs at its new manufacturing facility in the Cherry Glen Industrial Park in Mt. Pleasant. The company is on the leading edge of suppliers that are expected to arrive in the region to provide parts for Toyota and Mazda in Huntsville.

Being in Maury County puts auto parts suppliers within easy reach of Huntsville, as well as Nissan in Smyrna, Volkswagen in Chattanooga and General Motors in Spring Hill.

Cherry Glen is a Select Tennessee Certified Site, on 300 acres that are ready for immediate development.

“With a lot of projects, the schedule is tight. (A certified site) makes our community more competitive. Cherry Glen has heated up recently and we anticipate continued activity,â€ he says. “Cherry is about as ‘plug-and-play’ as you can get.”

Additional investments in Cherry Glen include the Doug Jeffords Co., a family-owned seasoning  and spice manufacturer that announced investment of $4 million and creation of 35 new jobs at the park.

Smalticeram USA Inc. announced the investment of $4 million and creation of 26 jobs at its new operations in Cherry Glen. The company produces and distributes glazes, frits, pigments and inks for ceramic tiles.

Ceramics production is one of the county’s industry targets. Italy’s Landmark Ceramics has a production facility and its North American headquarters in Mt. Pleasant. Other targeted manufacturing sectors include auto production, metals, plastics and medical devices.

In the past five years, new and expanding businesses have made $1.2 billion in capital investments in Maury County and announced creation of almost 4,000 jobs.

Maury County’s investment in industrial and business parks is paying off. They include privately owned Spring Hill Logistics Park, with 200 acres. It has attracted several auto parts suppliers. An extension of Saturn Parkway is giving the site direct access to I-65. I-840 is within 10 miles.

North Point Industrial Park in Columbia is mostly full but has some small spaces available. The Maury County Industrial Park has space available, including buildings with 77,000 and 26,000 square feet.

Startups Are Thriving in Maury County

The Tennessee Department of Economic and Community Development awarded a $1 million grant to purchase land for the new Oakland Rail Site. Located in Columbia, it will have more than 200 acres and include rail service.

Looking just a few miles north on I-65, office developments are spilling out of Cool Springs and arriving at the Berry Farms mixed-use development north of Spring Hill.

Innovation Campus will be a 300-acre corporate park designed for headquarters, back office and R&D developments.

It is located next to the Rippavilla Plantation historic site.

“It’s for companies who want to be within an hour of Nashville’s airport, but don’t want to pay downtown lease rates, or that are looking for a campus-style development,â€ Groth says.