A well-trained workforce, rail and road connectivity, and a business-friendly climate are just a few of the reasons Maury County continues to be an investment magnet for automotive producers. 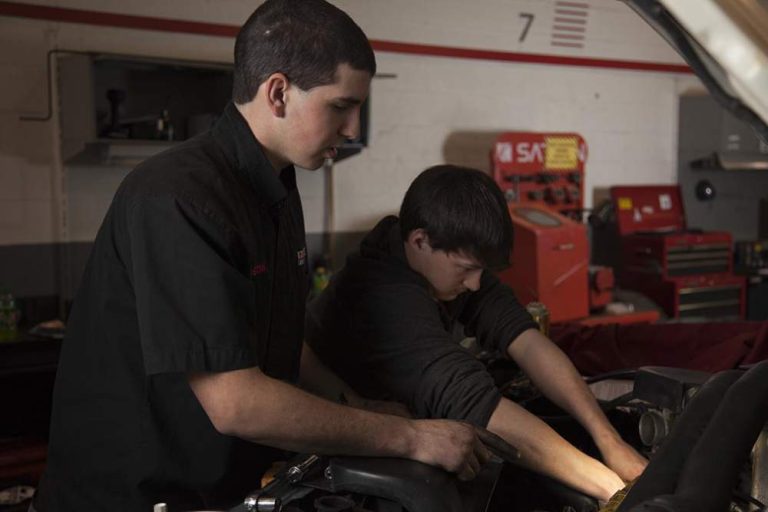 Maury County has long been known for its excellence in automotive production, but rather than resting on its laurels, the area continues to play a key role in making Tennessee the top state in the nation for automotive strength.

Business Facilities recently named Tennessee No. 1 in the nation for automotive manufacturing strength for the fourth consecutive year. According to a study by the Brookings Institution, 94,000 people work in 600 auto-related businesses in the state. More than three-fourths of those jobs are in the supplier base – the most of any state. Five Tennessee counties contain auto assembly facilities, and all but 15 are home to auto suppliers.

Maury County is home to both an auto assembly facility for GM and a growing network of suppliers that serve GM in addition to Nissan in nearby Smyrna, Volkswagen in Chattanooga and others.

The area attracted national attention in the late 1980s when GM announced plans for its new Saturn plant in Spring Hill. Today, the facility produces vehicles including the crossover sports utility Chevrolet Equinox as well as parts and engines for other models.

“Maury County is a vital part of these operations, providing a highly competitive location to do business and great community for our employees to live and work in,” Bergstrom says.

Recently GM announced plans to invest $350 million to upgrade the assembly plant to produce two new midsize vehicles, which will create or retain about 1,800 jobs.

A Ripple of Investment

These investments, along with expansions at Nissan and throughout the automotive industry, are spurring growth among area suppliers like Voith Industrial Services in Spring Hill, Magna Seating in Columbia and IB-Tech, Sekisui Plastics USA and Sonoco Protective Solutions in Mount Pleasant.

Small and medium-size firms like these supply about half the jobs in the industry.

“About half are foreign-owned firms, and that’s a unique flavor that can bring a lot of technology into the state through international linkages,” says Scott Andes, a senior policy analyst with the Brookings Institution.

Japanese-owned IB-Tech is just one example. Since locating one of its two U.S. facilities in Mount Pleasant in 2010, the firm, which manufacturers seat adjusters and electrical components for Nissan, has continued to grow its high-tech operation. It relies on the automotive-savvy workforce that has developed in the area through the years to keep up with Nissan’s growth.

“One of the biggest advantages we have is the workforce here,” says Jason Helton, assistant vice president of operations. “There’s now 15 to 20 years worth of people experienced in the industry that we can draw from.”

Investments in infrastructure by the local community have enabled the firm to continue to thrive in the area.

“The county finally has the infrastructure, the power and water departments to support us so we don’t have any deficiencies in that area,” Helton says.

To support manufacturers with the workforce they need, local leaders have teamed up with educational institutions to boost skills for this industry. Located across from GM’s Spring Hill assembly plant in its former Saturn headquarters, the Northfield Workforce Development & Conference Center offers high-tech training in CNC machining, mechatronics, industrial maintenance and other skilled trades in partnership with area colleges.

The center supplies local automotive firms with a well-trained pool of candidates for jobs to support expanded manufacturing volumes, says Tom Brewer, director of Northfield. The center also offers classes to high school students so they can graduate with the skills desired by these employers.

“The No. 1 question people have is where will the workers come from – not that they’re not out there but are they properly trained,” he says. “Northfield is the place in our county that people come to find people ready to go to work.”

Brewer adds that the facility is working to develop an educational pathway for students pursuing jobs in advanced manufacturing that would start with a certification, then allow them to earn an associate’s degree in mechatronics at Columbia State Community College and eventually proceed to Tennessee Tech University to complete a four-year degree in manufacturing engineering.