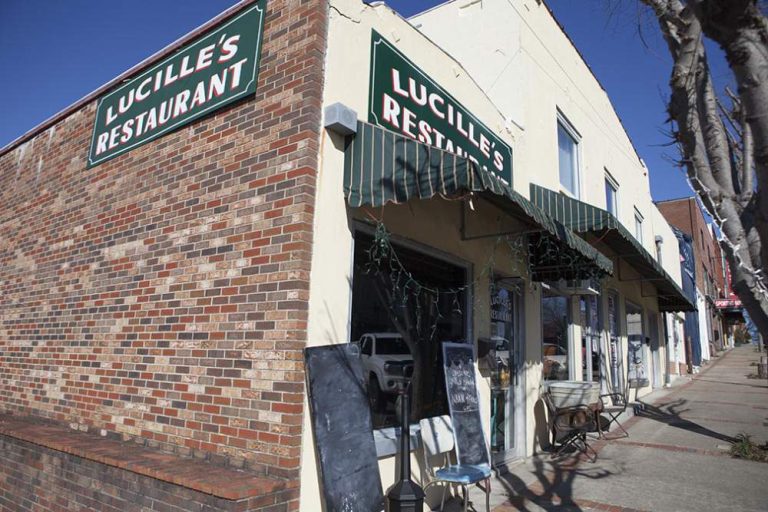 Maury County’s friendly atmosphere, relaxed pace of living and affordability make it an inviting place to put down roots. Other quality-of-life advantages, such as proximity to Nashville, excellent health-care centers and schools, cultural attractions, recreation destinations, and a bevy of new businesses are also adding to the county’s strong appeal.

“Maury County is positioned to become the next phase of growth from Nashville proper,” says Erin Jaggers, director of the Maury County Convention & Visitors Bureau. “With its reasonable home prices and low taxes, mild climate and natural beauty, it is a perfect place to live.”

In downtown Columbia, Lucille’s – originally opened in 1953 as a diner – has recently reopened as a live music destination and restaurant. While it’s currently open on Friday and Saturday nights, the venue’s hours are set to expand to five or six days a week in 2015.

“When we were shopping around for locations, it became clear that Columbia is a city on the verge of an artistic explosion,” says Eric Heatherly, who owns Lucille’s with fellow musician Jimmy Clark. “You can feel the wave of innovation and creativity when you visit the local vinyl record store, book store, bike shop and coffee shop. We were instantly embraced by the locals and the entrepreneurs of these establishments and welcomed by the city officials as a whole. It just felt like the right place to be.”

Downtown Columbia’s recent growth also includes Puckett’s Grocery & Restaurant and The Old Curiosity Book Shop, both of which opened in 2012. Nearby, Variety Records reopened in 2013, while Muletown Coffee made its debut the same year. In 2014, Lace and Company began selling bridal and prom dresses downtown, businesses and residents can now enjoy free wireless Internet in the downtown area. Plans are also in the works by the Columbia Arts Council to create a dedicated artist work space.

Maury County is known for its year-round festivals, including the popular springtime Mule Day celebration in Columbia, which includes traditional Appalachian food, a mule-driving contest, a crafts festival and other events. Barbecue lovers can get their fill at Mount Pleasant’s fall Mid-South Barbecue Festival, where street dancing, a 5K run and live music are part of the lineup.

In Spring Hill, the Country Ham Festival – better known as HamFest – is a two-day October event that benefits local nonprofit organizations such as the Tennessee Children’s Home. Even more entertainment is available during the annual Performance Series at Columbia State Community College, which draws musicians from around the world. Past performers include Ricky Skaggs and Kentucky Thunder, Linda Davis, Mac McAnally and the Annie Moses Band.

History buffs can find plenty to explore in Maury County, from the James K. Polk Home and Presidential Hall museum – the ancestral home of the nation’s 11th president – to Spring Hill’s Rippavilla Plantation and other antebellum homes across the county.

Maury County is also a top spot for outdoor adventures, offering activities such as canoeing and kayaking on the Duck River; mountain biking at Chickasaw Trace Park; spelunking at Southport Saltpeter Cave; hiking the 90-acre Stillhouse Hollow Falls State Natural Area; and fishing, hunting and wildlife watching at the Williamsport Wildlife Management Area. The county recently received approval from the state to establish an Adventure Tourism District around a 477-acre portion of the Yanahli Wildlife Management Area, now managed by the Maury County Parks and Recreation Department.

While the Yanahli property is expected to eventually include nature trails and outdoor educational areas, the surrounding district may soon see an influx of tourism-related businesses, including hotels, restaurants and sports equipment outfitters, due to its new designation.