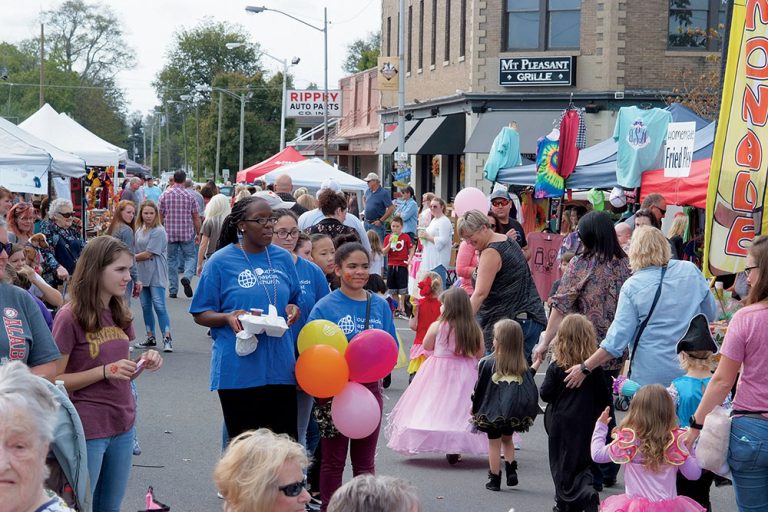 The Mulehouse: ‘Conversation and Inspiration’

When The Mulehouse opens in Columbia in late 2019, expect more than just a music venue: Expect a venue that holds conversation and inspiration in the same regard as the sounds themselves.

“Music fans will have an experience that they will not find anywhere else,â€ says Blair Garner, owner and host of a nationally syndicated country music radio program that bears his name.

Garner landed in Columbia when the hustle and bustle in Nashville caught up with him, and randomly stumbled across The Mulehouse building. Deeply drawn to it, Garner purchased the 1930s edifice with no real plan for it. “If you are aware of the doors that open before you, all you have to do is have the courage to walk through them,â€ he says.

Garner’s door became ajar when a friend joked about him doing his radio show from the space. The suggestion stuck. Garner decided he would renovate the building and convert it into an intimate theater space and lounge, then tap into his interview skills and country music Rolodex to book appearances.

“The human experience is the same for all of us,â€ Garner says. “With these conversations, we hope to make these artists more relatable.”

Few events have an actual digital countdown in these parts, but First Fridays in downtown Columbia does – and for good reason. The monthly pedestrian fete takes over Columbia Town Square, heralding in live bands and performers, keeping coffee shops, record stores and restaurants open late and welcoming pop-up vendors from around town. Did we mention it’s free?

1. Mule Queen graces an exterior wall of the Linen Duck store in downtown Columbia. The mural was designed by Whitney Herrington, a Maury County-based artist and art teacher, and Becky Smith, owner of the Linen Duck. The mural, which features Columbia’s cherished mascot adorned with a crown and surrounded by color flowers, was painted by Herrington with the assistance of Columbia artist Quan McFall.

2. Designed with a play on words, a vibrant head of a buck graces the outside of its namesake Buckhead Coffee. Created by Josh Kennedy, owner of Mule Town Sign Co., which creates hand-painted signs, lettering pieces and woodwork, the mural is a piece of art with 46 different colors. Grab a coffee and a selfie!

3. Decked out in navy, red and white, The Dimple of the Universe mural was designed and painted by Bryson Leach and can be spotted on the north side of his shop, Needle & Grain. The mural is a nod to the oldest nickname for Maury County. Leach wanted to bring back the endearing tagline of his hometown.

4. Bryson Leach’s first mural, a cock-eared mule that he designed and painted in blue and white, is located at Row & Co. in the Arts District. As a full-time designer and creative who grew up in Columbia, Leach wanted to use the simple mule as a movement to get people excited about Columbia’s past and future. He first made the design symbol for MyColumbia, using it on stickers, and then brought the mule to life with a mural.

5. That same beloved mule by Bryson Leach is also splashed on the rock wall of Heritage Bank & Trust, but this time the mural is painted in the bank’s colors of green and white. Muletown’s bank customers often leave with money and a snap of the popular mural.

6. Choose your favorite pose to make in front of the dance mural in downtown Mt. Pleasant, the work of artist Bedford Smith, who relocated to Mt. Pleasant from New Orleans after Hurricane Katrina.

Kick Up Your Heels

Maury County offers a trove of family-friendly events. Maury County takes its “Southern hospitality with a kickâ€ motto seriously, ensuring residents and visitors have a good time at any festival they attend. These local festivals are all-ages occasions not to be missed.

Fun fact: Columbia was once the Mule Capital of the World. In the 1840s, breeders descended upon the community annually for a popular livestock show. Over decades, the Breeder’s Day influx evolved into Mule Day. Now, Mule Day is a multiday celebration anchored by a free Saturday parade and including food vendors, a crafts marketplace, 5K race, auctions, line dancing, competitions and even a beard-growing contest. Mule Day takes place every April.

Satterwhite Farm’s annual Pumpkin Paradise is a seasonal playground for children that brims with fall fun sure to tire out the little ones and their kin. Hay mazes, tire climbs, slides, gravel pits and movie nights fill the monthlong programming. And once Halloween passes, families can return to bid autumn adieu by catapulting their carved pumpkins across the farm field.

Entering its fifth installment in fall 2019, the Muletown Bluegrass BBQ festival tackles the tastes and tunes of the South. Food trucks fire up their best bites as lauded bluegrass musicians enliven hungry revelers. If bluegrass bands and succulent meats aren’t enough to rally the family to attend, then perhaps the three-hole disc golf, chainsaw artists and face painters might do the trick.

Vintage planes and classic cars take center stage (and flight!) during the annual Thunder Over Maury at the Maury County Regional Airport. Every summer, eyes rise to the roars and rumbles in the sky for daytime ceremonial fly-ins and an evening fireworks spectacular. On the ground, patrons can view fleet collections, grab grub from local food trucks or lounge about for live music.