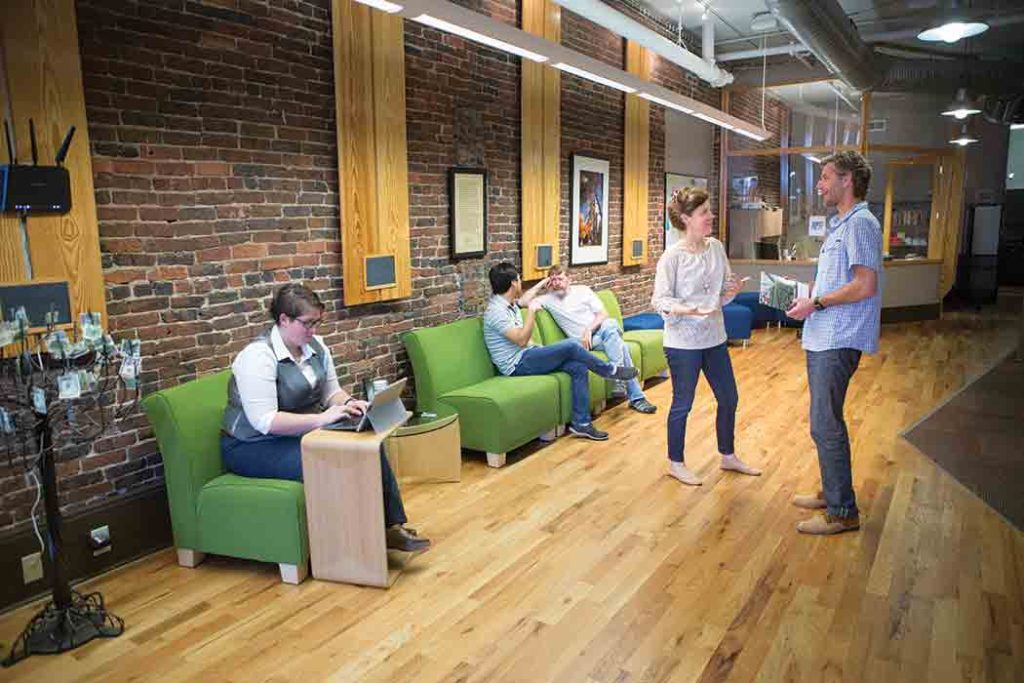 Guitars, whiskey, cars, honky tonks and blues clubs – just a few things that may come to mind when business in Tennessee is mentioned. However, the Volunteer State is also ripe terrain for startups and innovation in a place where hard work and quality of life are balanced seamlessly.

Tennessee has quickly become a competitive location for innovation that offers entrepreneurs venture capital, mentorship and technical expertise with the help of entrepreneur centers spread throughout every region of the state. Launch Tennessee (LaunchTN), a public-private partnership that helps businesses launch and grow, has accelerated more than 480 businesses through its statewide network of accelerators and incubators.

Since 2012, more than $1 billion has been invested in fast-growth startups in Tennessee through venture investments, according to LaunchTN. Entrepreneurs are taking advantage of the supportive structure through accelerator-assisted fundraising that has raised more than $80 million and created more than 1,000 jobs.

“The entrepreneurial climate in Tennessee is at an all-time high,” says Charlie Brock, president and CEO of LaunchTN. “The statewide landscape has a strong entrepreneurial ecosystem, allowing for a successful playing field for startups launching and growing their businesses.”

Many of those burgeoning businesses leverage the state’s diverse industry base – which includes automotive manufacturing, health care, entertainment and digital media.

With a yearly startup conference, 36|86, held in Nashville, the state is attracting even more recognition in innovation.

“With Tennessee being home to the 36|86 conference, there has been an overwhelming increase in awareness and exposure for our state,” Brock says. “By bringing big names like Google Ventures, Lyft, Eventbrite and Andreessen Horowitz to Nashville each year, the conference is helping put Tennessee on the map as a place people want to visit, grow a company and invest their money.”

What Tennessee city landed on The Top 50 Best Cities for Entrepreneurs list?

The combination of Tennessee’s industry and business amenities was apparent to one venture project, Preteckt. The Toronto-born startup creates software and hardware for big rig trucks that run diagnostics in order to foresee operation troubles before they occur. So when Preteckt was accepted to Memphis’ StartCo accelerator program, it made perfect sense to co-founder Peter Bassa to move the company to the logistics hub of the U.S., home base for FedEx.

“The nice thing about Memphis is that the entrepreneurial ecosystem is top notch. Everyone wants to see you succeed,” says Bass. “When we arrived last year, people went out of their way to introduce us and make contacts and networks to get the ball rolling. And since Memphis is a huge distribution hub, many of our customers are right here.”

In East Tennessee, the Knoxville Entrepreneur Center (KEC) is helping ideas become reality with its 12-week accelerator program, The Works. The program is a combination of MediaWorks and CodeWords, programs that target leading industries in the region – digital media and coding. The program focuses on fast-growth startups with business planning, angel investment and mentorship from locally based companies.

“On our MediaWorks side we have many content creators in film, digital and gaming, like last year’s Baracksdubs – a YouTube creation by Fadi Saleh – who has over 1.5 million subscribers to his channel,” says Jim Biggs, KEC executive director. “On the coding side, we help develop products in CodeWorks like AirFlare –  a technology licensed by NASA that brings laboratory-grade biomedical innovations to consumer markets.”

Why you should think about doing business in Tennessee

Besides the wealth of knowledge and support in Tennessee, many entrepreneurs call the state home because of the amenities that big city tech competitors – think Silicon Valley, Chicago and New York City – just can’t offer.

With lower congestion, an affordable cost of living, numerous incentives and TechCrunch a short plane ride away, startups like Bellhops are taking advantage and recruiting others from afar.

The Chattanooga-based startup created a mobile technology application that connects thousands of background-checked college students in more than 115 cities across the country to people who need in-market moving services. Bellhops took its college-founded business from Birmingham, Ala., to the Lamp Post Group venture incubator in Gig City in 2013. Bellhops has continued to grow in Chattanooga and now has its own downtown offices that house more than 150 employees.

“When we walked over the Walnut Street Bridge and saw kayakers on the river, I knew that Chattanooga was going to be a good fit,” says Bellhops co-founder Cameron Doody. “Now when we’re recruiting from Silicon Valley or New York, we get the person on a plane to see Chattanooga. We offer a world-class tech company that has no commute, views, affordable housing and plenty to do in a beautiful city.”