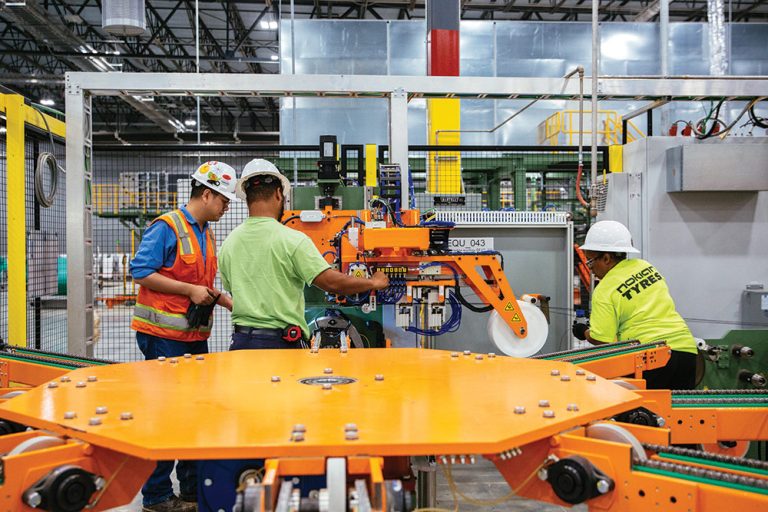 A centerpiece of Gov. Bill Lee’s administration has been ensuring that every community in Tennessee has the chance to share in the state’s success.

Lee has put a focused and coordinated effort around creating opportunity in the state’s rural communities, expanding the supply of sustainable health options, improving access to technology and enhancing rural communities as tourism destinations.

The state’s effort to promote growth in rural communities is paying dividends, including more than $8 billion in investment since 2015. Since 2015, the state has awarded more than 1,600 community and rural development grants totaling $317 million. The number of economically distressed counties in the state – defined as among the 10% most economically distressed counties in the nation as measured by three-year average unemployment, per capita market income and poverty rate – has fallen by 40%.

“There is a concerted effort to build the strongest, most vibrant rural life in the country,â€ says Sammie Arnold, assistant commissioner for rural development with the Tennessee Department of Economic and Community Development (TNECD).

That commitment to rural communities was reinforced in the response to the COVID-19 crisis when the governor appointed Arnold as chief of staff to the Economic Recovery Group, a joint effort between state departments, members of the state legislature and leaders from the private sector to provide guidance on safely restarting the state’s economy.

Expanding broadband accessibility across Tennessee’s 95 counties continues to be one of the state’s top initiatives.

The Broadband Accessibility Act, passed in 2016, expanded funding available for broadband deployment across the state. So far, more than 13,000 homes in rural Tennessee communities are connected to broadband.

TNECD has partnered with the Appalachian Regional Commission (ARC) to help expand infrastructure, including broadband and telecommunications.

An ARC grant to Sweetwater recently made free public Wi-Fi available throughout its downtown district.

“It’s always great for tourists to have that kind of amenity…but we also have a large low-income population in our area, so it really helps with those students who – maybe they walk down to the coffee shop every day after school because it has Wi-Fi. Now, that amenity is available all over downtown,â€ says city of Sweetwater Recorder Jessica Morgan. “We have so many people that live in rural communities in Tennessee, and they’re getting to see that the state cares about them and is investing in them.”

In Tipton County, Comcast used an $850,000 state grant as part of a $2.4 million project that brought broadband services to 2,200 homes and businesses.

The state’s initiatives to promote opportunity in its most distressed communities took root in Hancock County, a community in northeast Tennessee on the Virginia border where the three-year jobless rate is 2.5 times higher than the state average and more than a quarter of residents live below the poverty level.

A three-year effort to land a major employer culminated with the May 2019 opening of a call center that would create 50 jobs with plans to employ 100 Hancock County residents down the road.

The state-led Project 95, which takes its name from the 95 counties of Tennessee, brought together stakeholders from across state government, attracted funding from a variety of federal sources and focused a wealth of public resources on Hancock County.

TNECD was able to leverage funding from a variety of federal partners to secure more than $2 million in capital that led to the development of an 18,000-square-foot spec building in the Hancock County Industrial Park.

TNECD then led recruiting efforts to find a tenant for the building, which brought a commitment by Johnson City’s Allied Dispatch Solutions to locate a new call center in Sneedville. Allied handles more than 3 million roadside-assistance calls per year and is open 24 hours a day.

For Hancock County Mayor Tom Harrison, the efforts that went into Project 95 are a launch point for creating more economic opportunity in the community.

“Although this is a large shot of capital for Hancock County and great turn of events for our unemployment, and for our sales tax, and for lots of different positives for our county, I think this is only the beginning,â€ he says.