Distillers, winemakers and craft brewers are the toast of Tennessee. 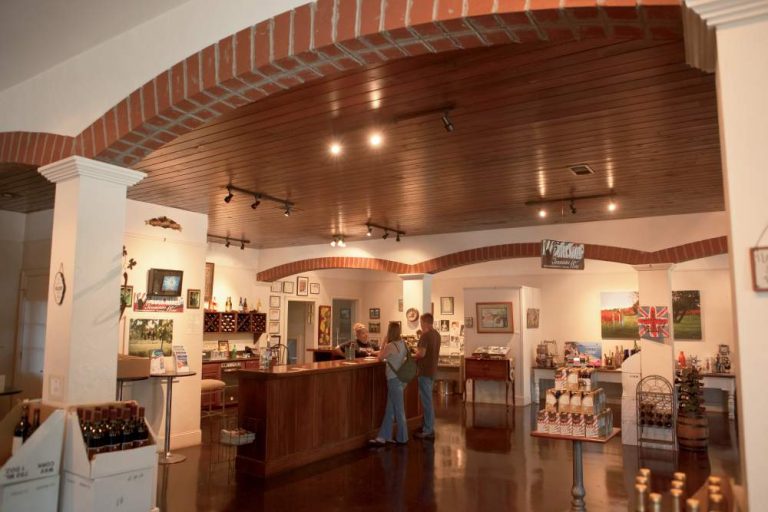 Joe Baker is an east Tennessee lawyer. Peter Howard is a gas physicist. And Michael Foster is a former physician’s assistant and successful sculptor. Though their backgrounds are diverse, they share a common entrepreneurial interest – Tennessee’s dynamic spirits, craft beer and wine industry. The state’s reputation for fine alcoholic products is certainly not new. The first whiskey distilleries were operating in the late 18th century – Andrew Jackson, one of the state’s most famous residents, himself owned two stills – hundreds of tons of wine grapes were being produced in the mid-19th century, and breweries have been serving mugs of happiness since at least that era.

The Proof Is in the Proof

The state has earned a worldwide reputation for its distinctive Tennessee whiskey, defined legally by a set of attributes that includes being made from a grain mixture that is at least 51 percent corn; distilled to no more than 160 proof (80 percent alcohol by volume); aged for at least two years in new, charred-oak barrels; and aged to 160 proof or greater. Its renowned brands, such as Jack Daniel’s and George Dickel, reach discriminating fans from Johnson City to Japan. Today, a variety of Tennessee spirits are enjoying broad success. Its wineries are thriving, and the nation’s growing taste for craft beer inspires scores of specialty breweries.

“There is a lot of interest in growing the spirits industry,” says Joe Baker, an attorney, whose Ole Smoky Distillery was the first federally licensed distillery in east Tennessee. “Tennessee’s rich history of spirits gives us something special to hold ourselves out. It’s part of who we are.”

As of August 2013, 14 Tennessee distilleries were producing traditional Tennessee whiskey, clear spirits like vodka and rum, and even a Tennessee Sipping Cream. Moonshine is enjoying huge popularity, perhaps enhanced by its romantic history of illegality. Ole Smoky Distillery entertains thousands of visitors who come to its Gatlinburg distillery to tour and buy traditional White Lightening and flavored varieties, among them sweet tea and watermelon and apple pie. It also ships its products to markets as far away as Germany, Denmark and Sweden.

“We sold over 2.5 million jars last year, and we look to grow again this year,” Baker says. “It’s a big world out there, and we’re glad to share ‘shine with every continent.”

The Popcorn Sutton Distillery takes its name from the legendary third-generation moonshiner Marvin “Popcorn” Sutton, who died in 2009. Country music star Hank Williams Jr. announced a partnership in 2010 with J&M Concepts LLC and Sutton’s widow, Pam, to distill and distribute Sutton’s whiskey. Popcorn Sutton’s Tennessee White Whiskey is produced on stills designed by Sutton using his secret family recipe. Tourism and the spirits industry are boon companions. The Tennessee Whiskey Trail offers both an education and a good time at 17 distilleries statewide.

Winery tours have also become increasingly popular as the wine industry has blossomed across Tennessee. Pick Tennessee Products lists 58 wineries across the state and a guide to several different wine trails.

Peter and Rita Howard, owners of Crown Winery, welcome visitors to their Tuscan-style tasting room and vineyards on 50 acres in Humboldt in west Tennessee. Peter, a gas physicist originally from England, and Rita, formerly an actress, moved from Ann Arbor, Mich., never expecting to become vintners. But bored with golf, Peter, Rita recalls, announced one day that he wanted to plant a vineyard. She was a bit skeptical, but the first vintage in 2009 was a delight.

“What most people don’t realize is that long before Napa was ever heard of Tennessee and Missouri were the premier winemaking states in the U.S.,” she says. “West Tennessee has a wonderful climate for red grapes, in particular.”

Today, the Howards produce 16 wines, and, like many wineries, operate a special-events venue, which is a considerable percentage of the winery’s revenue.

Brewing Up a Storm

Craft brewing is also growing dramatically in Tennessee. More than 35 craft breweries operate across the state, with an annual economic impact of $445 million.

“When I started 10 years ago, only a small amount of people appreciated craft beer,” says Michael Foster, owner of Depot Street Brewing in Jonesboro, who came to the business after careers as a physician’s assistant and a sculptor. “Now, because of places like mine, the media, and all the attention to craft beer, people want something more – they appreciate that every beer should have distinctive taste.”

Like other brewers, Foster produces a changing roster of specialty beers. Depot Street came about, he says, as a way to create a “social space where people could meet and get to know one another.” Besides being a popular community gathering spot, Depot Street sells its beer “past Nashville” in Tennessee and in 20 Virginia counties. Foster sees a bright future for the brewing business in Tennessee.

“We can certainly support a lot more breweries than we do now,” he says. “All the new breweries popping up benefit us all. The more people trying new beers, the better off we’ll all be.”