Find out how lower costs, a skilled workforce and a central location are making Tennessee's automotive industry a leader in the Southeast auto alley. 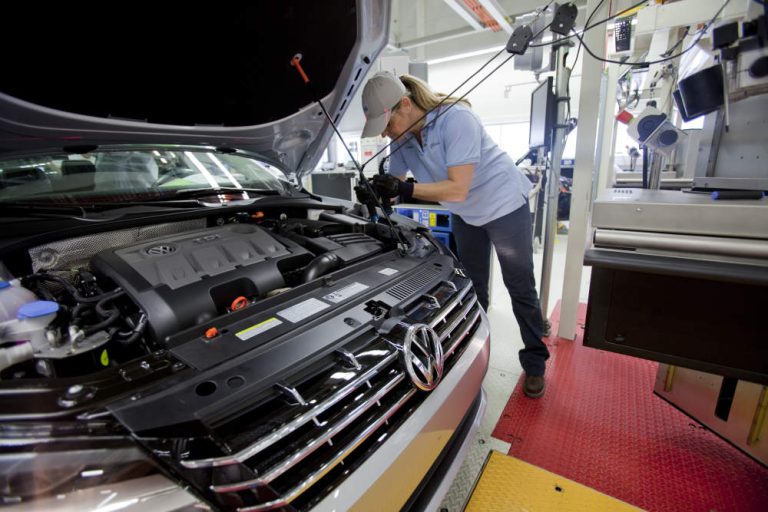 The South’s automotive industry is surging and Tennessee is leading the way, thanks to lower costs, a skilled workforce and a central location that have attracted major assembly operations for Nissan, GM and Volkswagen as well as nearly 1,000 components suppliers that employ more than 105,000 workers. Those advantages continue to attract new investments and expansions by the three major manufacturers and their Tier I and tier II suppliers that are creating thousands of new jobs. Five times in a six-year period Business Facilities magazine ranked Tennessee as the top state for automotive manufacturing strength. That strength is apparent across the state. In Chattanooga, Volkswagen is investing more than $900 million to produce a new sport utility vehicle at its plant that it opened in 2011.

The expansion is bringing 2,000 new jobs to the factory, where Volkswagen already employs 2,400 workers. GM selected Spring Hill as the site for production of the next-generation Cadillac SRX luxury crossover. The company is also investing $185 million at the facility to build a new lineup of small gasoline engines. Nissan is investing $160 million at its Smyrna plant to build a new supplier park. The project will support more than 1,000 newly created supplier jobs. The plant, noted for being the most-productive auto assembly facility in the country, produces almost 650,000 vehicles each year including the Maxima, Rogue and Altima.

Volkswagen’s expansion encouraged Spanish auto supplier Gestamp to announce that it is investing $180 million to open a new metal stamping plant and expand its current Chattanooga facility. The company is creating 510 new jobs. Topre America is investing $53.3 million to build a new manufacturing facility in Smyrna, expanding on its existing operations based inside the Nissan plant. The expansion will create 100 new jobs in Rutherford County.

“We are very excited to build this new facility in Tennessee. This will strengthen our ability to serve our customer’s needs locally and it also gives an opportunity to offer more high-skilled jobs to the area,” says Topre America Senior Plant Manager Tom Judkins.

Topre America provides automotive stamping and assemblies for body structures for Nissan, Honda and Toyota. The new facility allows Topre America to increase its capabilities and production efficiencies. In Pulaski, Magneti Marelli is expanding its Automotive Lighting Division and creating 450 new jobs. The expansion will add 80,000 square feet to the company’s manufacturing facility and will supply head lamps for Fiat Chrysler Automobiles, Mercedes, GM, Volkswagen and Honda vehicles. Magneti Marelli employs more than 950 people in Tennessee. In McMinn County, Denso Manufacturing announced an $85 million expansion to its plant. The company, which employs more than 1,200 workers, is creating 400 new jobs. The expansion is the plant’s third since 2012.

Tennessee’s auto industry prowess is powered by innovation. The autoXLR8R program, overseen by venture development organization Tech2020 in Oak Ridge, helps identify, commercialize and find funding for new technologies. With the help of the autoXLR8R program, smaller companies can find a pathway to joining the supply chain for the large manufacturers. For example, a company named Aplair is developing a technology that uses infrared light to inspect the quality of spot welding during the manufacturing process. Aplair is working to implement its technology with Tier One automotive suppliers.

“Our economy, tax laws and incentives, and general lifestyle attributes are all certainly attractive to the industry but we cannot discount the proximity to the innovation hubs in the region,” says Shawn Carson, director of venture development for Tech2020. “We have a leading research university and the largest DOE National Lab here in East Tennessee. I know from first-hand experience that the university system across the state is heavily engaged in not only research but high-end workforce development that benefits the automotive industry directly. There are logistics expertise and transportation resources. This momentum creates opportunities for problem solvers at every level. This is the heart and soul of entrepreneurship,” he says.