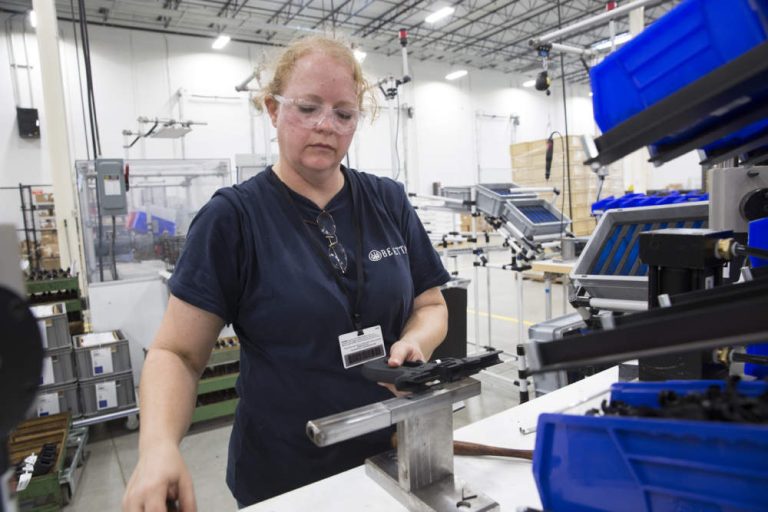 When Gov. Bill Haslam and Economic Development Commissioner Bill Hagerty sit down with CEOs in boardrooms to talk about investing billions of dollars to expand their operations or move their companies to Tennessee, both men have a distinct advantage. Each has sat on the other side of the table. Prior to becoming governor, Haslam served as top executive of a billion-dollar family business in his hometown of Knoxville. Before joining the Tennessee Department of Economic and Community Development as commissioner, Hagerty, a Gallatin native, worked in a range of private-sector roles, from global consultant and venture capitalist to corporate executive and entrepreneur. The depth and breadth of their collective experience gives both insight into the needs of corporations looking for the right place to relocate or expand operations. Understanding the sense of urgency businesses face when making these decisions helps them determine the pace at which deals need to move, the conversations needed to keep them going, when to stop selling and how to build trust.

“Companies know we are going to deliver on our word,” Hagerty says. “We don’t say things we don’t mean. We appreciate their needs and concerns, and try to address them quickly and efficiently without wasting their time.” Their no-nonsense approach is working. Under their leadership, Tennessee has created 70,000 jobs in the private sector and is drawing national attention for record-setting growth. In 2013 alone, the state attracted 6,900 jobs and $3.2 billion in capital investment from industries ranging from automotive production to corporate headquarters. While Tennessee’s business climate, logistics, workforce and quality of life give it a competitive edge, relationship building has been key to winning deals.

“Tennessee has a lot of strong selling points that we can articulate on paper, but it’s personal relationships that build the confidence a corporation needs to commit billions of dollars,” Hagerty says.

The commissioner and the governor spend much of their time on the road, meeting face to face with corporate executives across the county, listening to their needs, and making the pitch for Tennessee. Companies appreciate the personal touch. During a recent tour of a Fortune 500 company in another state, the CEO thanked the men for coming, noting it was only the second time a governor had visited.

“Both of us have an appreciation for the fact that showing up matters,” Hagerty says. “It makes a difference, and it translates into business success.” It mattered to Beretta, the world’s oldest firearms manufacturer, which announced its intentions in summer 2014 to relocate all of its manufacturing operations to Gallatin, ramping up earlier plans to build a new $45 million manufacturing and R&D facility in Tennessee. Hagerty initially reached out to the Italian gun maker following talk of gun-control legislation in Maryland, where the company based its U.S. operations. When Beretta decided to look outside the northeast for growth, Hagerty and Haslam flew to Italy to meet with family members operating the 16th-generation industrial dynasty.

“We had a terrific bonding experience, toured their factory and invited them back to Tennessee,” Hagerty says. Developing personal ties also made a difference in South Korea, where Hagerty and Haslam traveled soon after the country signed a free trade agreement with the U.S. Visits like these have forged relationships with national and corporate leaders that have spurred business deals, including foreign direct investments by South Korean automotive suppliers Hankook Tire, which is building a $800 million Clarksville manufacturing facility, and SL Tennessee LLC, which is investing $80 million to expand its Clinton plant.

Hagerty’s background in global business prompted him to launch the TNTrade initiative to help small and medium-sized companies tap into exporting opportunities, and his experience as an investor and entrepreneur have driven his efforts to boost access to early-stage capital for startups through LaunchTN. Both he and Haslam have also taken a more streamlined approach to economic development in the state that depends on fewer people to achieve greater results.

“We have 49 fewer positions than when we started, and have broken every record in terms of job development, capital investment and economic growth,” he says. “We have an exceptional team – that’s the reason why.”

Building on that momentum is the top focus for Hagerty going forward, which means more road trips. “We are trying to find companies that belong in Tennessee and get them to move here – and it’s working” he says.