Tennessee Craftsmanship Brings Out The Best in Global Brands

Whether its homegrown specialty products or international products, Tennessee gains a reputation as a home for iconic brands. 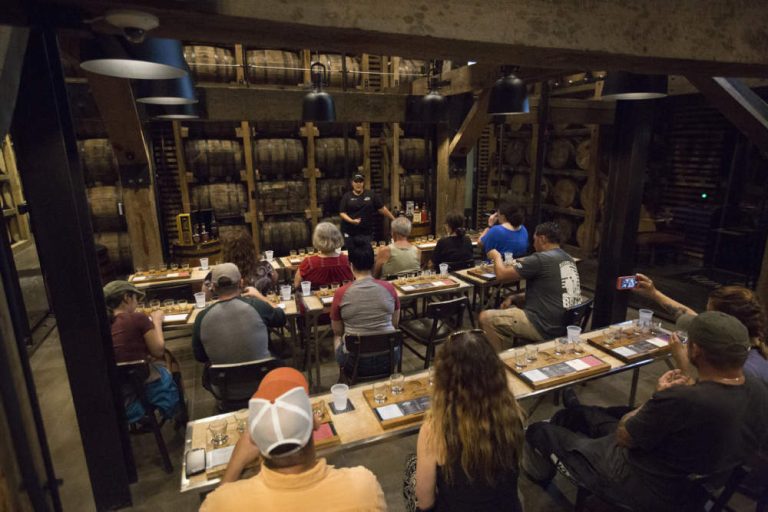 It is home to one of the all-time best-known names in whiskey, top-selling vehicles for leading automakers and guitars that have played some of the world’s most popular music, each sharing a reputation for craftsmanship produced and perfected in Tennessee.

Iconic products with names like Jack Daniel’s, Gibson Guitar, Nissan, GM and Volkswagen all share a Made in Tennessee label and a level of handcrafted precision unique to the Volunteer State and recognized worldwide.

In Tennessee, manufacturing is an art form. This is true at the Jack Daniel’s Distillery in Lynchburg, which combines state-of-the-art fermentation and testing equipment with essentially the same process and recipe its founder developed more than 150 years ago. Its spirits are distilled using water from a cave spring hollow, mellowed with sugar maple charcoal and stored in white oak barrels until matured to perfection.

“We make the whiskey that speaks to what Jack would have wanted,” says Jack Daniel’s master distiller Jeff Arnett.

Detailed craftsmanship also makes guitars produced at Gibson Guitars in Nashville the most coveted among the world’s most accomplished musicians. Guitars are shaped, finished, finessed and tuned by workers who view themselves as artists and pour their passion into every step of the production process. Global sales for models from the legendary Les Paul to the high-tech Firebird X keep the plant operating at full capacity.

Not only does workmanship and artisan strength make Tennessee manufacturers globally competitive, these attributes are also bringing an influx of jobs and investment into the state from other internationally renowned brands.

GM, Nissan and Volkswagen have all boosted their investment at automotive plants across the state to increase the capacity and models of vehicles they produce in Tennessee. Korean manufacturer Hankook Tire is investing $800 million to open its first U.S. manufacturing facility in Clarksville.

Tennessee is also the location of choice for the world’s oldest manufacturer Beretta. The Italian-based maker of sporting and military firearms is building a $45 million manufacturing and R&D facility in Gallatin, where it will soon shift all of its U.S.-based production.

Along with offering Beretta a prime site in a right-to-work state and a business-friendly environment where it could grow, Tennessee impressed the fabled firearms maker with its tradition of manufacturing excellence.

“We are convinced that we could find no better place than Tennessee to establish our new manufacturing enterprise,” says Franco Gussalli Beretta, executive vice president and a director of Beretta U.S.A. Corp.

Where Brands Are Built

Other global manufacturers are also choosing Tennessee to make premium products. Whirlpool produces high-end cooking appliances and Duracell makes all of its C- and D-cell batteries in Bradley County. Electrolux makes large kitchen ovens at factories in Memphis and Springfield.

Unilever produces ice cream and novelty products in Covington for familiar consumer lines such as Good Humor, Klondike, Breyers and Popsicle. In 2013, the international consumer products firm announced plans to expand the facility into the world’s largest ice cream plant and grow employment to more than 1,000.

For plant manager Marquise Young, who grew up in Covington, working at Unilever and seeing it become such an important part of the community has been gratifying.

“It means a lot to me to be able to stay in my community, work for an international company and make iconic brands,” Young says.

Gallagher gathers the best wood and materials to produce its guitars and makes them by hand in small batches of about 70 a year. Its models range in price from $3,500 to $20,000, but all are high quality.

“We could have gone into mass production years ago, but that would not have been right for us,” says Stephen Gallagher, who operates the business with his father, Donald. “There is no substitute for craftsmanship, and our guitars are special.”

The company expanded in 2013, replacing its melt center and adding a sand center and molding machine.

“The changes in our company are extraordinary,” says Henry Lodge, president of Lodge Manufacturing. “If my great-grandfather, Joseph Lodge, returned today, he would be amazed and impressed.”