Skip to content
Home > TN > Education, Careers & Opportunity > Tennessee Emerges as the Leader of the Pack 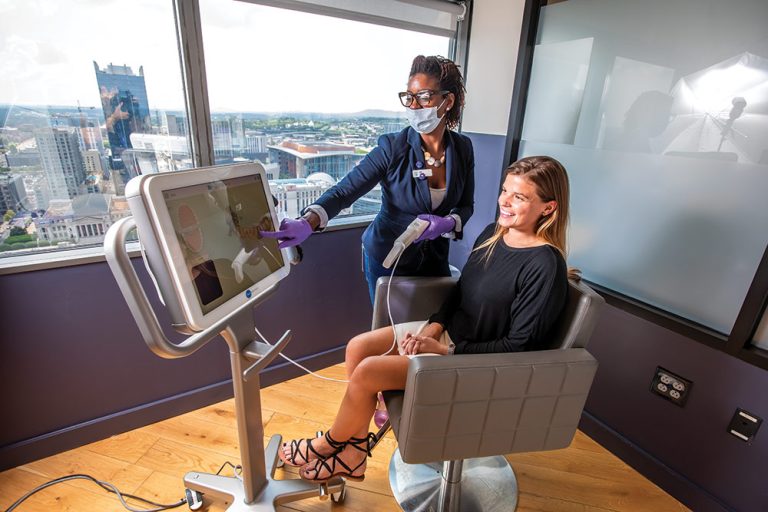 Under the leadership of Gov. Bill Lee, Tennessee has parlayed a winning combination of affordability, low business costs, a prime location, superior transportation infrastructure and a high-quality workforce into an economic powerhouse that generated more than $3.2 billion in new private investment in 2019 alone.

Tennessee Economic and Community Development Commissioner Bob Rolfe leads a team that has generated a string of superlatives, including ranking No. 1 among states in labor force growth rate, labor force participation and small business employment growth.

Globally known brands make their home in Tennessee, including FedEx, Dollar General, International Paper, AutoZone, Bridgestone Americas and Jack Daniel’s. Amazon’s East Coast operations center and AllianceBernstein in Nashville, ICEE’s headquarters in La Vergne, and Mitsubishi’s North American headquarters in Franklin are just a few of the state’s major recent corporate success stories. Tennessee companies were integrally involved in the response to the COVID-19 crisis. Famed Tennessee whisky maker Jack Daniel’s transformed one of its distilleries to produce hand sanitizer. And global logistics giant FedEx, which is headquartered in Memphis, ramped up its efforts to transport and deliver essential personal protective equipment and other supplies critical to COVID-19 relief efforts.

The state is home to more than 1,000 foreign-based businesses that have invested over $40 billion in capital and employ nearly 150,000 Tennesseans. More than $10 billion of that investment has come since 2011.

Foreign direct investment (FDI) projects are in 75 of the state’s 95 counties and one in three projects that have received state incentives have been FDI projects.

While FDI in manufacturing projects is significant in the state, Tennessee has also landed U.S. or North American headquarters for major companies, including Nissan, Bridgestone Americas and Hankook. That reputation for attracting global companies was enhanced in 2019 with the announcement that Mitsubishi Motors would relocate its North American headquarters from California to Williamson County.

Tennessee is a logistics leader, strategically positioned for access to major U.S. markets, 76% of which are within a day’s drive of the state. The state’s transportation network includes access to eight interstates, several major river ports, international and regional airports, and extensive rail service. Anchored by the FedEx World Hub in Memphis, the state is a logistics powerhouse, home to 16,700 distribution-related establishments.

ORNL’s staff of more than 5,000 in Tennessee includes more than 3,200 scientists and engineers (800 scientists were hired in 2019 alone). ORNL houses several of the world’s top supercomputers and is a major center of research in areas that include neutron science, nuclear science, clean energy and advanced materials.

Tennessee’s access to talent, higher education assets and research facilities have attracted a number of research and development centers of excellence. Among them are health care tech giant Philips, which consolidated its North American business services in Nashville, and Booz Allen Hamilton, which selected Knoxville for a research and development project that will include engineering, prototyping and testing for a variety of technical systems.

Tennessee can write a compelling livability story, as well – one that helps it draw talent from around the world. Affordability, including no state income tax, an abundance of career opportunities, world class arts and entertainment, and access to spectacular outdoor options make the state a talent magnet.

Nashville and Memphis are entertainment hubs, drawing creative talent from around the world. Beyond the larger cities, communities across Tennessee have invested in their downtowns, creating opportunities for unique local businesses and giving residents new places to live, work and enjoy. Initiatives, such as the Tennessee Main Street program and the affiliated Tennessee Downtowns, have provided support to kickstart those efforts in numerous communities across the state.