Learn how FedEx World Hub in Memphis has made Tennessee a logistics and distribution leader. 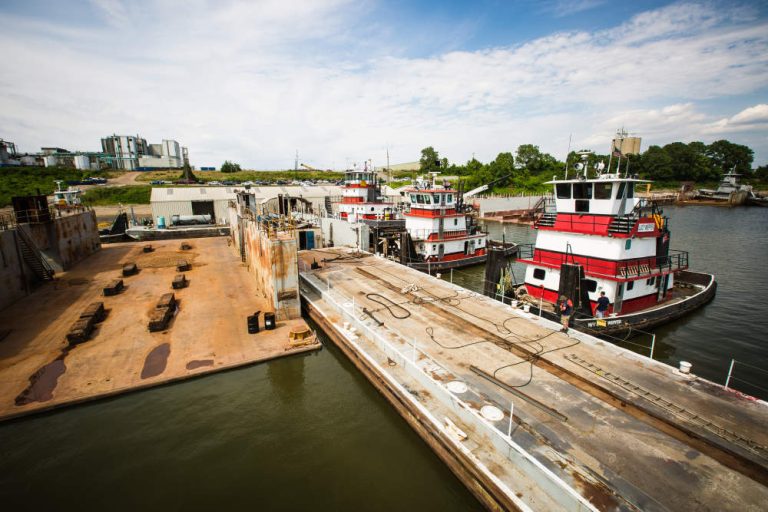 When searching for the right place to locate its newest distribution center, Under Armour kept coming back to Tennessee. Not only did the state put the nation’s fastest growing sports retailer at the center of its growing customer base in the Southeast, but it also offered the company proximity to a major city with several interstates as well as plenty of space for its 1-million-square-foot distribution house – its third in the United States. From its Mount Juliet site located along I-40, Under Armour can reach two of the top air freight providers – the FedEx World Hub in Memphis and the UPS Worldport in Louisville – in just three hours. The site also allows trucks to easily connect with north-south and east-west interstates that run through downtown Nashville, while driving against traffic when traveling back to the site.

“We have product coming in from California, Miami and New York, and we have pretty good spokes for all of those locations coming into the Nashville hub with all of its highways,” says Tony Brown, vice president of global logistics for Under Armour.

Anchored by the world’s second-largest air cargo hub, a network of major interstates, service from six of the largest U.S. railroads, and a western border hugging the Mississippi River, Tennessee has a strong arsenal for moving goods quickly and efficiently anywhere around the globe. Along with a sophisticated and integrated transportation network that ranks among the nation’s best for global access and infrastructure, Tennessee is blanketed by prime industrial sites, including 34 certified as shovel-ready.

The newest is the 4,100-acre Memphis Regional Megasite, which straddles Haywood and Fayette counties and offers advantages for large manufacturers with its central location, robust infrastructure and certification by McCallum Sweeney Consulting through the Tennessee Valley Authority’s Megasite Certification program. Manufacturers also benefit from Tennessee’s 1,046 miles of navigable waterways and access to the Gulf Coast via ports at Cates Landing in Tiptonville and Memphis.

As an ice-free port with no locks or dams, the Port of Memphis – the fifth-largest U.S. inland port with an economic impact of $8.4 billion – is capable of moving three times the amount of product as barges in the upper part of the Mississippi River, according to Port Director Randy Richardson. “For heavy manufacturers, it’s a very economical way to move raw products,” Richardson says.

That advantage, coupled by close proximity to interstates 55 and 40, five Class I rail providers and the FedEx World Hub, has attracted major manufacturers like Mitsubishi and Electrolux to area. Access to multiple modes of transportation in such a concentrated area “provides industries with options, and wherever you have options, you have cost savings,” Richardson says. Industry on the Move Tennessee’s multimodal infrastructure assets and geographic position to major U.S. markets are fueling a booming logistics industry. Transportation, distribution and logistics firms employ 254,509 people statewide, with employment projected to grow by 12 percent over the next 10 years.

The state ranks No. 1 in the Southeast and sixth in the nation for employment in truck transportation and No. 10 for warehousing and storage employment. Along with FedEx, Tennessee is home to Chattanooga-based U.S. Xpress, the nation’s fourth-largest privately-owned truckload carrier, with 6,000 trucks and 19,000 trailers. The company is a major truckload provider for firms distributing products to industrial and retail markets across the eastern U.S., and its base in Tennessee puts the firm in the middle of the action.

“Most of the major highway arteries for the eastern half of the nation touch Tennessee in some form or fashion,” says U.S. Xpress CEO Max Fuller. “The work ethic here is also the best in the nation.”

Other top transportation and logistics firms headquartered in Tennessee include Averitt Express in Cookeville, Ozburn-Hessey Logistics in Brentwood and Covenant Transport in Chattanooga. Knoxville is the headquarters for Pilot Travel Centers, the nation’s largest chain of retail travel centers and travel plazas. Reputable firms like Amazon, Nike and Macy’s are also discovering the state’s advantages for distribution and warehousing. Amazon chose Nashville for one of its eight sorting centers and operates fulfillment centers in Murfreesboro, Lebanon and Chattanooga. Memphis is home to Nike’s largest distribution center in the world – an operation it continues to grow. Total Quality Logistics recently launched expansions in Knoxville and in Nashville, and Under Armour expects to add 1,500 jobs over the next five years as it ramps up operations in Mount Juliet.

“We are very pleased with where we are,” Brown says. “We like being in the Nashville area, and the more we come down here, the more we fall in love with it.”