Find out how Tennessee's resources for entrepreneurs are creating a new wave of innovative companies. 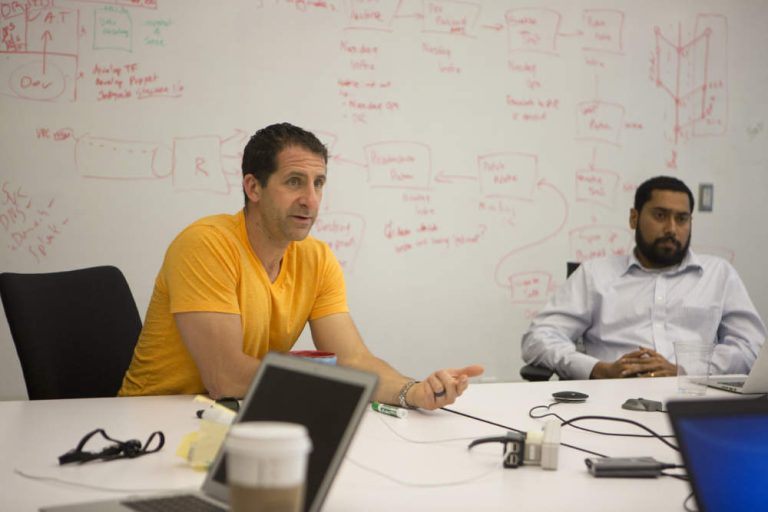 Tennessee’s entrepreneurial engine is firing on all cylinders, fueled by a network of programs and resources that are helping startups get the from the drawing board to the launch pad. The state’s innovation culture can be seen in the proliferation of tech-oriented startups that are attracting venture investment, in the labs of major research hubs such Oak Ridge National Laboratory, the University of Tennessee and Vanderbilt University and in the network of accelerator facilities and programs available across the state.

Venture capital investments in Tennessee companies jumped 33 percent in 2014, rising to their highest level since the early 2000s, according to the MoneyTree Report, a quarterly tracking of venture investments compiled by PricewaterhouseCoopers and the National Venture Capital Association using data from Thomson Reuters. The state has been a key igniter of entrepreneurial innovation. Gov. Bill Haslam created LaunchTN, a public-private partnership to stimulate development of high-growth companies. Since its inception, it has helped launch more than 350 companies, creating 1,500 jobs and attracting $99 million in venture funding through the Incite co-investment fund.

“Tennessee has become an incredible place for entrepreneurs to access the necessary resources to start and grow a business, says LaunchTN CEO Charlie Brock. “We are encouraged by the confluence of events, activities and people that are propelling this state to become a national leader for entrepreneurship and innovation.”

Since 2012, Launch Tennessee has reorganized the accelerator network so that many cohorts focus on a specific industry that is also a regional strength. LaunchTN has produced and hosted an annual event focused on Southeast entrepreneurship and Southern culture. The 2015 event, titled 36|86, brought over 900 attendees, 86 investment firms and more than 50 speakers to Nashville to highlight the best startups, makers, innovators and culture the Southeast has to offer.

Franklin-based Digital Reasoning, a machine-learning software company that develops programs that teach computers how to understand and analyze data and language, initially targeted government clients. A $24 million investment round led by Goldman Sachs and Credit Suisse led the company to enter the financial services market. It was the company’s third round of capital from outside investors, including the 130-member Nashville Capital Network. The Nashville office has grown from about 10 employees when Rob Metcalf, came on as president and COO in 2010, to about 50 today. The company also has offices in Washington D.C., New York and London.

Metcalf says the company plans to stay put in Nashville given the strong cultural advantages and its growing national profile. With Nashville’s prominence in health care, the company is exploring a move into that sector as well, Metcalf says. In Chattanooga, avid outdoor sportsman Fynn Glover started RootsRated after being disappointed in the online reviews of outdoor experiences. He and his co-founders drove 16,000 miles collecting information from 1,000 college students about finding information for outdoor activities.

The site launched to provide objective, curated information from high-level local reviewers who are often a source for information among their friends and customers. The site features outdoor activity reviews from 22 cities and has 80 more in the works. The company is rolling out interactive kiosks at independently owned outdoor shops in two dozen cities while seeking funding in LaunchTN events.

To boost publishing startups, La Vergne-based publishing company Ingram Content Group launched a new accelerator program, 1440, named for the year Johannes Gutenberg perfected his printing press. Built on the belief that publishing innovation has the power to change the world, 1440 aims to find and accelerate startups in the publishing industry. The program, launched in September 2015, consisted of an intensive 14-week process designed to accelerate the growth of up to 10 startups.

Participating companies will receive a $30,000 investment for 10 percent equity and will be mentored by seasoned experts at Ingram Content Group. The expertise of Ingram Content Group will be supplemented by the guidance of The Nashville Entrepreneur Center and Jumpstart Foundry, both of which boast impressive track records launching new businesses. 1440 will begin on the heels of Jumpstart Foundry’s flagship accelerator, whose participants will graduate in August at Health:Further and The Nashville Entrepreneur Center’s Project Music, which launched eight music technology companies.

“At Ingram Content Group, we pride ourselves on constantly looking for innovative technologies and ideas to help our customers improve their business,” says John Ingram, chairman and CEO and chairman of The Nashville Entrepreneur Center. “We’re excited to collaborate with the EC and Jumpstart Foundry to advance the publishing industry.”